Vietnam veteran, 70, shot dead in his home during dispute with granddaughter’s boyfriend ‘who she allowed in during the night’

Vietnam veteran Jamie Mintz, 70, was killed at his home after getting into a fight with his granddaughter’s boyfriend

A Vietnam veteran was allegedly killed at his home after getting into a fight with his granddaughter’s boyfriend.

Officers responded to the scene in Detroit at around 4.38 am on Monday where they found the man dead of a gunshot wound to the chest.

Jamie Mintz, 70, was killed in his home Monday by a boy, 16, that his granddaughter had allowed into the home, family members said.

The teenager was the girl’s boyfriend, WXYS reported. When Mintz realized the boy was in the house, he asked him to leave.

An argument subsequently ensued which ended with a struggle over a gun. The gun discharged and Mintz was fatally wounded.

The suspect fled in an unknown direction and police were sill searching for him on Monday afternoon.

It is understood he still had the weapon on his person. It has yet to be confirmed who owns the gun or whether it was legally owned.

The incident happened at a home in the 9900 block of Mansfield, which is on the city’s west side near Greenfield and West Chicago. 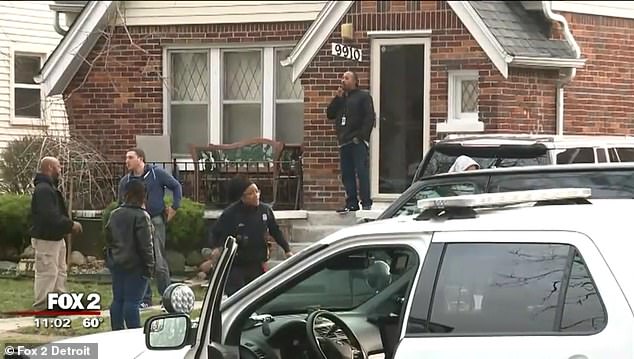 The happened at a home in the 9900 block of Mansfield, which is on the city’s west side

Distraught family members said the victim had surveillance cameras inside and outside the home. However it has yet to be determined  if there is footage of the fatal shooting.

They told Fox 2 Detroit that Mintz was a loving family man and a great neighbor.

Mintz had recently celebrated his 70th birthday. Pamela McGee, the victim’s sister-in-law said: ‘I spoke to him yesterday and he asked me would I come by and I said okay I’ll see you tomorrow. 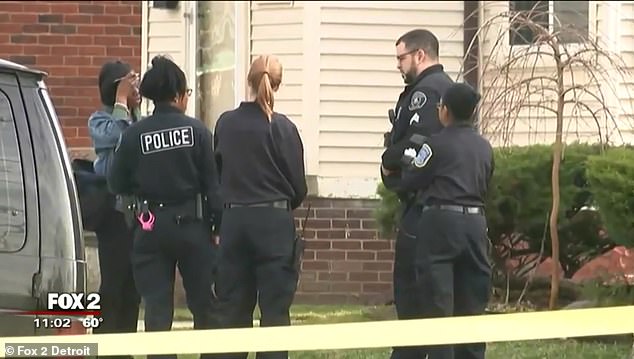 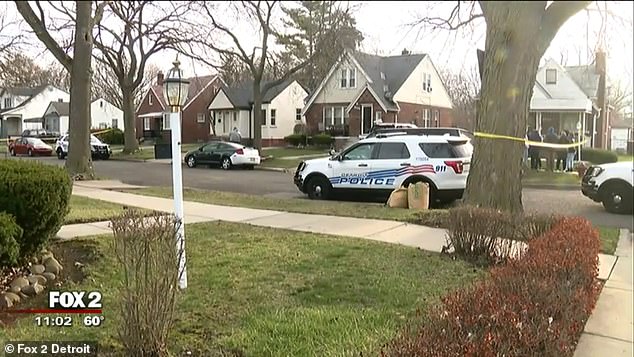 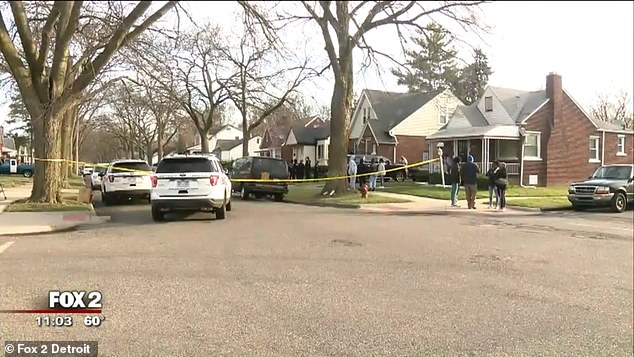 ‘Then they woke me up saying that Jamie is gone, he has been shot.

‘Jamie was a good guy, he had no enemies, he was a good father, a good uncle, a good brother-in-law, a good husband.’

Another family friend said: ‘I am really in disbelief.’ He was so laid back, real easy to talk to, easy-going, real easy to get along with.’

Mintz was married to his wife for 40 years but she died several years ago.