Vietnamese brides say ‘I do’ to South Korea

When baby-faced Huynh Thi Thai Muoi left her home in rural Vietnam to begin a life in South Korea with a man she barely knew, she feared it was a gamble as she didn’t speak the language and knew little about her new home

When baby-faced Huynh Thi Thai Muoi left her home in rural Vietnam to begin a life in South Korea with a man she barely knew, she feared it was a gamble.

She didn’t speak the language, her new husband was nearly twice her age, and she knew little about her new home, but the 23-year-old high school dropout was looking for love — and a fresh start.

“I want a new life, I want to challenge myself and see whether I can thrive or not,” said Muoi, whose chubby, acne-marked cheeks make her look younger than she is.

Muoi was introduced to 43-year-old bachelor Kim Kyeong-Bok through her cousin, who is also married to a Korean, and the couple wed within days of meeting.

She is one of some 40,000 Vietnamese brides in South Korea, a top destination for women looking for love and a ticket out of poverty. Many know little about the country beyond K-pop bands or Korean movies and end up marrying virtual strangers.

But for Muoi, her new life in the city of Gwangju — and her new husband — have, so far, surpassed her hopes.

“My husband really loves me, more than I expected,” she gushed. 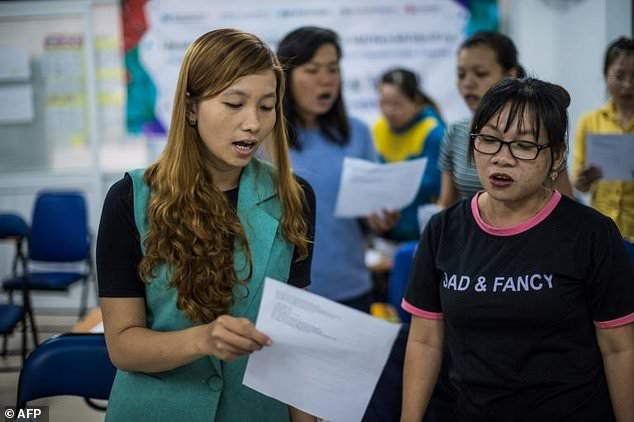 There are some 40,000 Vietnamese brides in South Korea, a top destination for women looking for love and a ticket out of poverty. Many know little about the country beyond K-pop bands or Korean movies and end up marrying virtual strangers

Despite the language barrier, Kim is teaching her to shop and cook, and hopes she will make friends at a nearby community centre for foreign brides.

“When I first met her, I thought to myself, ‘this is the woman who will become my wife’. I was very happy,” explained Kim, who had rejected the first Vietnamese girl presented to him as a bride option.

But Muoi is one of the lucky ones. Many other Vietnamese women have found their new lives are not what they dreamed: thousands have returned home divorced and unhappy.

“The women don’t have enough information about either their husbands or what migrating and living in Korea would be like,” said Youn Sim Kim, director of the Korea Center for United Nations Human Rights Policy (KOCUN), an NGO in southern Can Tho province where many of the brides come from.

One in five Vietnamese-Korean couples filed for divorce in 2015, according to the latest data from Statistics Korea.

“I thought life would be okay like it was in Vietnam, maybe the only difference would be the food,” said Le Thi The, a divorcee now living in Can Tho. 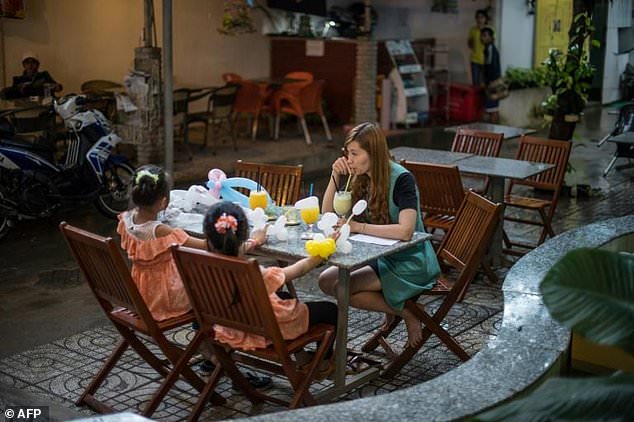 “I thought life would be okay like it was in Vietnam, maybe the only difference would be the food,” said Le Thi The, a divorcee now back in Vietnam. Her marriage to a South Korean ended in tears days after she arrived

The honeymoon period abruptly ended days after she arrived and discovered her husband was not the man she thought he would be.

“I asked him to come home and he got mad at me, he threw all my stuff out of the house,” The said.

Most Vietnamese brides usually settle in rural areas in South Korea, a prospect that has become less attractive to eligible Korean women who have streamed into fast-growing cities to climb the career ladder. An increasing number say that marriage isn’t a must.

“In some of those areas there’s a gender imbalance, whereby a lot of the South Korean women who are from the rural areas are migrating to urban centres, leaving a shortage,” said Paul Priest, acting chief of mission at the International Organization for Migration in Vietnam.

The bulk of women filling the marriage gap come from Vietnam’s Mekong Delta or rural China, largely drawn to South Korea’s dizzying pace of development of the past half century.

The headache continues for returnees to Vietnam since their divorces aren’t legally recognised and their Korean-born children aren’t immediately eligible to attend local schools.

Mother-of-two Nguyen Thi Kim Han married a Korean man in 2007 to help her poor family. But he turned out to be a closeted gambling addict who emptied the family’s bank account — twice.

“At first he was nice with a gentle manner, we didn’t have that much money but it wasn’t that important,” she told AFP, sobbing.

But she later discovered he lost all their money in poor trades on the stock market.

“Not a single penny left… I was in shock,” Han said.

After he did it a second time, she took the girls back to Vietnam, but struggled to get them into school, eventually managing with KOCUN’s help. 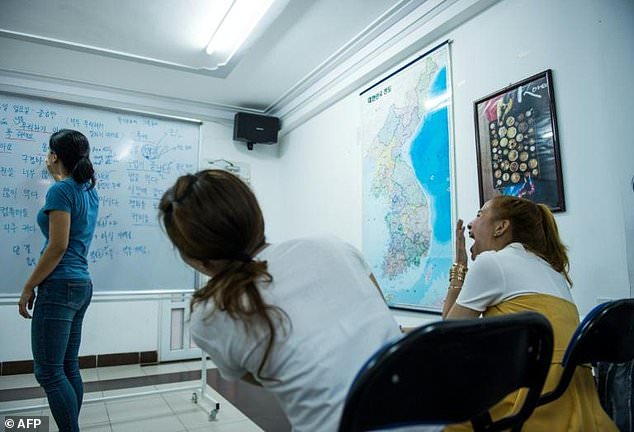 New Vietnamese brides often seek help from the Korea Center for United Nations Human Rights Policy (KOCUN), which prepares them for life in Korea, with lessons on climate, culture, language and local food

Established in 2011, the centre prepares brides-to-be for life in Korea, teaching them about climate and culture, language and local food, and also supports returnees.

Most couples meet through illegal marriage brokers in Vietnam, notorious for arranging bride-viewing sessions for Korean men in seedy backrooms.

But police in Vietnam have cracked down on the brokers, and the South Korean government has tightened visa rules, so such foreign marriages are starting to decline.

Muoi is optimistic about her new relationship, but concedes her life in South Korea can be very lonely.

Some days to alleviate the boredom she joins her husband at the office, sitting quietly as he works.

Muoi talks to her family daily on the smartphone Kim bought them, but is still desperately homesick.

“Every time I think about them, I always cry,” she said.