Melbourne’s north-west is on high alert following a series of shop and restaurant robberies, assaults on customers and open-air fights.

One Vietnamese teenager has had enough of the violence in St Albans and wants revenge.

‘There will be huge conflict. We need to take action,’ he told A Current Affair from an undisclosed location.

The Blood Drill Killers are the latest African youth gang to be allegedly unleashed on Melbourne, following previous rampages across the Victorian capital by Menace to Society and Apex.

Fearing more attackers, the Vietnamese teenager vowed there would be vigilante action.

‘We must mass protest right now, and band together and hurt any African youths in our way,’ he said. 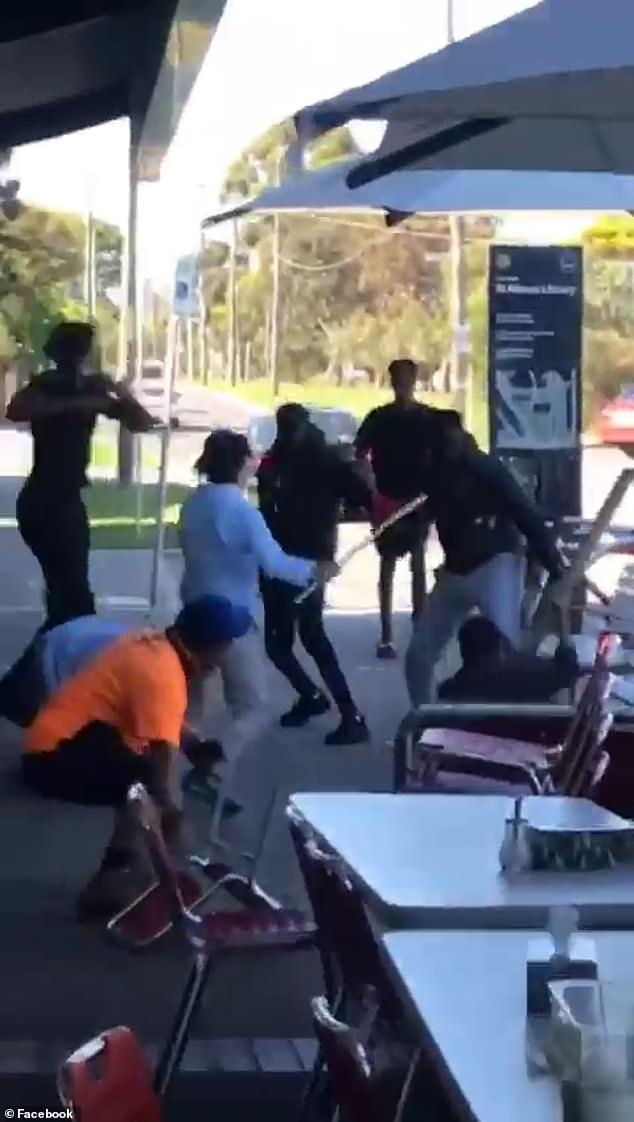 Melbourne’s western suburbs are on high alert following a series of shop and restaurant robberies, assaults on customers and open-air fights (pictured are patrons being attacked at the B&D Kitchen in St Albans) 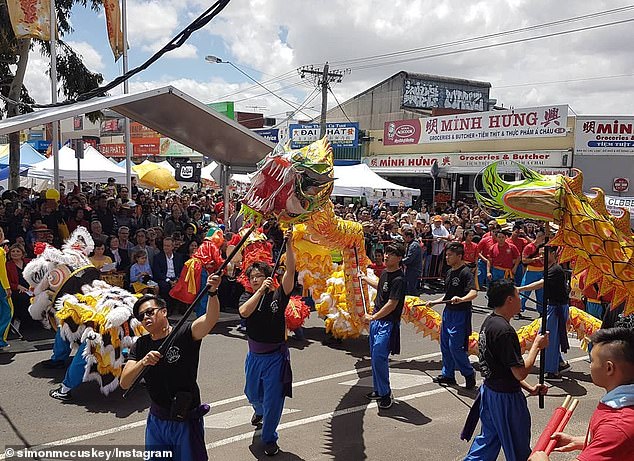 The warning comes just days after a gang of African teens was filmed brawling with middle-aged Vietnamese men dining outside the Song Huong restaurant on Alfrieda Street in St Albans, in Melbourne’s north-west.

It is the very same street where the Lunar New Year will be celebrated, with the thoroughfare transformed into a festival featuring stalls, food, entertainment, bands, rides, fireworks and dancing.

African Blood Drill Kill gang members, aged from 14 to 17, left a trail of destruction in the lead-up to Christmas. 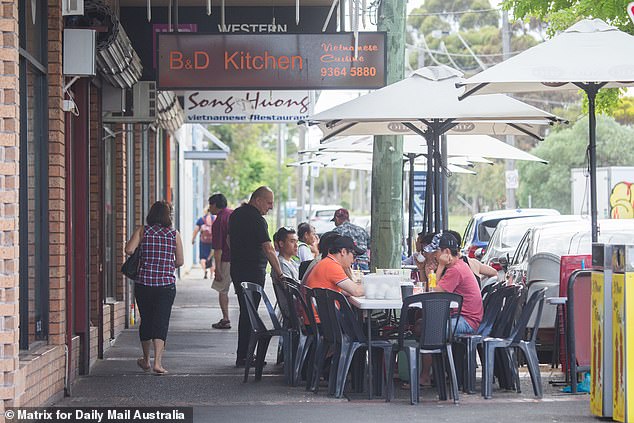 On Christmas Eve, a 46-year-old man was hospitalised with cuts to his face after African youths allegedly attacked the Song Huong Vietnamese restaurant in St Albans.

The previous day, 20 youths armed with baseball bats threw tables and chairs at patrons outside B&D Kitchen next door.

On December 19, there was another attack in the area which led to an alleged juvenile gang member being charged with robbery and assault.

On Friday, scores of frightened and angry shopkeepers told Daily Mail Australia that they feared the law would be taken into their own hands if police did not step in to halt the violent teen thugs. 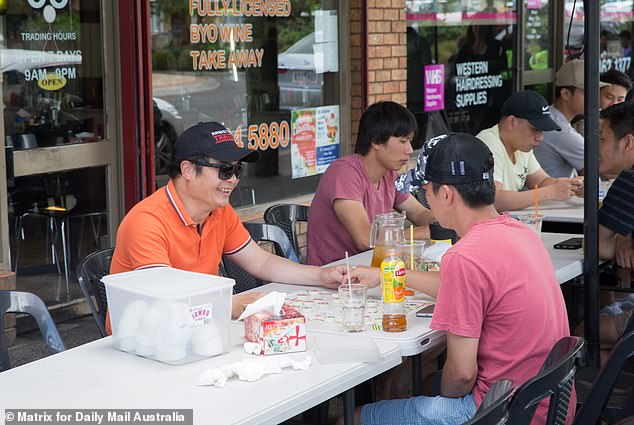 One female shopkeeper, who herself had been a victim of multiple, brutal attacks by African teens,  said she feared the Vietnamese youth would rise up against the thugs.

‘I haven’t seen the police until the past few days,’ she said.

The young woman, who is in phone sales, told Daily Mail Australia she had been attacked twice inside her shop.

So brutal were the attacks that one left her with a huge gash in her scalp after a teenage thug smashed her over the head with a phone he was stealing.

A customer was also attacked.

She and her neighbours all called triple zero, but police did not come.

‘They told us they couldn’t come. They were too busy,’ one man said of the attack.

His wife had chased out a gang of youths from their shop not long before the attack.

The violence hasn’t been confined to Melbourne’s western suburbs with a gang of African youths on Friday storming on Chelsea Beach, in the city’s south-east, before allegedly smashing a glass bottle over a teenager’s head, assaulting multiple swimmers and stealing their wallets. 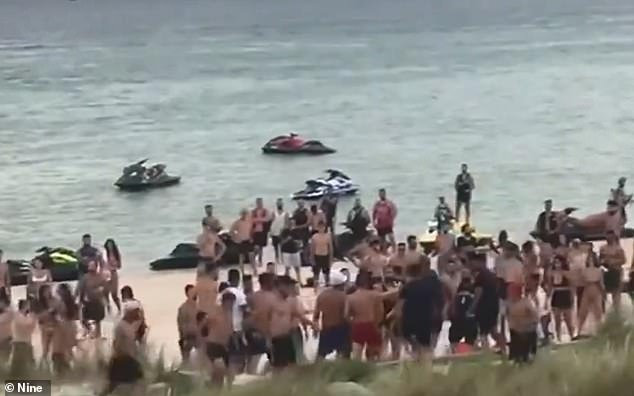