After 53 years, Italy brings the European Championship back to Rome. A collective shock and a match that was an excess of stress that overturned all the sophisticated preparation.

Here, Sportsmail reflects on how the final unfolded, and the scenes that have taken place in Italy.

ITALY WAS AFRAID OF LUKE SHAW

After only three minutes, Italy were crushed by full-backs Kieran Trippier and Luke Shaw, who attacked Emerson Palmieri and Giovanni Di Lorenzo and combined for the fastest European Championship goal after just two minutes.

Shaw’s great finish could have annihilated the hopes of an Italy side that initially  were intimidated by the sound wall of the 65,000 present at Wembley stadium – 58,000 English fans against the dreams of about 7,000 Italian supporters.

Immediately after conceding, Roberto Mancini scolded his players and demanded more aggression. He had restructured his team on England’s weak points, leaving Sterling and Kane in the grip of the two lions Chiellini and Bonucci, and wanted to see a lot more. 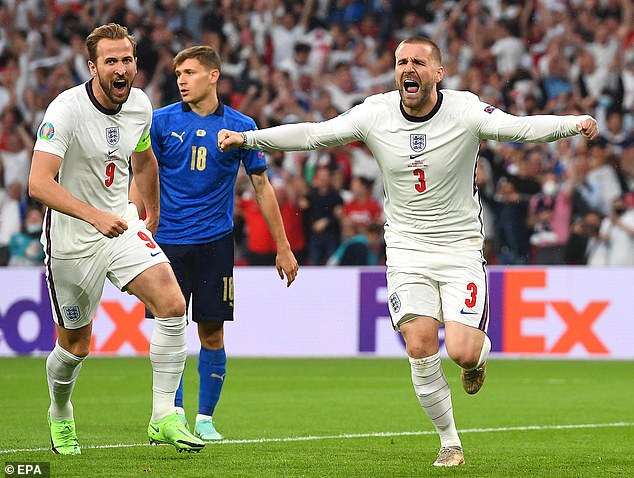 It is Leonardo Bonucci who becomes the idol of the magnificent Wembley night.

His goal gave Italy belief and courage, fundamental in the marathon of an endless match. Everyone was fighting, everyone was running but it was Bonucci who became a giant and has returned to being the defender and guard of a national team that becomes stronger every match.

Bonucci has always been a provocative player and at the end of the match against England he shouted: ‘You all still have to eat a lot of pasta.’

Speaking to Italian broadcaster Rai, Bonucci said: ‘They wanted to bring the cup back to England but we are the ones who will take it to Rome by plane. We were strong, louder than the noise of the whistles, during the warm-up. 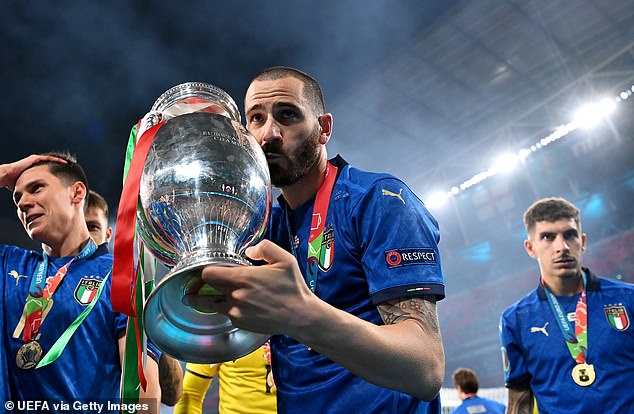 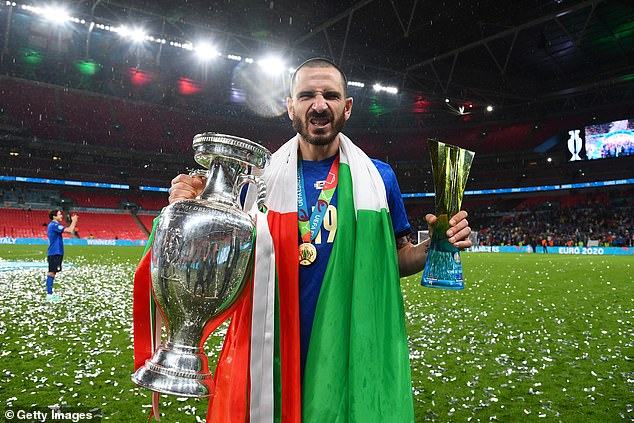 ‘I said to all my team-mates, “let’s plug our ears and play as we know how”. This team hasn’t lost in 34 games, we’re a fantastic team.

‘It’s an absurd enjoyment, 65,000 people who left before our award ceremony. We are having fun with this.’

Bonucci did not like the whistles during the Italian national anthem, an unpleasant situation that also greatly irritated the Italian bench of Mancini and Vialli.

During the match Bonucci often had small clashes with Kane and Sterling, demonstrating an extraordinary mental and psychological solidity that silenced over 65,000 English fans. 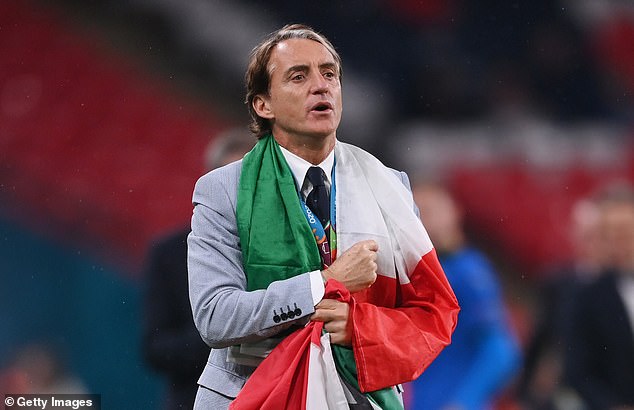 MANCINI AND VIALLI – THE MOST BEAUTIFUL EMBRACE OF ALL

The whole of Italy cried together with Gianluca Vialli and Roberto Mancini in the moment of their embrace: a wonderful photo that went viral on the web that delivered a unique and unrepeatable emotion to the album of memories of this country.

Among the many images of Italy’s success, this is the most beautiful, certainly the most moving because it reveals friendship, affection, love, pain, happiness, pride, tears of joy.

The hug will become iconic, a symbol of this Italy side that ascended to the throne of European champions at Wembley.

These two old friends lost the Champions League at Wembley in 1992 with Sampdoria defeated by Barcelona in the final. 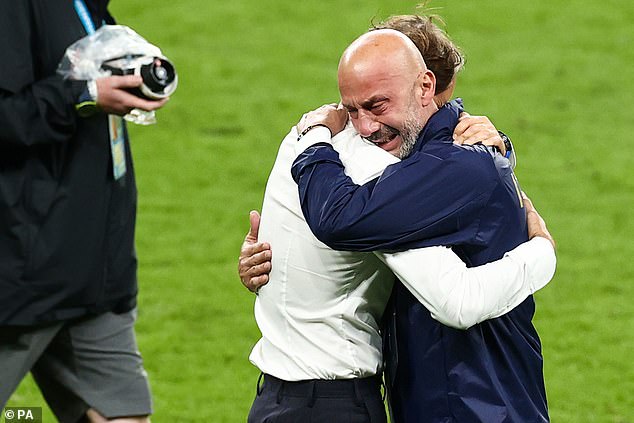 ITALY HAS NOT SLEPT

The Italian national team has a unifying impact on this country. From 8pm on Sunday all the cities were empty, the Naples ring road was deserted and all the shops had decided to close about 60 minutes early.

At Shaw’s goal, there was an apocalyptic, surreal silence. After 120 minutes and the extraordinary save by Donnarumma on Saka’s fifth penalty, the explosion of joy was immense with fireworks and blaring music on the balconies.

Bocelli’s ‘Nessun Dorma’ in some districts of Naples resounded as if it were the crowing of the rooster in the night, illuminated by fireworks, an explosion of joy with coffee served at all hours. 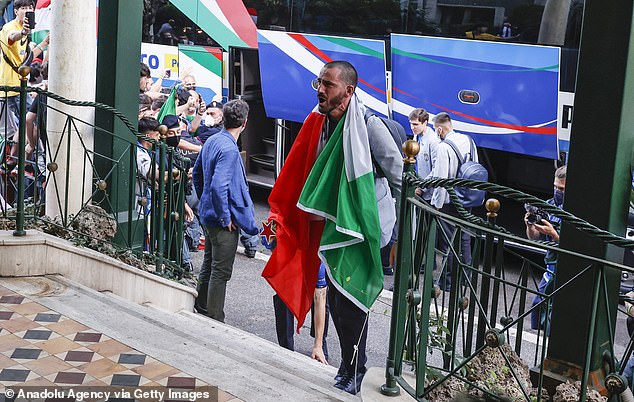 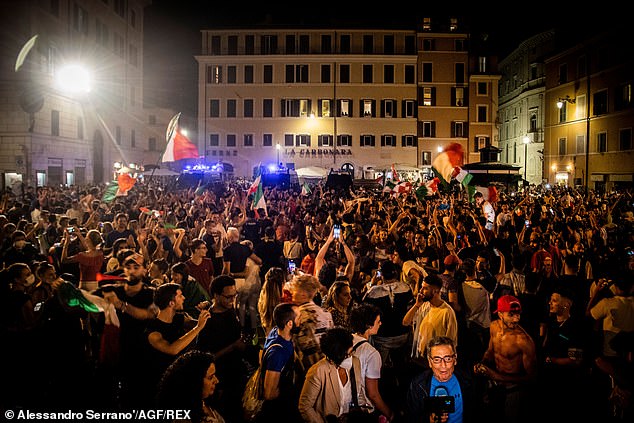 Two different generations combined their memories and emotions in a magical night. In the suburbs and in the centre of the great Italian cities, from Turin to Milan, from Naples to Rome to Bari choirs, flags and trumpets celebrated the victory.

A lot of police were in the street but the fear of Covid has not stopped the Italian party. Police were deployed in riot gear but there was minimal need for interventions. At the final whistle it was impossible for fans to contain their joy and mopeds and cars invaded the streets of the city.