Viewers of the BBC One documentary on Prince Charles this evening have heaped praise on him for being ‘ahead of the curve’ on environmental issues – and also love his eco-friendly Aston Martin that runs on white wine.

The documentary, Prince, Son and Heir – Charles at 70, aired on BBC One this evening and offered a fascinating portrait of the king-in-waiting and his passion for the environment.

Social media users were particularly impressed with a speech the Prince of Wales made in the 1970s warning about waste, watched by his sons Harry and William.

They were also full of praise for his Aston Martin Volante, which he’s had since the age of 21, and is now run on white wine, after he insisted engineers make it run in a more environmentally friendly way. 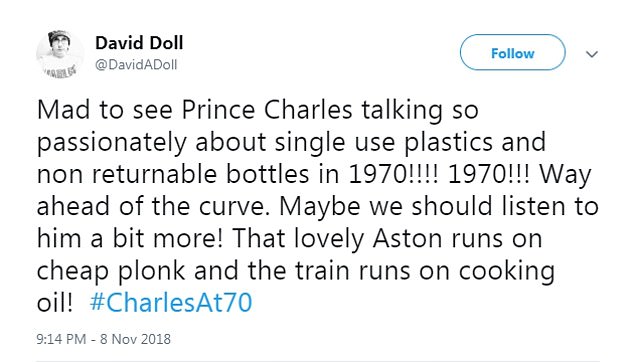 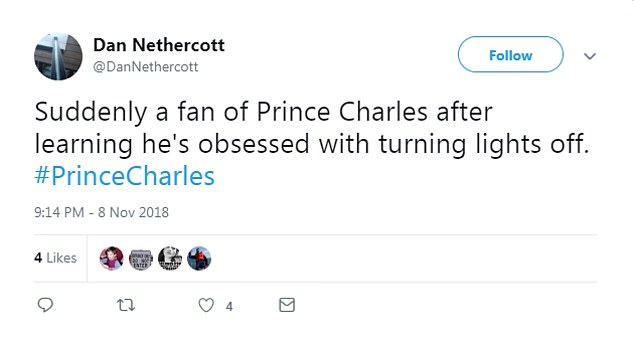 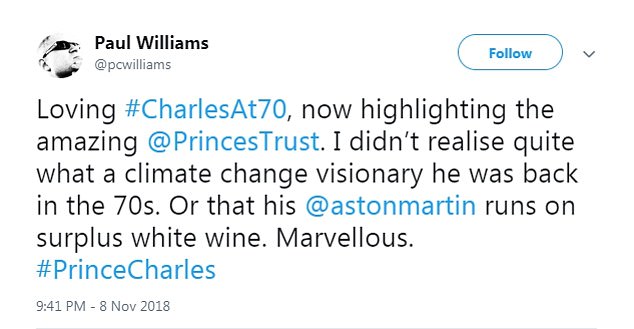 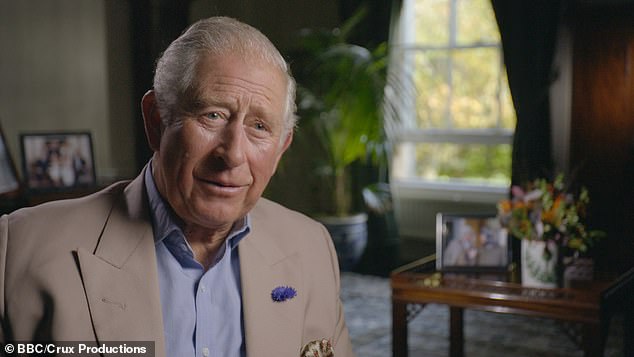 One social media user said: ‘Charles has always been ahead of the times especially when it comes to the environment #PrinceCharles.

Another said: ‘Prince Charles has an Aston Martin that runs on surplus white wine because it’s more efficient and cleaner than petrol, what a lad.’

His sons Harry and William sat in an empty cinema theatre to watch a speech by their father in 1970, described by Harry as ‘amazing.

In the speech Prince Charles shows he was a man before his time, talking about ‘indestructible plastic containers’ and the ‘mountains of refuse’ we will have to deal with in the future.

After the short clip, Prince William said: ‘The plastics that comes out.

The documentary featured candid contributions from family including his sons William and Harry and wife, the Duchess of Cornwall.

A number of fascinating facts came out about the heir to the throne, such as he is a workaholic, and often falls asleep at midnight with a memo stuck to his head.

The Prince of Wales also denied he would be a ‘meddling’ monarch when he succeeds to the throne. 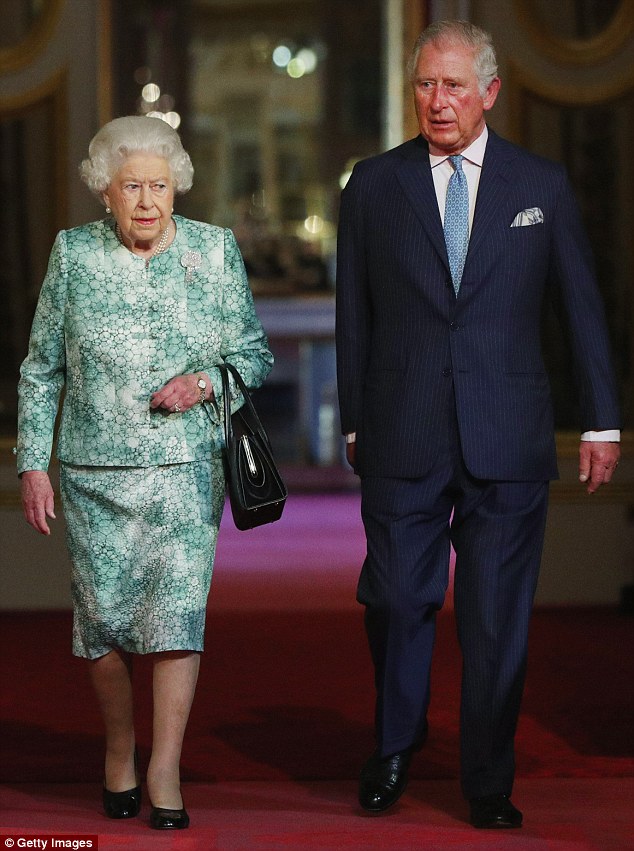