Viewers of A Royal Grand Design, which followed the King’s multi-million pound restoration of a stately home in Ayrshire have joked it is just like Channel 4’s Grand Designs – but without the budget constraints.

The hour-long programme, which took over a decade to produce, told the story of Charles’s ambitious plan to restore the Dumfries House, a 2,000-acre property in which faced a long descent into decrepitude.

It charted how the King (then the Prince of Wales) led a consortium which paid £45 million for the dilapidated estate in 2007 in a bid to save it from ruin and help regenerate the deprived local community.

While watching the programme on ITV this evening, viewers joked the project would probably go to plan much more closely than homeowners on Grand Designs, who often face setbacks and money issues as they aim to build their dream homes.

King Charles (pictured) featured in an hour-long special episode of Grand Designs tonight, in which he admits he enjoys the ‘most difficult challenges’

One viewer said: ‘Doubt [Grand Designs host] Kevin McCloud is going to tip up & they’ve run out of money on this one…’

Another joked: ‘The naughtily titled A Royal Grand Design on ITV at 9pm is no assemblage of palte glass or all-timber kit from Germany, but the saving of Dumfries house.’

In the programme, Charles showed Her late Majesty, who died on September 8 aged 96, the walled garden in the Scottish estate at its opening in 2014, while he showcased the completed outdoor centre to then Duke and Duchess of Cambridge in 2013.

Charles described the vast project as an ‘appalling risk’ – but he said it was worth it to help the local community, who suffered after the loss of the mining industry.

As well as restoring the main house, the initiative included bringing the walled garden, one of Europe’s largest, back to life, and adding a horticultural and education centre, a cookery school, textiles centre, STEM unit, and adventure playground, creating jobs in the process.

‘I wanted to try and make a difference to the local area. It had many of the worst indices of unemployment and ill health and everything else,’ Charles said.

‘I’m one of those people who rather likes taking on the most difficult challenges. I felt it was worth taking this appalling risk and taking out such a big loan.’ 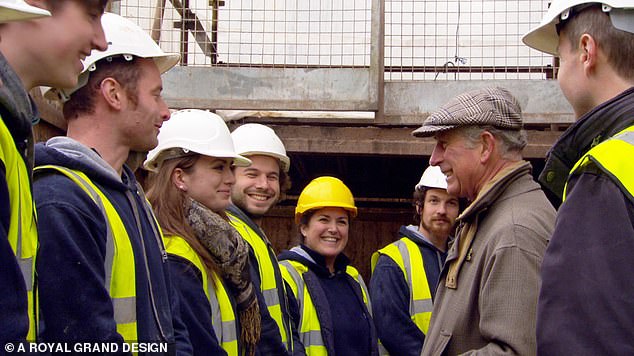 Royal special: During the episode, Charles is seen speaking to apprentices at Dumfries House in Scotland (pictured) 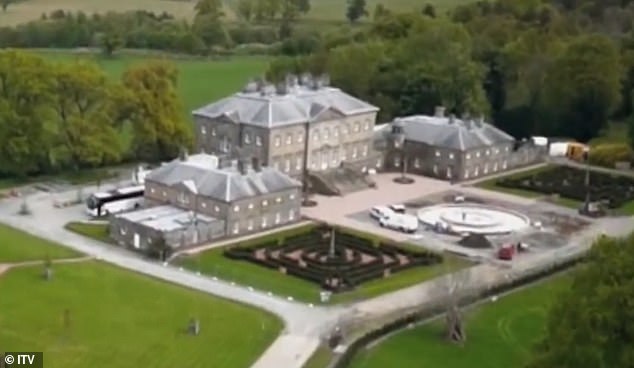 A Royal Grand Design, which was more than a decade in the making, tells the story of Charles’s ambitious plan to restore the 18th-century stately home Dumfries House (pictured) in Ayrshire

He added: ‘This area has been so battered and deprived, particularly since the loss of the mining industry and everything.’

The then-prince – filmed before he became monarch – also outlined his hopes of a similar project elsewhere in the UK in future, saying he was inspired to help people and their families.

‘That’s my problem, I’m frightfully over ambitious. I long to use this model in other parts of the country where I know it can make a big impact on people’s lives and livelihoods and their whole future and their families’ futures, which is what matters to me,’ Charles said.

‘I hope there’ll be another project fairly soon somewhere, which could be quite large, and hopefully there will be other opportunities. We’ll see. I haven’t given up yet… Watch this space, as they say.’

Charles acceded to the throne following the death of the late Queen in September, and the broadcast is dedicated to the memory of Elizabeth II. 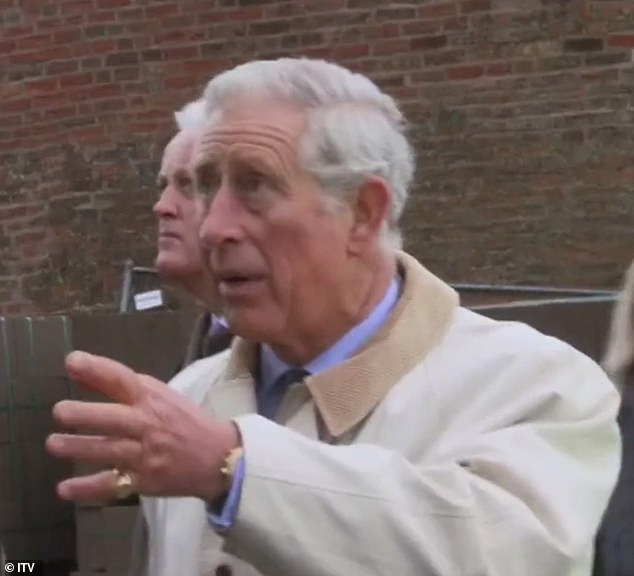 During the programme, the King spoke of his passion for the £45 million project which took a decade to complete 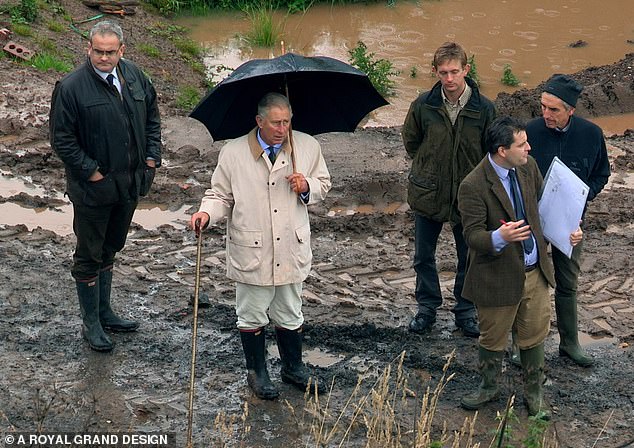 The royal, pictured here visiting the site while the Walled Garden was being built, led a consortium that paid £45million for the property 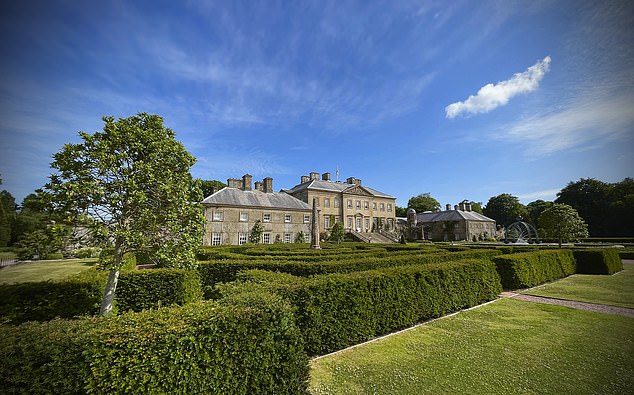 Today the 18th century stately home houses stunning walled gardens and an adventure centre, as well as a 22 bedroom B&B

Footage includes Charles showing his mother around the grounds when she opened the walled garden in 2014.

Narrated by the actor Richard E Grant, the documentary is said to capture the ‘real man behind the crown’.

Charles was seen greeting a local and his dog, waving at visitors and trudging around the site in wet and windy weather.

He expresses his fear the 2,000-acre estate, 27 miles south of Glasgow, would have been turned into a golf club.

‘I knew if we hadn’t stepped in and saved it, somebody would have bought it and said they had a great idea, you know for golf courses and things and it would never have worked, so, it would have joined the list of yet more derelict country houses,’ he said.

Priceless Chippendale furniture and other antique treasures, saved from being sold, were kept in the house and restored. 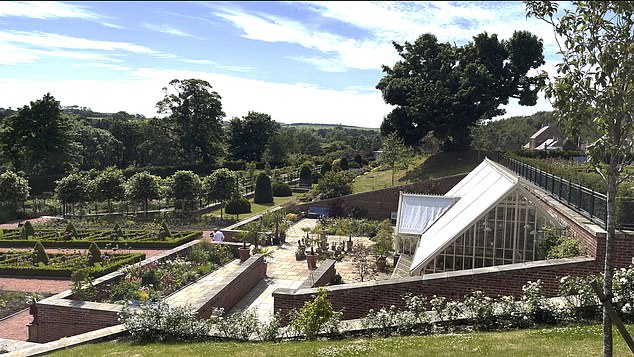 Since buying it 14 years ago, the monarch has overseen a project that has brought one of the biggest walled gardens in Europe back to life

Charles was also seen sharing his concern over the 300-year-old ‘Old Sycamore’ tree in the garden when it appeared to be dying.

‘I can’t bear it because it was such a wonderful thing,’ he said. But the tree survived and continued to grow, with a relieved Charles branding the change ‘remarkable’.

The then-Prince told the programme: ‘I knew if we hadn’t stepped in and saved [the house], somebody would have bought it and said they had a great idea, you know for golf courses and things and it would never have worked, so, it would have joined the list of yet more derelict country houses.

‘The buildings we’ve built, a lot of them have been done by students, live build, learning.

‘Sustainability, all of that agenda is critical here because there’s a lot of engineering skills, for instance, we are trying to help develop, working on the STEM educational side and the vocational side in order to make this area as a great example of how you can create new businesses and jobs in the green economy.’