Viewers have slammed a former glamour model who claimed she ‘faked’ depression so that she could get a £7,000 nose job on the NHS, after she appeared on This Morning.

Carla Bellucci, 37, from Hertfordshire, had a ‘slight bump’, but wanted the operation in a bid to get the ‘perfect nose’.

But the ex-model says she was ‘clever’ as she managed to have the bump corrected for free, after being advised by a private clinic not to pay for it, because surgery wouldn’t make a huge difference.

She was slammed by viewers as she appeared on This Morning, with many taking to social media to express their outrage.

Carla Bellucci, 37, from Hertfordshire, had slight bump but wanted ‘perfect nose’ so claims she ‘faked depression in order to get a nose job. She was slammed by This Morning viewers

Many took to Twitter to slam the glamour model online, with one writing:’how dare she fake depression’

One wrote: ‘Absolute joke. Work, save and pay for a nose job like the rest of us do, if your a glamour model your not broke #ThisMorning.’

Another commented: ‘This story angers me, people are going through a difficult time with genuine mental health issues – how dare she fake depression?’

Carla appeared on This Morning to discuss how she played the NHS system in order to get a nose job which was worth £7,000.

Initially, she attempted to defend her position as ‘bending the truth’, but a shocked Phil and Holly were quick to correct her. Having been pressed to admit she lied by an outraged Phil, she defended her position, saying: ‘I was born here, I do work – I feel like I haven’t done anything wrong.’

She went on to claim: ‘I’m one of many. I’m just the one who came forward.’

The mother-of three went on to say that her nose had been ‘slightly off centre’ and had ‘a slight bump’.

When she attended a private consultation for a nose job, she was advised against paying for it ‘because the difference wouldn’t be that huge.’ Pictured before her nose job. The mother of three claims she was revealing a crack in the system by opening up about her lie 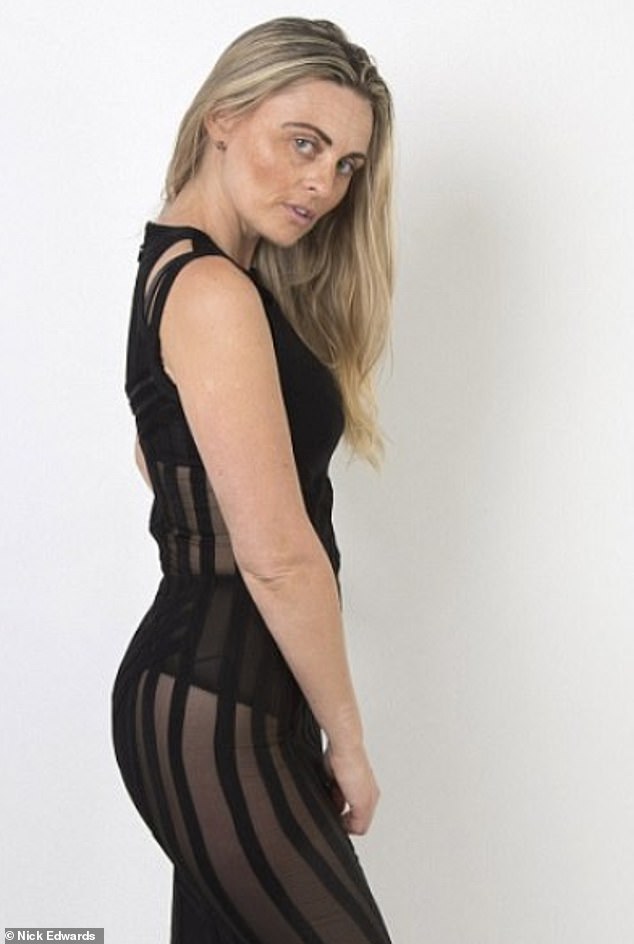 Carla claimed her GP gave her tips on how to ‘fake’ depression so she could get a £7,000 nose job on the NHS

She said her plan to lie about having depression started off as a joke, revealing: ‘It started off as a bit of banter between friends. And then I said, “I’m going to see if I can get this nose job”.’

She attended an appointment with her GP, and claimed that the shape of her nose ‘made her depressed’.

The former glamour model claims that after she flirted with her GP, he told her to say certain things in order to get the nose job. Carla said she was surprised by how easy it was to cheat the NHS system, and that nobody asked if she had a history of depression or if she had been prescribed medication 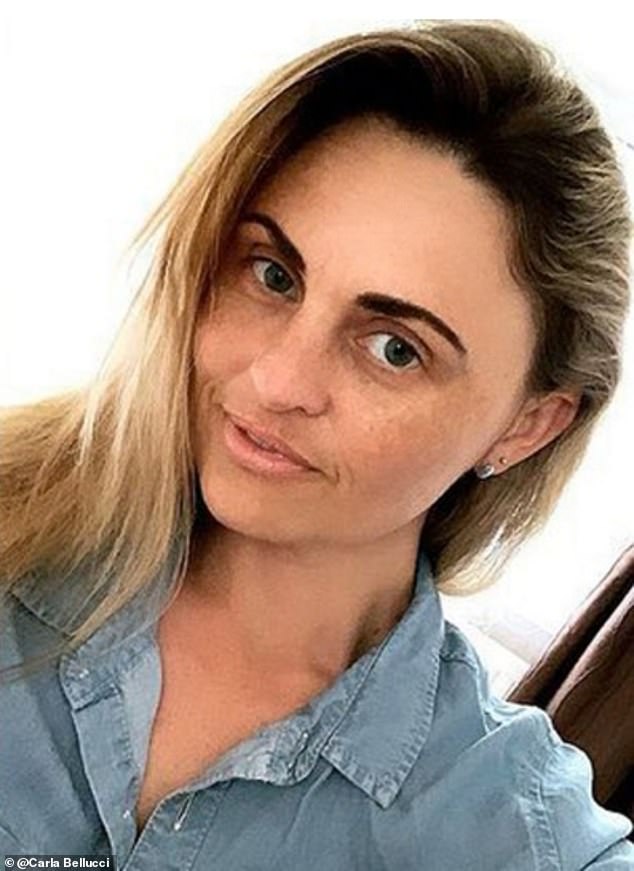 She explained: ‘I was advised to say things by the GP. I’m not going to lie – I used my looks a bit, you flirt a bit…

‘As for flirting with the doctor, I’m a model with a big personality – it comes naturally.’

‘Before I knew it, I had an appointment within four weeks to go and see a surgeon.’

She claims she was advised to say that she found it hard to breathe at night, and that she occasionally had nose bleeds. Holly and Phil appeared outraged as they interviewed the mother of three on This Morning. She claims that lying to the NHS in order to get a nose job was ‘easy’ 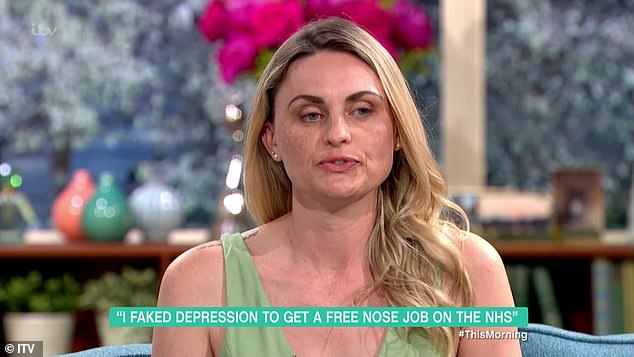 Carla claims she flirted with her GP, who told her what to say in order to get the free nose job, which would have cost her £7,000 has she had the surgery privately

She claims she was shocked by how suddenly and quickly she was given the surgery.

Carla said that the fact the system is stretched ‘crossed my mind’ but ‘because it got as far as it did, I believed that maybe I did have something wrong with my nose, because they wouldn’t do it if not.’

She was slammed online by viewers who criticised her widely, with one saying: ‘The fact that woman lied about having depression to get a nose job is literally disgusting, like vile.’

One posted: ‘So she went to the doctor for a bit of banter? It’s hard enough to get an appointment for genuine illness.’ Another commented: ‘The only cosmetic surgery being done on the NHS should be reconstructive. There are people dying awaiting life saving surgery because there isn’t enough money. Yet we are spending god knows on things like this.’

One wrote: ‘Imagine faking a mental illness to get free nose job. What an awful person. While you were getting that done, there were people with actual mental illnesses on waiting list to see someone.

One posted: ‘How low can you get faking depression that’s nothing to lie about just so she can get a stupid nose job. Really?’ Outraged viewers took to Twitter to slam Carla, with some suggesting she should be made to pay the NHS back for the £7,000 treatment

Several called for her to repay the money from the operation, with one saying:’She’s happy, she doesn’t care cos she got her new nose, now hopefully the NHS will send her the bill.’

Another posted:’If you LIE to the NHS saying you’re depressed in order to get free nose job and then outwardly say you lied on national television, you should be made to pay the money back. If people can pull the benefit schemes, have to do it then so does she!’

A spokesman for the Royal Free London said: ‘Carla Bellucci had a medical procedure at Chase Farm Hospital. No cosmetic work was carried out.

‘We would ask her to use our official complaints channels if she has any concerns about her care.’