‘Another sh**ty cover, my ears!’: Kimbra’s New Year’s Eve performance on ABC is savaged by viewers – but fans heap praise on songstress Casey Donovan for her musical renditions

Musician Kimbra has been savaged by ABC viewers, after she took to the stage for the public broadcaster’s coverage of New Year’s Eve celebrations.

The New Zealand singer, 28, was slammed by viewers after her underwhelming performance, which included a lacklustre rendition of Kylie Minongue’s Can’t Get You Out Of My Head.

Twitter erupted with backlash following the Grammy-winning singer taking the stage on Monday night in Sydney.

‘Another sh**ty cover, my ears!’: Kimbra’s New Year’s Eve performance on ABC is savaged by viewers – but fans heap praise on songstress Casey Donovan for her musical renditions (Pictured: Kimbra)

‘Another sh**ty cover. Ow my ears,’ one not-so-enthusiastic viewer wrote on Twitter

However, this appeared to be one of the nicer comments for the indie darling, who collaborated with Gotye in 2011 on hit Somebody That I Used to Know.

One fan was particularly scathing towards the singer, writing: ‘Thank God my ears are blocked’ during her set.

Slammed: Twitter erupted with disapproval for Kimbra, who collaborated with Gotye for the chart-topping hit Somebody That I Used to Know in 2011

The singer was a number of acts enlisted to entertain the crowd, with aired on the ABC’s New Year’s Eve special. 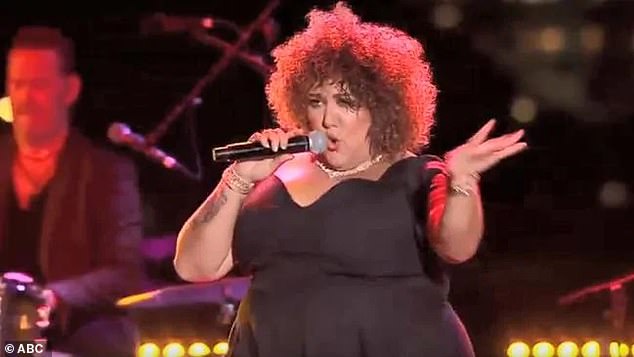 What an act! Viewers heaped praise on former Australian Idol star Casey Donovan, who rocked the stage a number of times

In the past, the broadcaster has seen a number of gaffes, including 2017 hosts Jeremy Fernandez and Ella Hooper almost missing the countdown.

But this year by midnight, no major incidents appeared to occur. 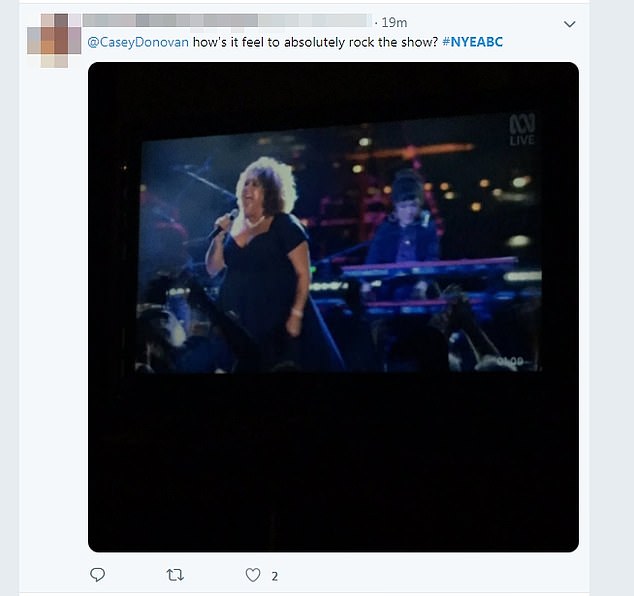 Killing it: Casey stormed the stage with her characteristically animated style, for the New Year’s Eve spectacular

One enthusiastic fan couldn’t help by share a clip of Casey rocking the stage.

‘How’s it feel to absolutely rock the show,’ one fan wrote.

Another fawned over the indigenous singer: ‘Casey you’re killing it! Loved your performance!’

Another added:’CASEY DONOVAN KILLED IT!!!’

Another added: ‘One of the best performances I’ve heard in a while from client liaison.’

The night finished with Daryl Braithwaite singing classic Horses which had the gathered crowd breaking into a singalong before midnight. 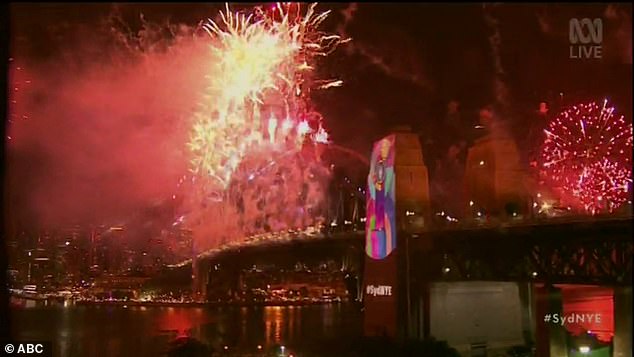 Spectacular: ABC’s coverage ended at midnight, when the Sydney Harbour Bridge was lit up with fireworks following the performances