Vigilantes have issued death threats and publicly posted the address of a young couple accused of carrying out a ‘barbaric’ attack against police officers.

Mother Kayla Potts, 25 and her fiancé Jack Houldcroft, 27, were both arrested after the fight with two officers in St Kilda, Melbourne about 3am on Sunday.

Senior police described the shocking group attack as ‘animalistic’ and ‘barbaric’ and the state premier slammed the footage as ‘disgusting’.

Mr Houldcroft’s Facebook page was inundated with aggressive messages as people left threats on photos of himself with Ms Potts’ mother and brother. 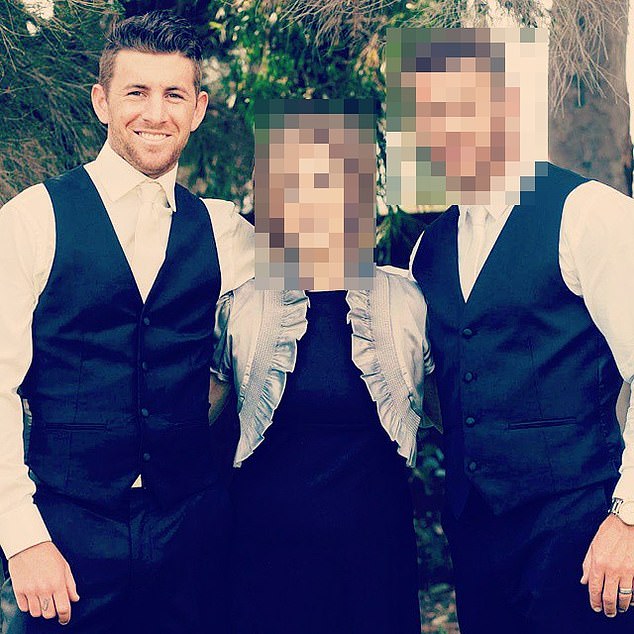 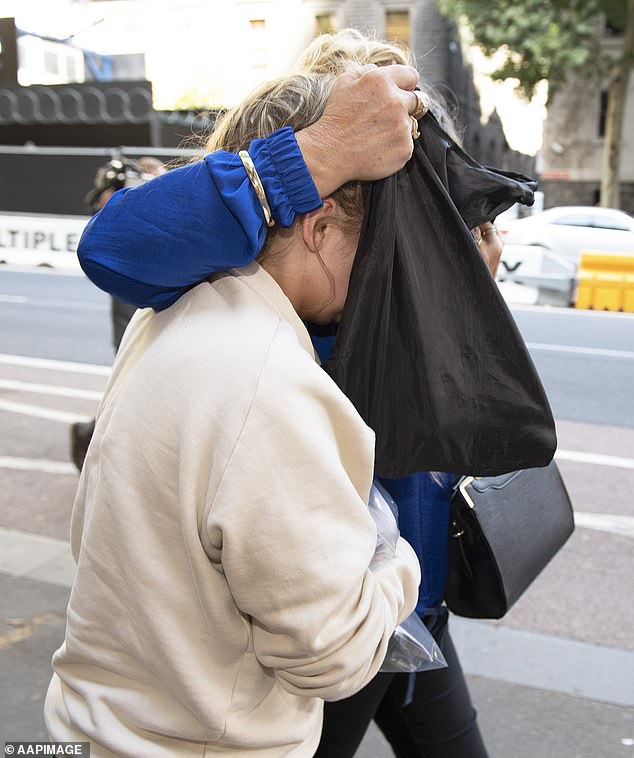 ‘Is this where they live’ one person asked after being told he had the wrong address for the couple, news.com.au reported.

Another person said Ms Potts’ mother should be ‘sent a message’ after she hid her daughter’s face while leaving Melbourne Magistrates Court on Monday after being granted bail.

A friend of the couple told people to stop harassing them.

‘Posting their bloody addresses and family is not your business… get a grip… how dare you jeopardise their family members and safety,’ the friend said.

Another friend said those posting on Mr Houldcroft’s Facebook page were ‘keyboard heroes’.

‘None of you are any better sitting there acting tough and posting their families (sic) addresses and profiles up like a witch hunt… leave their families alone you pathetic grubs,’ the friend of Mr Houldcroft’s said.

A previous address for the couple was posted to Facebook, and some said the people who live there now would be targeted as a result.

‘Some poor family is gonna cop hell because stupid c**ts like this think they know something because it was on Facebook,’ one person said.

‘Hunting down someone on Facebook just to slander them over what you see on TV is gutless in itself,’ another said. 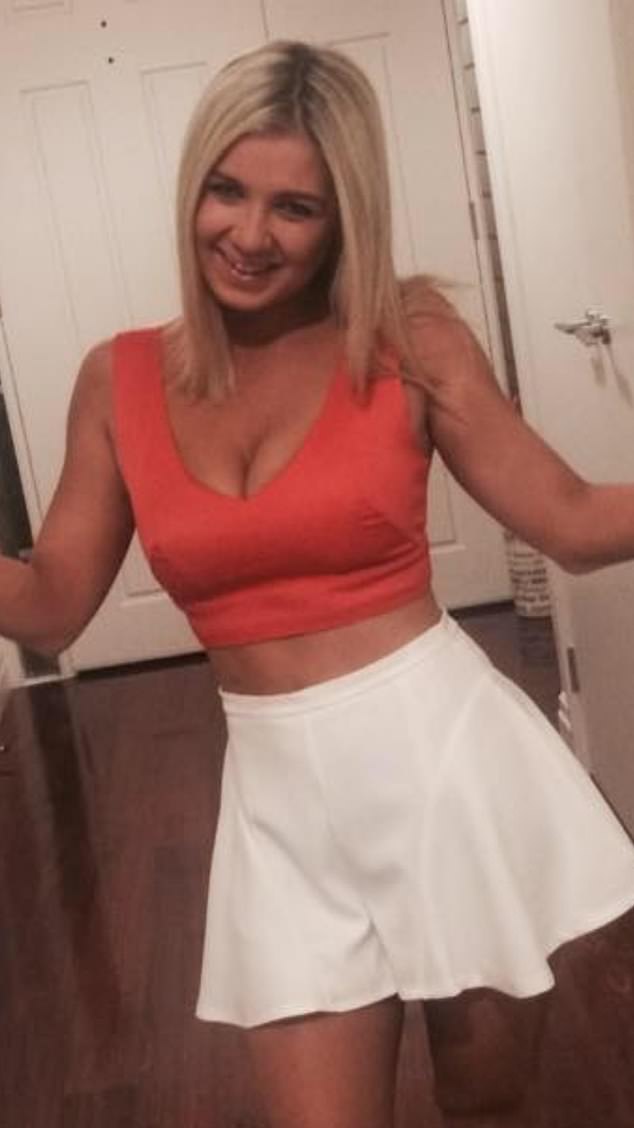 A previous address for the couple was posted to Facebook, and some said the people who live there now would be targeted as a result. Pictured: Kayla Potts 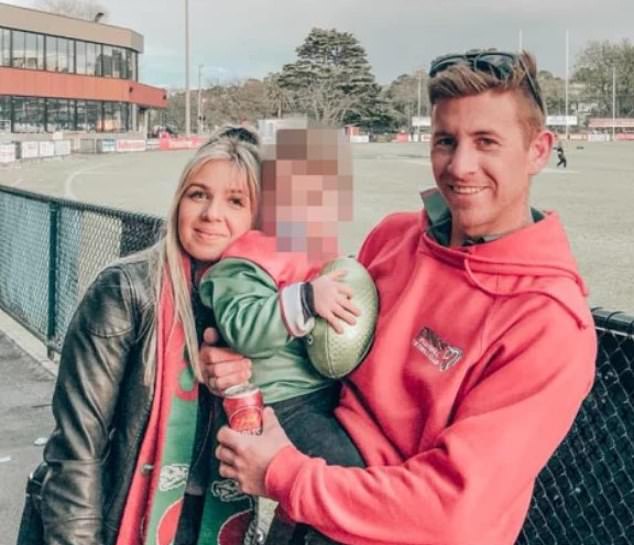 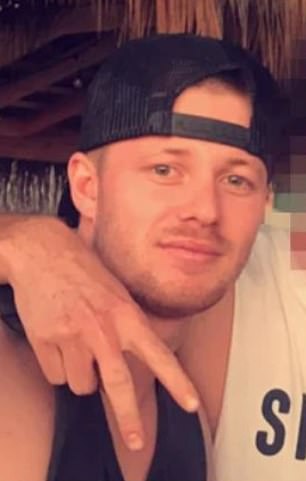 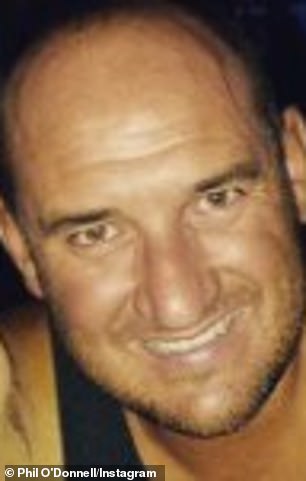 Kayla’s brother Trent Potts (left) 26, and friend Phillip O’Donnell (right) 38, were also arrested. The four friends were celebrating a 30th birthday party when they allegedly got into an argument upon leaving the venue

Three other people – including Potts’ brother Trent, 26, her friend Phillip O’Donnell, 38, and a 26-year-old St Kilda man – have since been charged over the attack.

The group has been charged with two counts of assaulting a police officer, affray, violent disorder, and other assault charges.

If convicted, all parties face a mandatory six months in jail for assaulting an emergency worker.

Kayla Potts – a childcare worker – was released on bail from the Melbourne Magistrates Court on Monday.

She was seen leaving the court shielding her face.

The Melbourne Magistrates Court heard that Potts, her brother Trent, Houldcroft and O’Donnell had been attending a 30th birthday party in St Kilda when they allegedly got into an argument upon leaving the venue.

A transgender woman intervened in the alleged dispute but Trent Potts allegedly kicked the Good Samaritan in the genitals.

Police were called and arrived on the scene just as the group were about to get into a taxi.

At that point, Mr Potts allegedly fled on foot and a police chase ensued.

Mr Potts allegedly tried to fight the cop before his sister showed up and lunged at him. 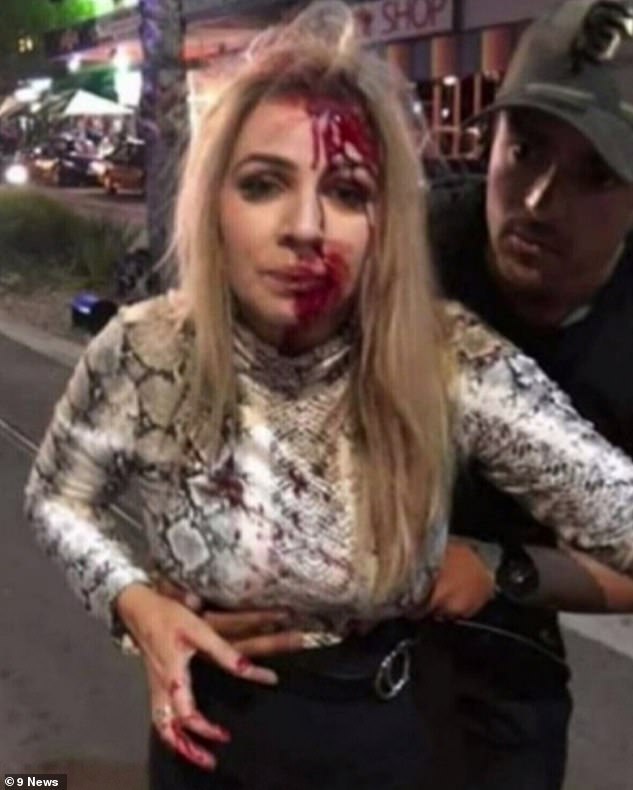 A court heard Kayla Potts allegedly attacked an officer after her brother Trent tried to fight him. The officer then allegedly bashed her with a torch, splitting her head open

The officer allegedly hit her with a torch, splitting her head open.

Mr O’Donnell is accused of tackling Shepherd from behind, slamming his head repeatedly into the pavement.

Mr Houldcroft punched and kicked McKenzie as he lay on the ground.

Shepherd was admitted to the hospital with a ruptured bicep and required surgery.

The other officer suffered cuts and bruises to his face as well as a fractured cheekbone, a detective told the court. 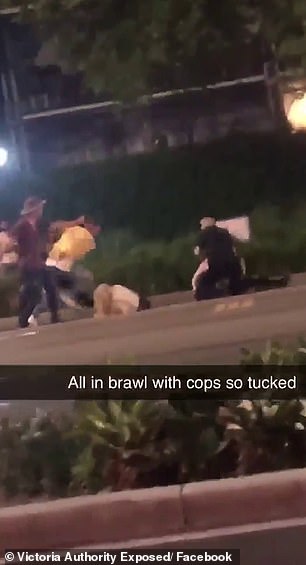 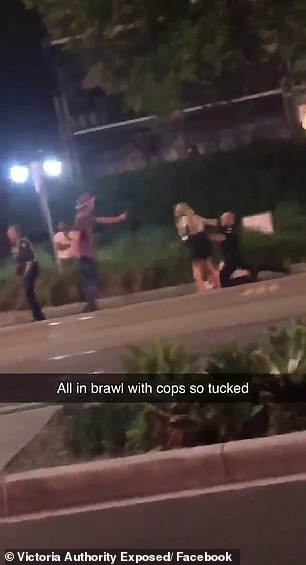 Police will allege Mr O’Donnell smashed the officer’s head into the concrete during the fracas. He is expected to seek bail on Tuesday, The Australian reported.

Officers are seeking a man who was seen spitting on an injured officer and two women involved in the brawl.

Victorian Premier Daniel Andrews said the violence was a ‘disgusting incident’ and that police should use the ‘full force’ of the law.

‘We’ve got no time for this, no tolerance for it, and I’m confident Victoria Police will be doing the work necessary to see those people face the full force of new laws that I’m very proud to have written,’ he said. 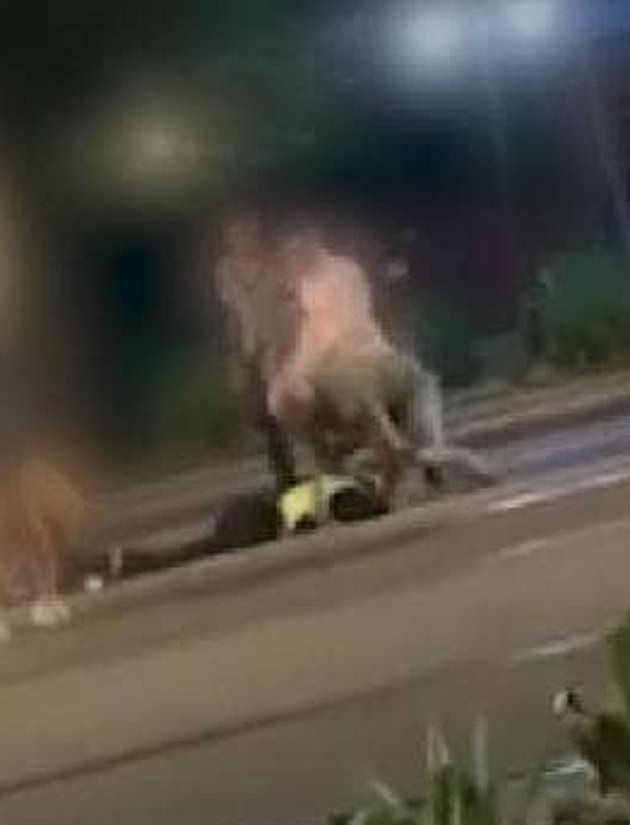 ‘The outrage – I can’t explain the outrage that I felt when I saw the footage yesterday that all members of executive command saw, and how we felt,’ he said.

‘That type of attack, that type of barbaric behaviour, just cannot be tolerated.’

Mr Patton said police were searching for three other people involved in the incident.