Three vigilantes lured a convicted child killer to a flat and stabbed him 150 times after he moved into their quiet Welsh village, a court has heard.

Darren Evesham, 47, David Osbourne, 51 and Ieuan Harley, 23, allegedly stabbed their new neighbour David Gaut to death after he was released from a 33 year jail term.

He had moved into a flat next door to Osborne in the village of New Tredegar, Gwent after being released from prison, prosecutors said today. 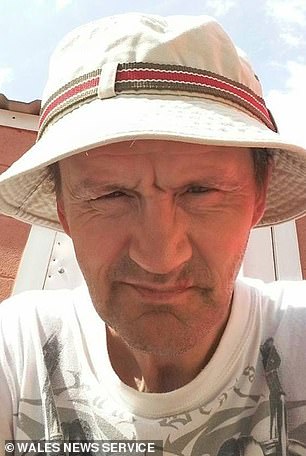 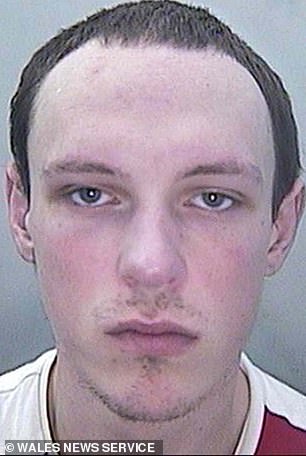 The three men allegedly lured Gaut into Osborne’s flat where they brutally murdered him, before dragging his dead body back next door and trying to clean up the crime scene.

Gaut was stabbed more than 150 times with knives and a screwdriver before having his fingernails ripped out and his neck suffered severe cuts after his death, the court heard.

Osborne had discovered Gaut’s past on the internet and Harley said: ‘I want to chop him up and put him down the plughole,’ the jury were told. 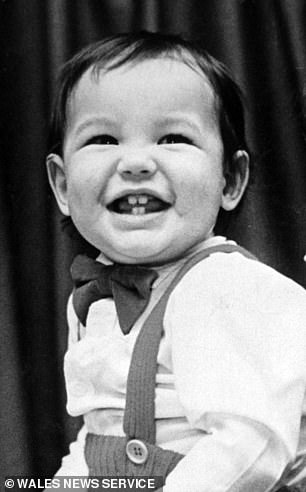 Ben Douglas-Jones QC, prosecuting, told the jury: ‘The prosecution says that Osborne triggered the murder by luring the deceased over to his house in the context of knowing that he was someone who had killed a child and that Mr Harley was so incensed by that that he wanted to cut him up and put him down the plughole.

‘The three men were associating closely at a time when Mr Harley was becoming increasingly agitated and aggressive about Mr Gaut living at 1 Long Row.’

The main aggressor was Harley, which is why his clothing was covered in Mr Gaut’s blood and why his hand print was in the deceased’s blood on the side of the bath, the court heard.

‘By the moment Mr Gaut was invited over to 1 Long Row – at the latest – all three men intended to kill or at least do really serious harm to Mr Gaut,’ Mr Douglas-Jones said.

‘All three participated in the murder – in that each of them, at a minimum, assisted or encouraged the commission of the crime.

‘Each of them, by assisting in the stabbing, acted with the intention of causing really serious harm at least.’ 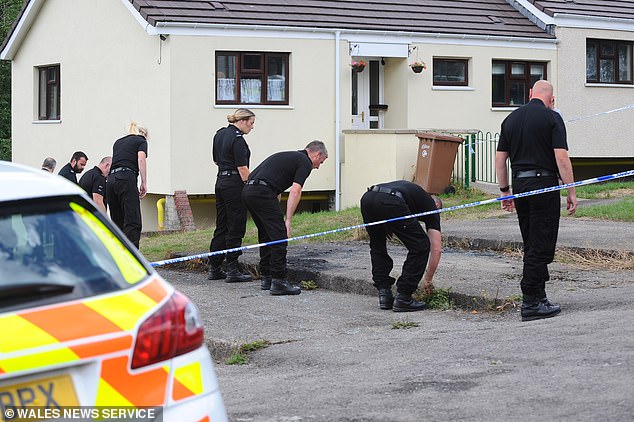 The barrister warned the jury the trial could evoke ‘strong emotive feelings’.

‘The murder was brutal and involved gratuitous violence,’ he said.

‘The deceased committed a vile offence himself. He did, however, serve over 32 years in prison.

‘It is no part of your function or ours now to judge him. He was judged. He was sentenced.

The court heard that on the afternoon of August 4, Gwent Police received a 999 call from a man called Michael Lewis reporting a conversation he had allegedly overheard the previous night between the three defendants. 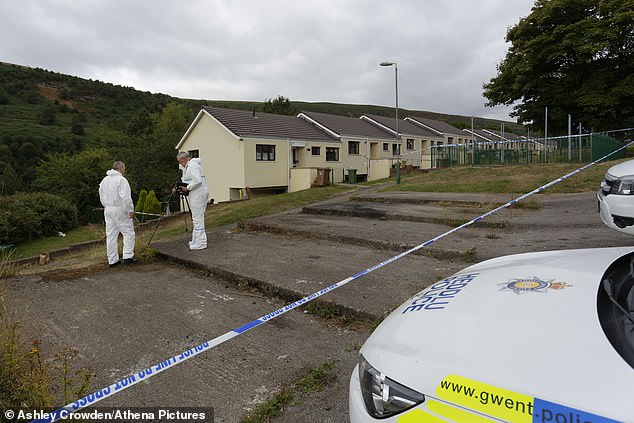 Gaut had been jailed for murdering a 17-month-old boy but was freed to moved into a flat next door to Osborne in the village of New Tredegar, Gwent

Police went to Mr Gaut’s flat and discovered his body, and a murder inquiry was launched.

Mr Lewis later told police he had been drinking with the three defendants in a local pub on the night of August 3 and they all returned to Osborne’s flat together.

After thinking Mr Lewis was asleep in a chair, they allegedly began discussing how they had murdered Mr Gaut because he killed a child and also talked of cleaning up afterwards.

Harley’s fingerprints were found in Mr Gaut’s blood inside Osborne’s flat. The clothing recovered from the riverbank was also stained with Mr Gaut’s blood and traces of Harley’s DNA was found on them as well.