Viktor Hovland led by four shots at the turn. No one got closer to him than two shots during the final nine holes at the Hero World Challenge.

It sounds easy. Far from it.

Hovland pulled a 6-iron from an awkward lie into the water on the 18th hole and had to make a 20-foot bogey putt for a 3-under 69 to secure victory Sunday, allowing him to join tournament host Tiger Woods as the only back-to-back winners of this holiday event. Woods defended his title back in 2006-07.

‘I made it a little more exciting, I guess,’ Hovland said. 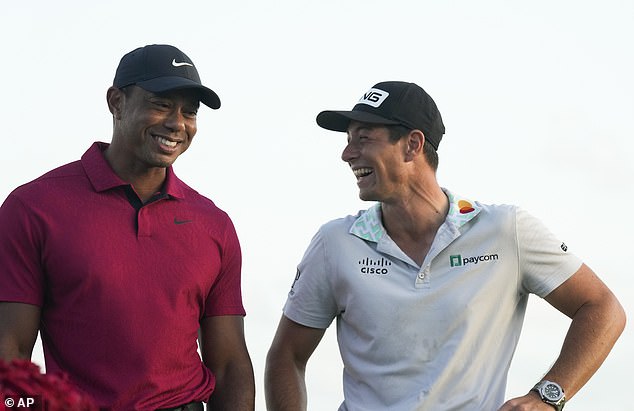 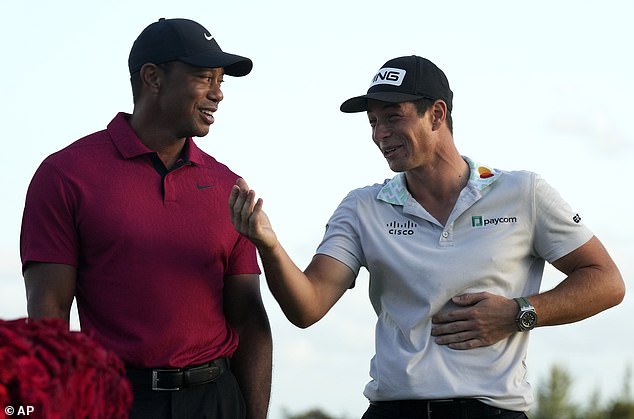 A year ago, the 25-year-old from Norway rallied from six shots behind on the final day with a 66 to win. That was fun. Far more stressful was leading the entire way at Albany, even when it looked to everyone else that it was a Bahamas breeze.

Masters champion Scottie Scheffler, whose three-putt double bogey on the ninth hole left him five shots behind, stayed in the game with four birdies on the back nine that gave him a fleeting chance, two shots back playing the 18th.

Hovland faced a 6-iron from the slope above a bunker, with water left of the green. The face of the club closed on impact, and the ball headed left into the hazard.

‘Basically just do anything else but hit it in the water,’ Hovland said. ‘So as soon as that happened, I was pretty frustrated. But I knew that he didn´t have a gimme par, so if I can wedge up there close, I can still make a putt and win the tournament. And if not, he still has to make a par to force me to a playoff.

‘But it was a lot more stressful than it should have been.’

Scheffler put his approach into the sandy area, and his chip ran over the cup with too much speed, about 10 feet by the hole. If Hovland missed his bogey putt, Scheffler would have that putt for a playoff.

Hovland ended the suspense. Scheffler missed what became a meaningless putt and shot 68 to finish two shots behind, a runner-up to Hovland for the second straight year.

‘I said earlier in the week that I don´t like finishing second,’ Scheffler said. ‘It´s not a good feeling right now. But I´m proud of the fight.’

Woods won in 2006 and 2007 when it was held at Sherwood Country Club. He had to withdraw this week with plantar fasciitis in his right foot, instead watching in his Sunday red shirt for some drama no one was expecting.

‘It’s frigging nerve-wracking,’ Hovland said with a smile. ‘You’re never that comfortable. I didn’t play that great on the back nine, but it was good enough.’

Hovland finished at 16-under 272 and won $1 million. The victory is unofficial, but the world ranking points pushed him up three spots to No. 9.

Scheffler needed to win to return to No. 1 in the world, at least for a few weeks. Rory McIlroy was projected to end the year at No. 1 regardless of the outcome.

Starting three shots behind, Scheffler holed a pitch from 30 yards short of the green on the par-5 sixth hole for eagle to reach 14-under par and momentarily tie for the lead. Hovland was in trouble off the tee. He had to play a pitching wedge over a 20-foot dune, an 8-iron to the green and then holed an 18-foot birdie putt to stay one ahead.

The next hole was pivotal, the 18th notwithstanding.

Scheffler’s pitch from the bottom of the fairway on the short par-4 seventh barely got onto the green and rolled into the bunker, leading to bogey. Hovland was on the edge of a bunker and chipped to 5 feet for birdie and a two-shot swing, restoring his lead to three. 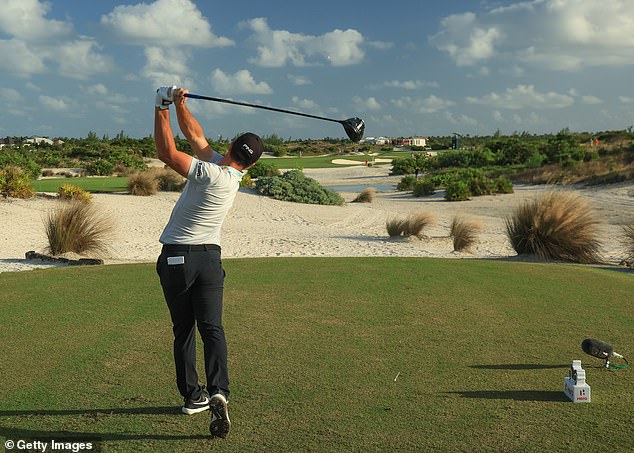 Hovland, 25, held his nerve – just – on the back nine to emerge victorious on Sunday 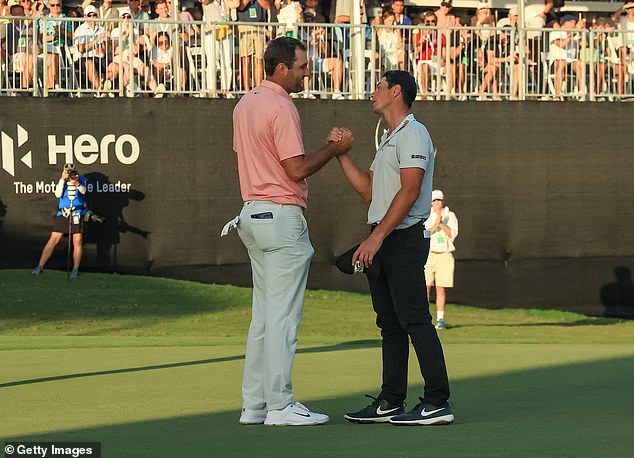 There were other challengers over the final two hours, just not for long.

Cameron Young made a strong bid and got within two shots at one point until he took bogey on the 16th. Xander Schauffele also made an early run until that ended with a bogey on the par-5 15th.

Scheffler ran off three straight birdies through the 16th hole to get within two shots, and Hovland gave him an opening on the 18th until he closed it with the big putt.

Scheffler still heads into the holidays with a breakthrough year behind him – the Masters among his four PGA Tour wins, No. 1 in the world longer than anyone else this year, the PGA Tour player of the year.

Young had a 68 and finished alone in third, followed by Schauffele (68) and Justin Thomas, who had five birdies in a six-hole stretch on the back nine to salvage a poor start and close with 70 to finish fifth.