Villagers’ shock as heard of cows stampede through village

This is the bizarre moment a herd of forty cows came charging through a Cheshire village.

The marauding cattle stampeded through Bollington near Macclesfield around 9am last Sunday morning, destroying flowerbeds and soiling driveways.

Villager Janis Wilson, 61, took photos of the animals filling her street after hearing ‘mooing’ outside. 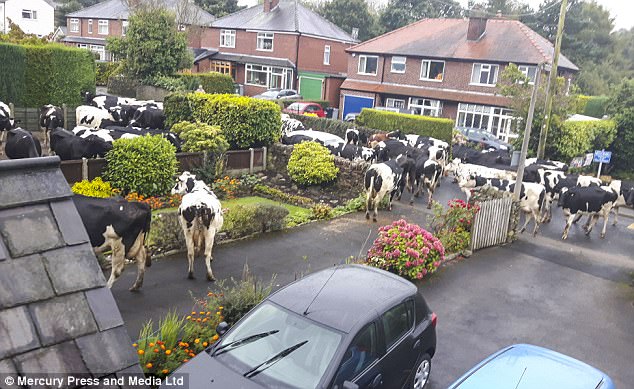 Ms Wilson said: ‘It was certainly an eye opener. My partner Steve thought it was hilarious.

‘He was brave enough to go outside and herd them away with the other residents.’

‘It was quite a strange thing to wake up to and not the sort of thing you’d expect for a Sunday morning.

‘They were eating all the plants, brushing past cars and making their mess over people’s driveways.’

To cap off the back-of-nature feel of it all, two cows started copulating in the residential street. 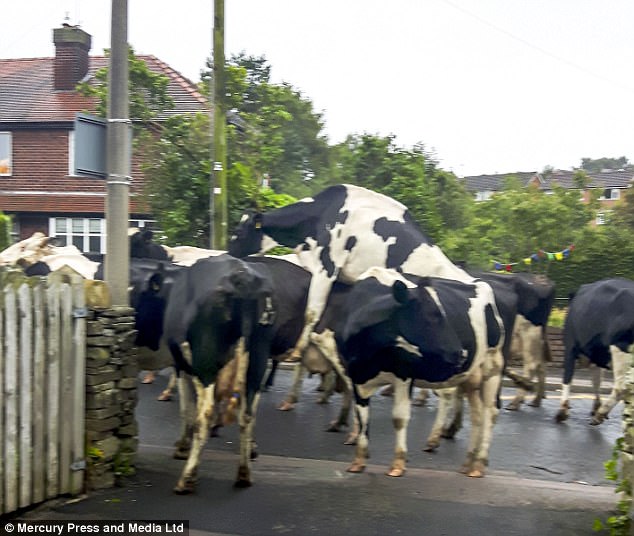 Villagers said it was not what they expected to see as they headed out for their Sunday papers. The outing was all too much for this pair of cows 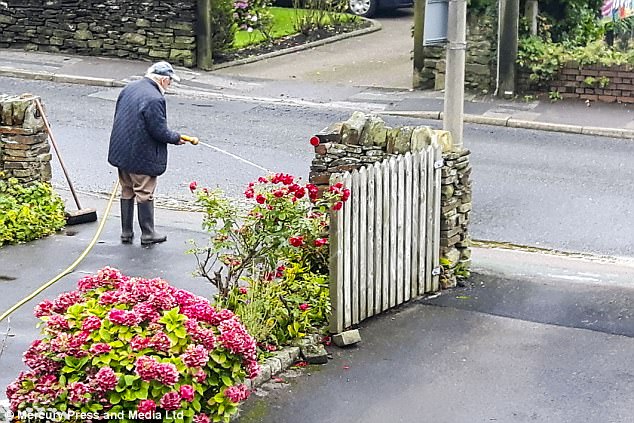 She added: ‘I looked out of the window and there were 30 or 40 cows there just standing in the street.

‘We managed to stop them coming down my drive and residents herded them back down the road.

‘The whole thing lasted half an hour and the police came to take them away. 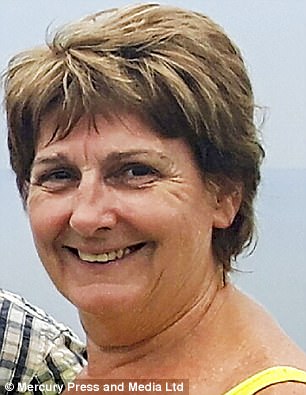 ‘I have no idea where they came from to be honest. There are cows at the bottom of our road in a field but I don’t know if maybe a gate or fence was left open or something.

‘My next door neighbour, he’s 93, and he had to wash the cow’s mess off his front drive.’

Police said no one is believed to have been injured in the incident.

A Cheshire Police spokesperson said: ‘Police were called at 9.20am on Sunday, 10 September to reports of a large number of cows along a road in Bollington, Macclesfield.

‘Officers attended where they helped to ensure all the cows were herded back into the field.’