Vince Colosimo to fight allegations he is a road menace who ran up $65,215 in traffic fines

Australian actor Vince Colosimo is set to contest allegations he was issued 169 traffic fines while disqualified from driving.

The Wog Boy Forever star is accused of racking up a whopping $65,215 in unpaid fines dating back to 2012.

On Wednesday, Colosimo was forced to make an embarrassing exit from the Melbourne Magistrates’ Court, rushing down a laneway in an effort to avoid a media pack.

Colosimo had pleaded guilty to drug and unlicensed driving and failing to give his real name to police.

The ugly 2021 incident during Melbourne’s harsh Covid-19 lockdowns saw him convicted and fined again – adding another $2500 to his growing tally of fines. 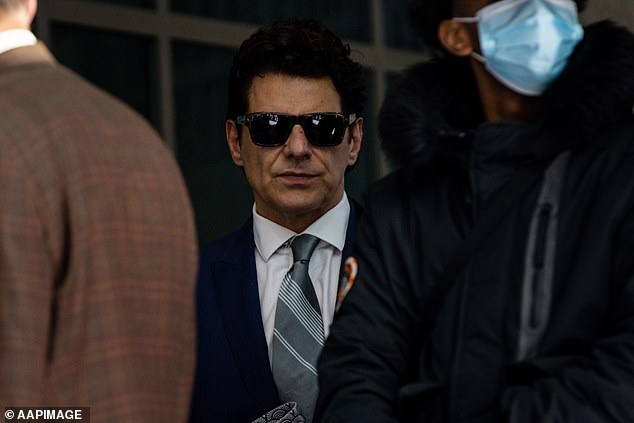 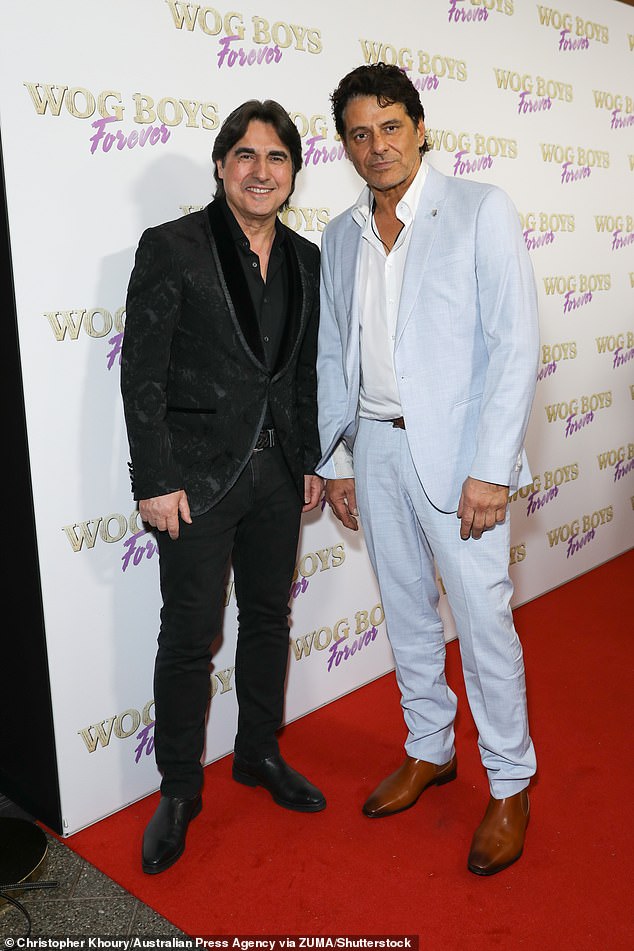 Film and legal sources close to Colosimo have told Daily Mail Australia the star disputed the number and total dollar values of the fines he allegedly racked up. 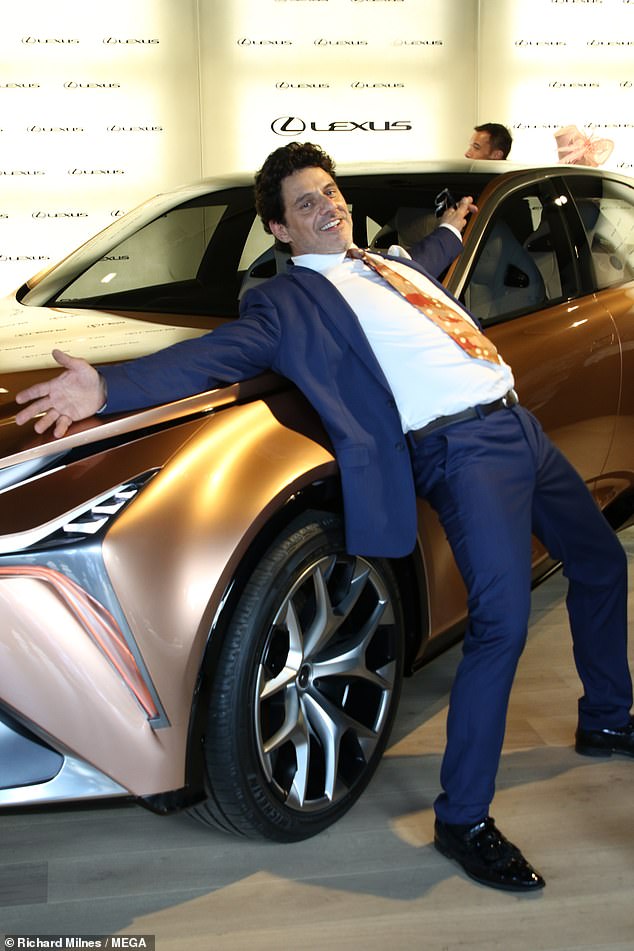 Colosimo had been in court over his well-publicised drug-driving charges, which saw him pretend to be his twin brother when pulled over by police.

Word of the unpaid fines appeared to come as a shock to both Colosimo and his lawyer George Vassis, who quickly turned around to address his client seated behind him.

Prosecutor Bianca Moleta told the court Colosimo had lost his licence again twice through demerit points while disqualified for fines incurred and issued to him in recent years while his licence was cancelled.

‘Although he wasn’t charged, that’s a reflection of the Traffic Camera Office not essentially communicating with Victoria Police, but those are recorded on his demerit point history after his licence was cancelled,’ she said.

A source told Daily Mail Australia Colosimo maintained he had not incurred the traffic fines himself because he had loaned his Peugeot to a ‘mate’.

Colosimo and his legal team are said to be in the process of working through the fines to ascertain not only how they accumulated, but who might have been behind the wheel and when. 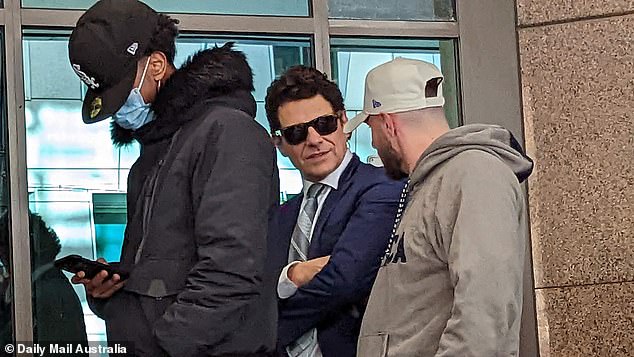 Vince Colosimo engages with a man while entering court on Wednesday 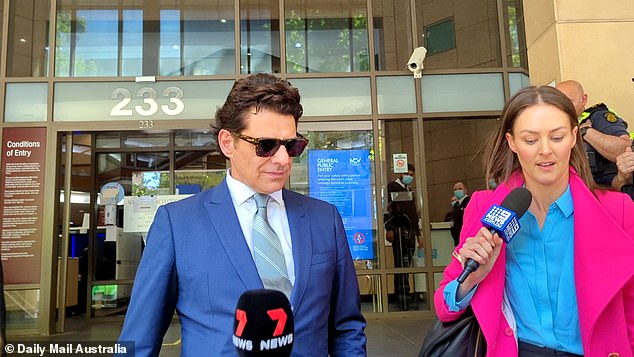 On Wednesday, Colosimo’s lawyer described his client as a dedicated family man, who lived with his 19-year old daughter and had an 8-year old son.

The strain of Colosimo’s ongoing legal troubles is believed to be taking a dramatic toll on his young family.

‘At the end of the day everyone has got kids and family and you wouldn’t enjoy what Vince and his family are going through,’ a source said.

Ms Moleta said Colosimo hadn’t filled out a single form to indicate he hadn’t been behind the wheel for the traffic offences.

‘It is aggravating because there has been a total disregard for his unlicensed status,’ she told the court on Wednesday.

Ms Moleta had urged the magistrate to at the very least place Colosimo under the court’s control via a community corrections order which would have insured he completed drug and driver education courses.

While Colosimo admitted he had spent some time in a South Australian rehabilitation clinic, he had failed to complete the program due to ‘work commitments’.

A source told Daily Mail Australia Colosimo had taken serious steps to address his use of illicit drugs.

The court was presented with a bundle of references attesting to Colosimo’s recent good character. 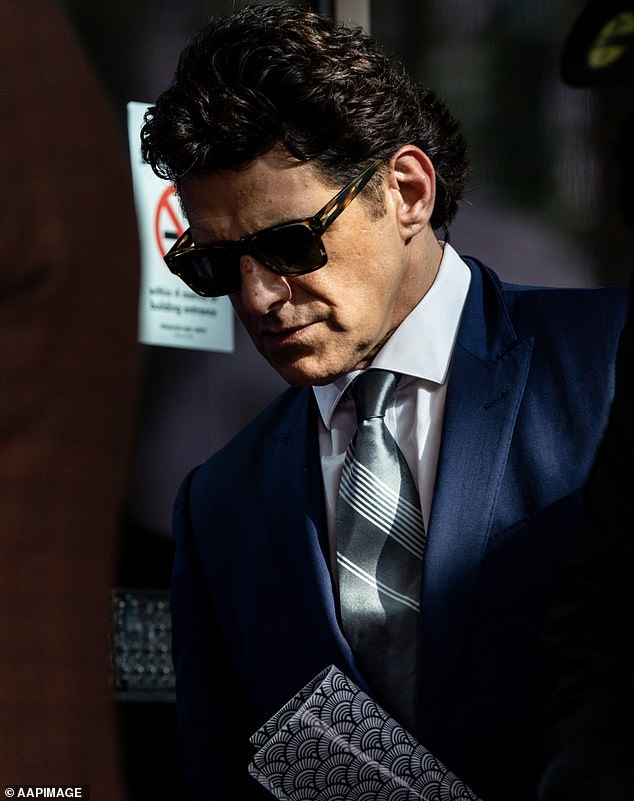 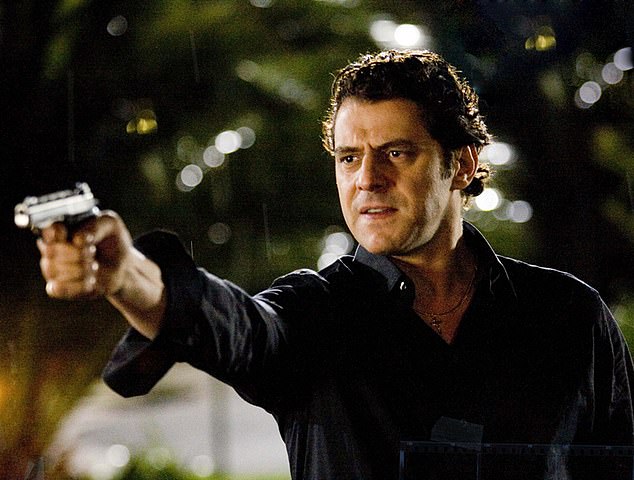 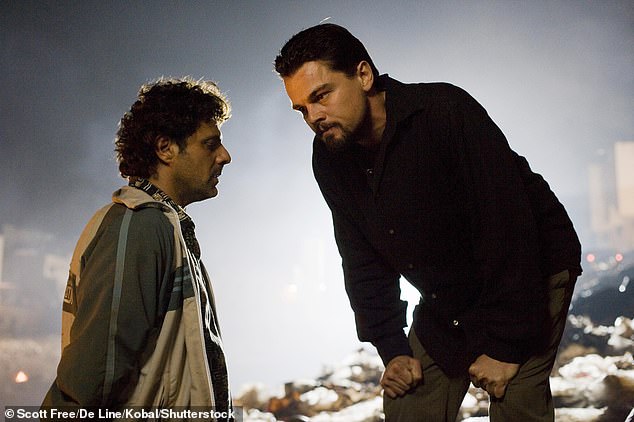 Vince Colosimo worked alongside Leonardo DiCaprio on Body of Lies. Sources claim the Aussie did himself no favours

Mystery surrounds how long Colosimo could finance a legal challenge against the fines while fending off a possible jail sentence should his drug driving sentence be appealed.

While he is hot off the back of two movies, the actor has previously found himself working on building sites to make ends meet.

‘We are unable to predict whether an appeal would be considered,’ she told Daily Mail Australia on Thursday.

A decision over any appeal is likely to be made over the coming days, which would result in a County Court of Victoria showdown sometime next year.

Colosimo faces more immediate concerns over revelations Victoria Police are in the process of applying for an arrest warrant over the unpaid fines.

The court heard Colosimo blames his mate for incurring the lion’s share of the fines.

It is understood Colosimo further claims most of the notifications for the alleged infringements were sent to old addresses after several home relocations and Covid-19 disruptions at Vicroads.

In March, former WAG Nadia Bartel was fined $1100 after she was caught driving while suspended and failing to update her address with Vicroads.

The fashion designer told police she had moved home in December 2010 and didn’t know her licence was suspended.

The letter was sent to the home she previously shared with ex husband Jimmy Bartel.