Vinicius Junior’s season is all-but-over after Real Madrid doctors confirmed the Brazilian youngster has torn a ligament in his calf.

The 18-year-old forward was just finding his feet at the Bernabeu, but was left in floods of tears at pitchside after suffering the blow against Ajax on Tuesday.

It has now been confirmed that Vinicius will miss around two months of action, and if the club decide to not rush him back he could miss the remainder of this season. 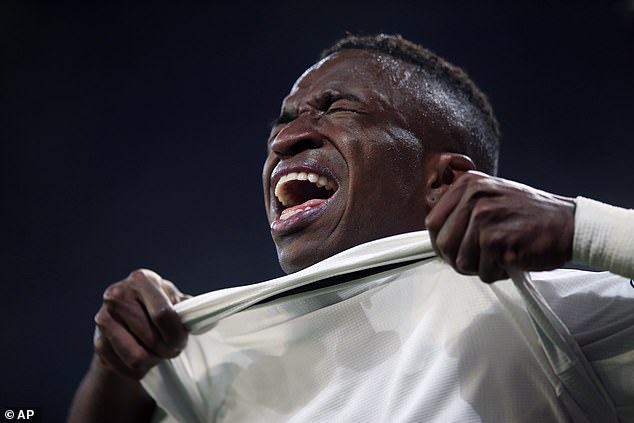 The youngster is likely to miss the rest of March and the whole of April – a total of nine matches – meaning the maximum he could play is the final three games of Real Madrid’s season.

It is unlikely Real will be fighting for the title, given they are currently 12 points behind Barcelona, so the medical team are unlikely to force him back for a handful of dead rubbers before the summer.

In a statement on the club’s website on Wednesday, it was revealed: ‘After the tests made today to our player Vinicius Jr. by the Medical Services of Real Madrid has been diagnosed a torn ligament of the tibiofibular joint of the right leg.’ 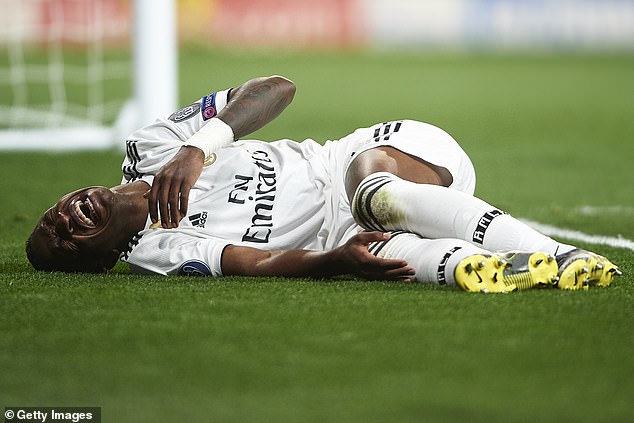 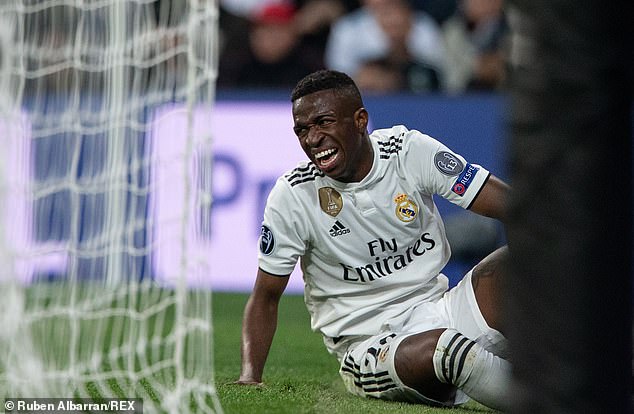 Vinicius joined Real Madrid in the summer of 2018, and has played 28 times in all competitions for the first-team in his debut season.

In that time he has netted on four occasions, twice in the Copa del Rey and twice in La Liga – against Valladolid and Alaves.

After initially being limited to fleeting appearances off the substitutes’ bench, he has recently started games against Levante and Barcelona and was beginning to look more at home in the upper echelons of La Liga.