A ‘violent thug’ with a machine gun tattooed on his forehead has been arrested on suspicion of murder, after allegedly shooting dead his male lover in a row over sex photos.

Deputies responding to a 911 call on the 3000 block of 25th Street Southwest in Lehigh Acres, Florida, discovered the victim’s body laying in his front yard with multiple gunshot wounds.

Officers have since arrested Benjamin Austin Paige, 22, on suspicion of second-degree murder.

The victim has been named by family members as Terence Brown, local media Winknews said. 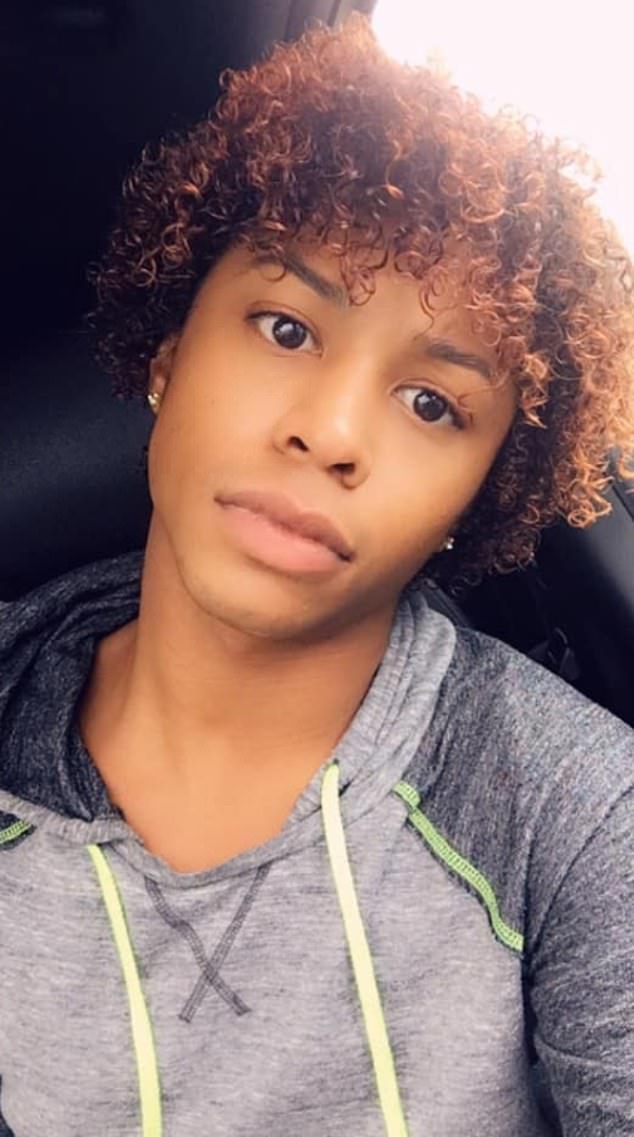 Victim Terence Brown (pictured above) was found dead in his front yard on Sunday, deputies said

During a press briefing on Wednesday, Lee County Sheriff Carmine Marceno described Paige as a ‘violent thug’ and ex-convict.

Paige had been allegedly communicating with Brown through social media for around a week and the pair were ‘sexually involved’, Marceno said.

It is claimed Paige ‘became angry over the victim’s refusal to delete sexually explicit images between the two’.

The gunshots were allegedly fired when Brown went to leave his home to meet an acquaintance.

Paige’s mugshot shows a heavily-tattooed face and neck, including an angel pointing a machine gun toward his left eye with the word ‘BANG’ exploding out of it.

He also has two firearms tattooed on his right cheek and black teardrops under each eye – widely recognized as symbolic of a spell behind bars. 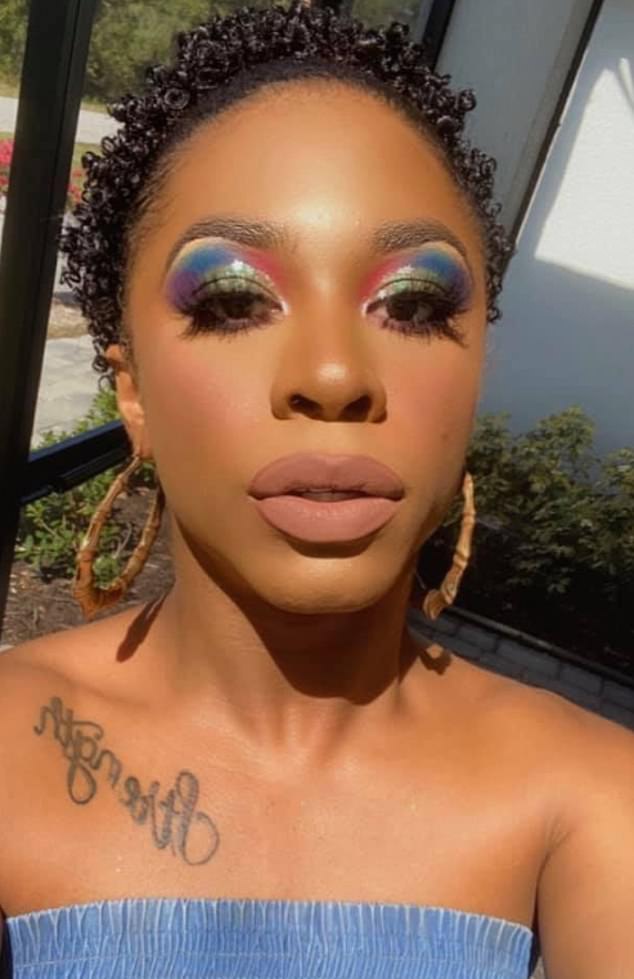 Terence Brown’s Facebook page is filled with photos of him wearing flamboyant make up, as above. He was a part time cosmetology student and self-taught freelance makeup artist, according to his Youtube Channel, where he uploaded makeup tutorials

He was a part time cosmetology student and self-taught freelance makeup artist, according to his Youtube Channel, where he uploaded flamboyant tutorials.

Brown had posted a heartfelt tribute to his grandfather and said ‘I am always going to blessed and succeed in whatever I do’ just days before his murder.

Paige is no stranger to law enforcement, Mercano said. His arrest comes just four months after he was released from a nearly four-year prison stint in January on weapons charges.

He has a string of other arrests in Charlotte County that date back to 2011, including charges of theft, drugs, weapons and burglary, Fort Myers News Press reported.

The 22-year-old also faced drug and loitering charges in April, though those were later dropped, YourSun said.

Paige will now be transferred to Lee County to face charges of second-degree murder and possession of a firearm by a convicted felon, Marceno added.

Second-degree murder differs only from first-degree murder in that it is not deemed to be premeditated or planned in advance, and carries a prison sentence of life without parole.