A junior doctor and talented musician killed himself after struggling with isolation during the coronavirus pandemic.

Joshua Burke, 35, was a violin child protégé who won a scholarship to the Yehudi Menuhin School, before graduating with a first class degree from the Royal College of Music in London.

He toured with the London Chamber Orchestra and worked as a violin teacher but five years ago decided to put his music career on hold to study medicine.

Mr Burke graduated as a doctor from Warwick University in July last year, but relatives said he struggled with the ‘ethics’ of medicine and also suffered from depression. He was found dead on June 14.

His older sister Zoe, 38, told the Mail that her brother, who lived alone, was ‘failed’ by the NHS in lockdown because he didn’t get the treatment he needed. She also said he would likely be here today had it not been for the coronavirus pandemic.

Zoe Burke has said that her junior doctor brother Joshua, 35, (pictured together) was ‘failed’ by the NHS in lockdown because he didn’t get the treatment he needed in the lead up to his suicide in June this year

The mother-of-two, of Todmorden, West Yorkshire, said: ‘He went to the doctor and self-prescribed what he needed and they had a doctor-to-doctor chat, where what really should have happened was that my brother was severely unwell and he should have been referred to psychiatric services.

‘When Joshua didn’t return surely the doctor should have chased it up but (he) wasn’t because of the stress of lockdown and insufficient funding for mental health in general. He slipped through the net. He was failed.

‘Right now there is so little help for mental health and it has become such a major issue in lockdown. I genuinely think my brother would not have taken his own life now if it hadn’t been for lockdown.

‘The last time I saw him, he was just very jolly with me but there was always this undercurrent and he was suffering from lockdown boredom.’

In a tribute published in the British Medical Journal, Mr Burke’s uncle Peter Schroder, a GP in Germany, said: ‘Intelligent, well read, hardworking, empathetic, and humorous, Josh would have made a good doctor.

‘But he struggled with ethical problems in medicine, his growing depression and corona isolation. 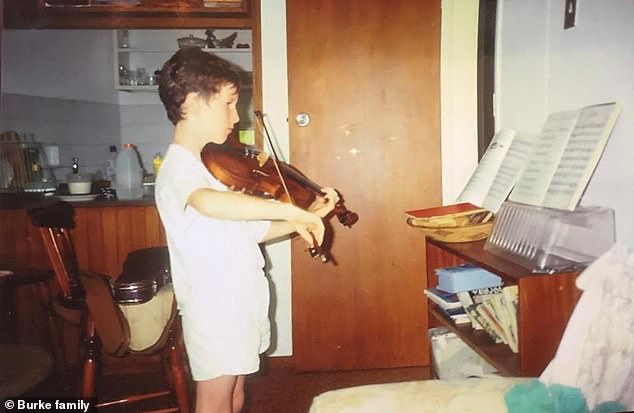 Joshua was a violin child protégé who won a scholarship to the Yehudi Menuhin School, before graduating with a first class degree from the Royal College of Music. He toured with the London Chamber Orchestra and worked as a violin teacher before decided to put his music career on hold to study medicine

‘He may not have asked loudly enough for the needed help.’

Mr Burke had an unconventional childhood. He and his sister were home-schooled by their parents on the family yacht while they sailed around the world.

Mr Burke started playing the violin aged eight and won a scholarship to the Yehudi Menuhin School of Music, in Surrey, aged 15.

After forging a career in music, he became disillusioned and decided to retrain as a doctor, winning a place at Warwick University to study medicine in 2015. He graduated last year and started working as a junior doctor at a hospital in Bristol.

But Miss Burke said her brother struggled to cope with working in an under-staffed NHS and had issues regarding the ‘ethics’ of medicine. He decided to take a break from work and moved to Halifax, west Yorkshire, but killed himself two months before he was due to return to the frontline in August.

Miss Burke, a former English teacher and full-time mother, added: ‘He went through a huge career change to finally become a doctor and then started to have these concerns around ethics.

‘My brother was a really ethical person and had concerns around understaffing in hospitals. Joshua was a junior doctor and was on his own with just one other doctor for 12-hour shifts. 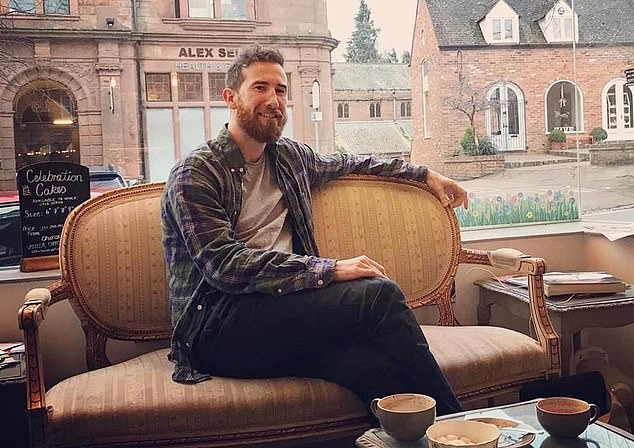 He graduated as a doctor from Warwick University in July last year, but relatives said he struggled with the ‘ethics’ of medicine and also suffered from depression. He was found dead on June 14

‘I am sad to say I believe the pressure of going back was one main factor in the timing besides lockdown. A greater factor than lockdown. He’d just put in so much effort for med school, like for his music career, and then that wasn’t working out either.

‘He became a doctor and then the whole pressure of his life became too much.’

Miss Burke said she was angry that she had obeyed lockdown rules and not taken her seven-year-old daughter and one-year-old son to see her brother when she visited him the last time.

‘Had it not been for the lockdown it might not have happened,’ she said. ‘I am so angry. I didn’t take my children to see my brother – he would have really liked to see the children.

‘The last time I went to visit him he said that he hoped that I might have brought my daughter, and can you imagine how it breaks my heart to think he might still be here if I did.

‘And then Dominic Cummins went all over but I was scared to transmit Covid and it really upsets me. This has been a terrible trauma, I was very close to him. He was a very special person and I miss him a lot.’

According to charity Doctors in Distress, one doctor dies by suicide every three weeks. Medics are between two and five times more likely to kill themselves than other professionals, with female doctors most vulnerable when compared to the general population.

There are fears that the increased stress placed on the NHS during the coronavirus pandemic is worsening the mental health of doctors.

A report by the British Medical Association, published in May, revealed that almost half of doctors in England were suffering from work-related anxiety, burnout and depression. A third said their mental health had worsened during the Covid-19 pandemic.

Only last week cancer specialist Professor Angus Dalgleish, writing in the Mail, revealed how he had been shocked to learn of the death from suicide of two of his colleagues in the space of just a few weeks.

He said their deaths were a ‘graphic illustration’ of how the lethal impact of the disease goes way beyond the physical harm caused by the virus itself.