‘That’s not something on my mind at all’: Liverpool centre-back Virgil van Dijk dismisses Ballon d’Or talk as he insists main focus is on stopping Lionel Messi and Barcelona

Virgil Van Dijk has dismissed talk of winning the Ballon d’Or and insists he is fully focused on attempting to shackle ‘out of this world’ Lionel Messi in the Champions League.

Liverpool centre-back Van Dijk has been the Premier League’s standout performer this season and was crowned PFA Players’ Player of the Year on Sunday evening.

The 27-year-old’s rock-solid form at the heart of the Reds’ defence has helped keep his side in contention for their first league title in 29 years and seen them once again progress to the semi-finals of the Champions League.

Spanish title-winners Barcelona await Van Dijk in the last four of the European competition, starting with Wednesday’s first leg at the Nou Camp.

And the world’s most expensive defender admits he still has plenty to prove to be considered alongside the continent’s elite players, including Barca’s five-time Ballon d’Or winner Messi.

‘Nah, that’s not something that’s on my mind at all,’ Van Dijk replied when asked about winning the Ballon d’Or at the end of the year.

‘There are currently players walking around in this football world that are out of this world basically and they’ve been doing it for many years.

‘I’m very happy how I perform at the moment, how consistent I’m performing, that I’m fit as well. I think I just need to not look too far ahead. 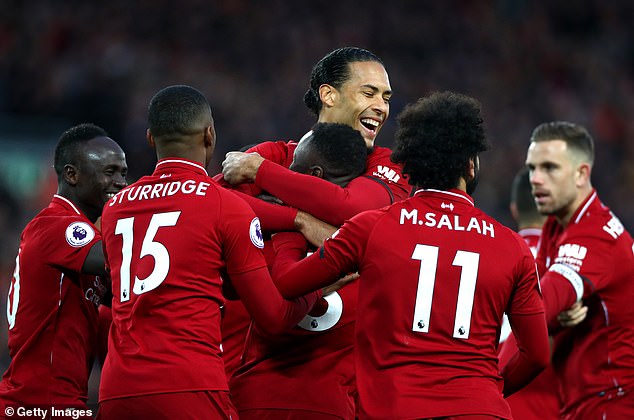 ‘Right now we’re in a tight title race, in the Champions League semi-finals against a fantastic team, where probably the best players are playing so we just take it game by game.

‘For us now it’s time to focus on Barcelona midweek and then we have a big game at Newcastle away as well so I won’t look too far ahead and the only goals I will set are personal goals with Liverpool.’

Signed from Southampton for £75million in January 2018, he has played a pivotal role in turning Liverpool’s defence into the tightest in the division, conceding only 20 goals in 36 games and contributing to a league-high 20 clean sheets this term.

Jurgen Klopp’s second-placed side sit only a point behind leaders Manchester City with two fixtures remaining. 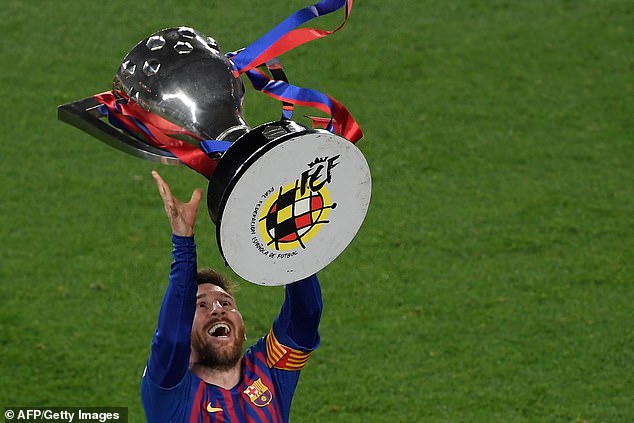 The former Celtic and Saints man feels he must lift silverware to accomplish that dream.

‘All the players in the league, I think, want to play for trophies, want to get trophies,’ he said.

‘I can only speak for myself and my team – we definitely want to get a trophy and we’re working hard every day for it and hopefully in the future that will happen.

‘That’s what we’re definitely looking for.’