Virgil van Dijk has continued his resurgence to Southampton first-team favour as the defender steps up his rehab with a thunderous free kick in training.

The Dutchman has been at the centre of any news coming out of St Mary’s since the summer after his transfer request and proposed Liverpool move fell through.

The 26-year-old missed the Saints’ first four games Premier League games, while he recovered from an ankle injury suffered in January, only to make a dire return to football losing 4-0 against Aston Villa for Saints’ under 23. 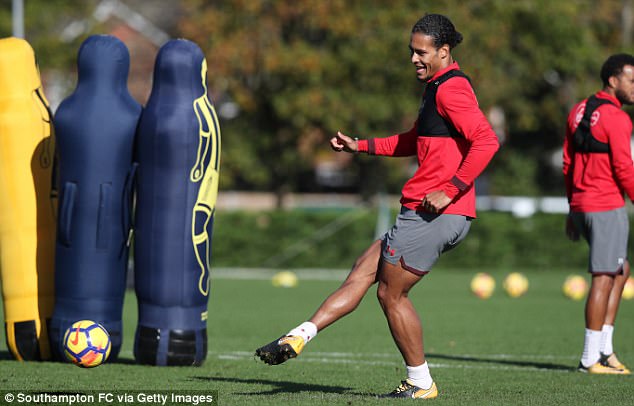 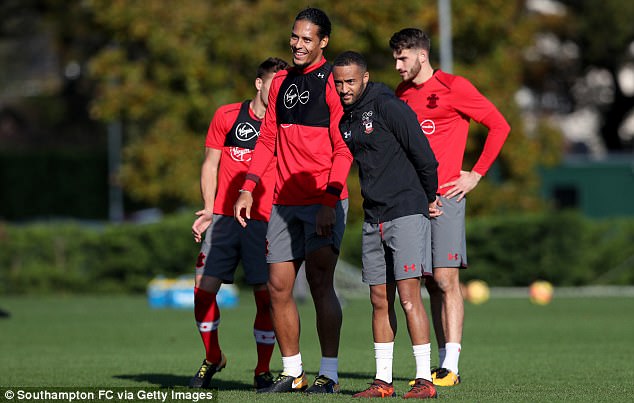 But the defender, who could still be targeted by Liverpool in January, looks well and truly on the road to recovery after firing a rocket free kick at Staplewood.

Meanwhile, boss Mauricio Pellegrino is focusing on other matters as the Argentine is likely to reward Sofiane Boufal with a rare start in Sunday’s Premier League game at south-coast rivals Brighton.

Pellegrino confirmed club-record signing Mario Lemina has been ruled out due to an ankle injury and Boufal’s wonder goal against West Brom – his first of the season – last week could earn him a first start since early September. 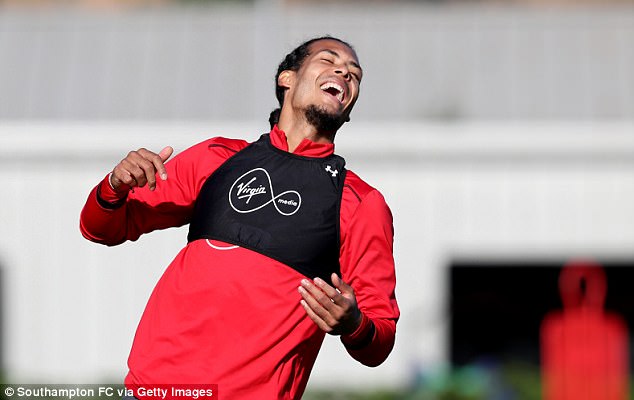 ‘This is one possibility,’ Pellegrino said. ‘I’m happy with that because Sofiane I think in the last two or three games is playing well, even when he came from the bench.

‘Against Stoke and Newcastle and the other day obviously, and I’m really happy with that because I want to improve the competition in the squad.’

Boufal has struggled to deliver for the Saints since they paid a then club-record £16million to sign him from Lille in August 2016. 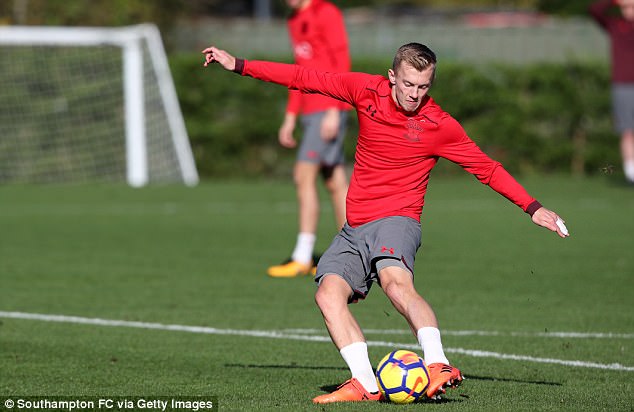 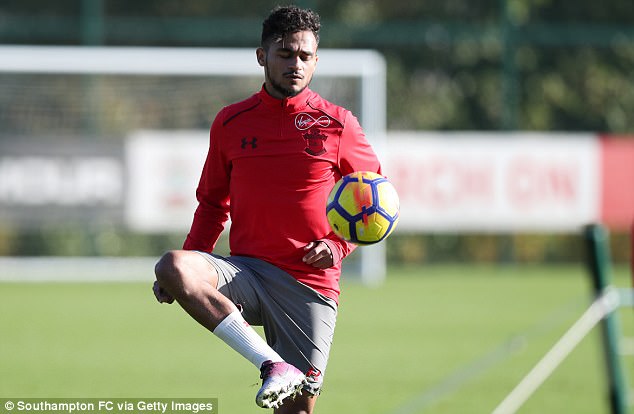 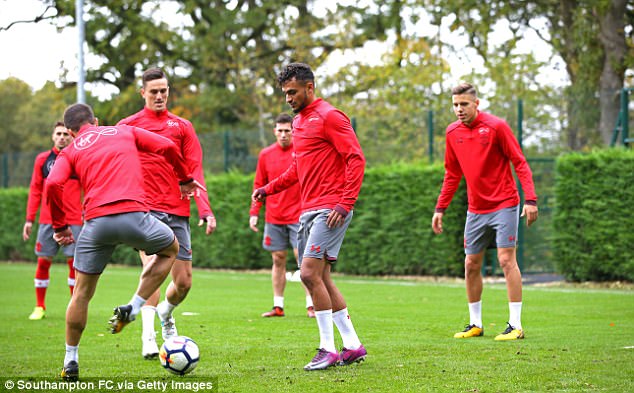 But his brilliant solo effort last week, which clinched Pellegrino’s side victory against the Baggies, coupled with Lemina’s setback, could see the Morocco international race up the team sheet.

Boufal, restricted to only one Premier League start this season, let his frustrations spill over in an impassioned goal celebration in front of Pellegrino four minutes after stepping onto the pitch. 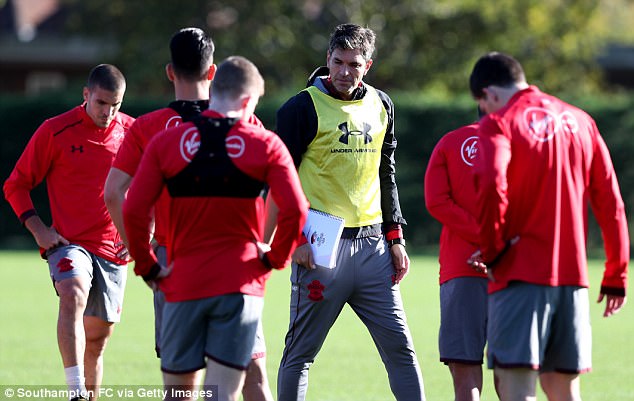 ‘I have spoken to him about that,’ the Saints boss said. ‘Obviously it’s something private.

‘The only thing that I can say is that I’m happy with his action and reaction on the pitch – how he was playing in the last few games, not just the other day.

‘Because for me when you make a change you want to make an impact on the game and Sofiane did it.’

Pellegrino gave an insight into why he has been reluctant to trust Boufal with a starting place since replacing former manager Claude Puel in the summer. 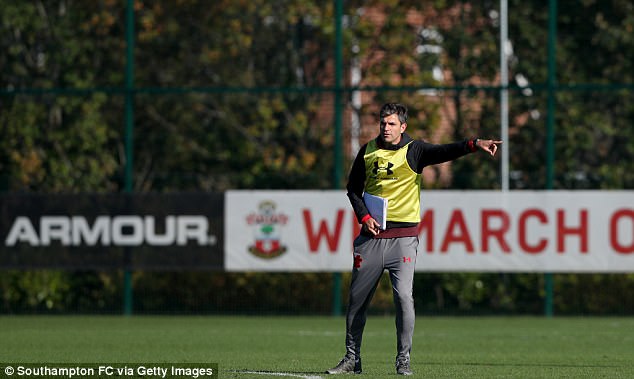 ‘Most of the players who have got ability, for me, I always explain to them that you have to choose the right moment,’ he said.

‘When you go one-v-one, or when you have to play one-touch, or play simple and pass to a team-mate who is in a better position.

‘In modern football, to see before you receive the ball is crucial. This is the main target for our offensive players, not just Sofiane, all of them.’

Pellegrino, still waiting to learn the full extent of Lemina’s ankle problem, has no other new injury concerns as his side bid for back-to-back wins for the first time this season.