Virgil van Dijk scored Liverpool’s crucial second goal as they won 3-1 at Bayern Munich on Wednesday to book their place in the Champions League’s last eight.

Sadio Mane netted either side of Van Dijk’s powerful 69th-minute header to earn a big result for Liverpool, three weeks after the sides drew 0-0 in the first leg when the Dutch defender was suspended.

Speaking to BT Sport after the final whistle in Germany, Van Dijk said: ‘It is a great evening. We knew it would be tough as they have a great team with fantastic players.

‘We were unlucky on their equaliser but we got the job done and we’re into the last eight. It is very important and it feels amazing to score.’ 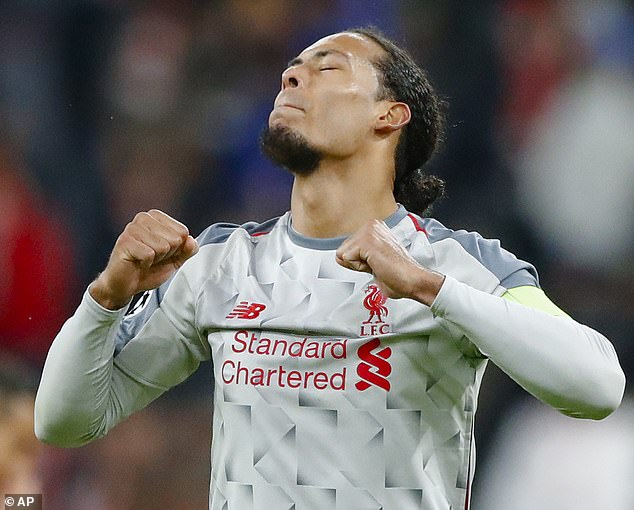 Liverpool will learn the identity of their quarter-final opponents when the draw is made on Friday.

Left back Andrew Robertson will be suspended for the first leg after picking up a yellow card in Munich and Van Dijk added: ‘We need to cover him. But we will prepare and make sure everyone is ready.’

James Milner was also interviewed by BT Sport after the game and was full of praise for Liverpool’s defensive performance, although he challenged 6′ 4″ centre back Van Dijk get on the scoresheet more frequently.

‘It was a good result,’ said Milner. ‘We didn’t play our best but it is about defending well and getting three points.

‘This guy got another goal. To be honest, he should get more given his height!’ 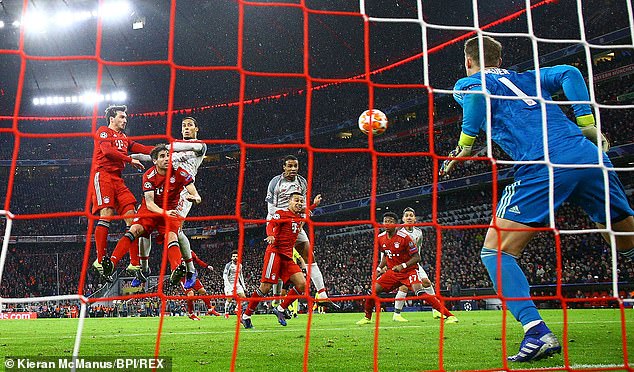 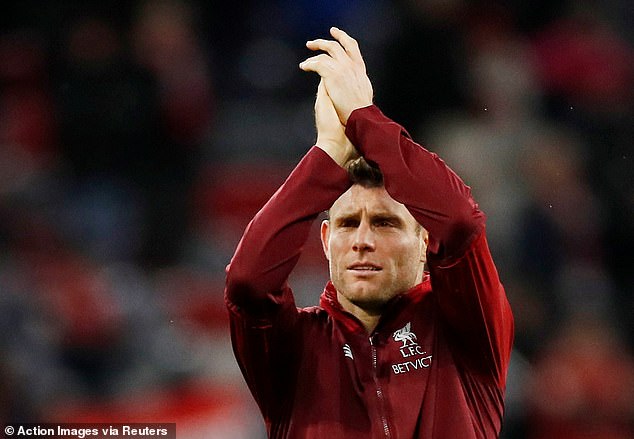 Van Dijk has now scored five goals for Liverpool since signing from Southampton in January 2018.

Milner and Van Dijk both wore the skipper’s armband on Wednesday after club captain Jordan Henderson limped off with an ankle injury in the first half.

On losing Henderson to injury, Milner said: ‘It says a lot about the squad we have got. To lose the captain that early was difficult but we dealt with it well. Fabinho came on and did well then we scored.’

Liverpool’s victory confirmed that half of this season’s Champions League quarter-finalists will be English teams.

On Liverpool, Tottenham and the two Manchester sides making the last eight, Milner added: ‘It is good for English football. That’s what you want.

‘We don’t know who we are going to get in the next round but we have good feelings from last year so hopefully we can carry that on and go as far as we can.’ 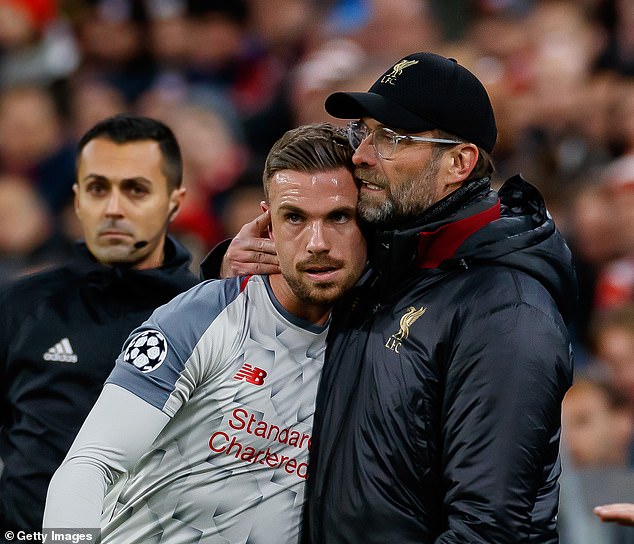 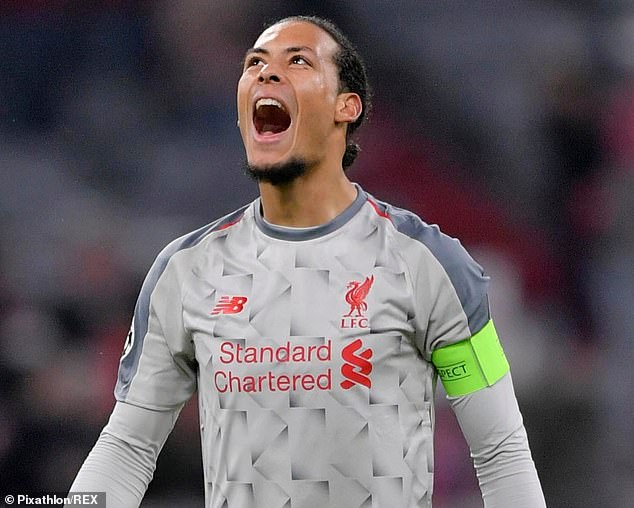 With Henderson and Milner both taken off before full-time, Van Dijk ended the game as captain