Liverpool defender Virgil Van Dijk returns to the Nou Camp this week hoping to erase the memory of his only other appearance at the home of Barcelona.

The newly-crowned Professional Footballers’ Association player of the year was a member of the Celtic team humiliated 6-1 in December 2013 – they were 6-0 down after 72 minutes.

What was more galling on that night was that Lionel Messi was not even playing.

There is no chance of that happening on Wednesday night, with the Argentina international being handed generous periods of rest by coach Ernesto Valverde in the games leading up to this Champions League semi-final first leg, but Van Dijk is relishing the prospect.

He is also looking to address his history with Barcelona.

‘It is a nice stadium, an historic stadium and for me it was a great experience to play over there,’ said the Holland captain.

‘It was my first time, my only time and my last time so far so I am looking forward to playing them again, one of the best teams in the world, but I think this can be totally different than when I was there the last time.’ 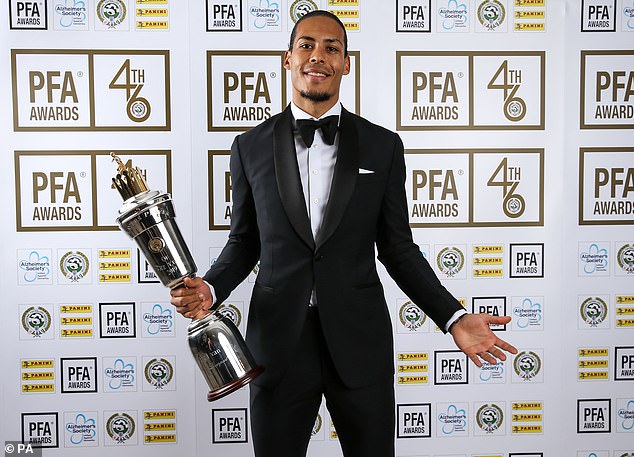 Despite Celtic’s result, Van Dijk came away with plenty of plaudits but – despite that – he was not happy with the performance.

‘But the good thing for me personally was I took a lot of experience from that night and that helped me, obviously.’

Van Dijk’s imperious form, and the way he has marshalled Liverpool’s defence this season to concede just 20 goals in 36 Premier League matches, should help in combating the threat of Messi.

However, the Dutchman knows that is easier said than done. 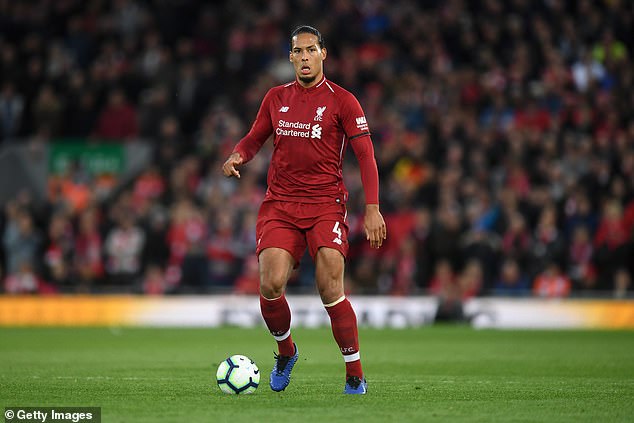 ‘Yeah, I think he is the best player in the world, I have said that before,’ he said.

‘But you see how we play, how we defend, we don’t defend one v one, we defend all together and we attack all together as well – so we will see. We will be ready.

‘The situation is that we are in the semi-final against Barcelona and we are going to face one of the best players…I think the best player in the world.

‘But it is not only him, the whole team has a lot of quality and we will prepare well and that is what we are going to do.

‘We have also a very good team so we can compete there as well so it is not like we are going there for a holiday or something.’

It is another huge week for the club, who remain in the title race with the relentless Manchester City, who have a one-point advantage heading into the final two Premier League matches. 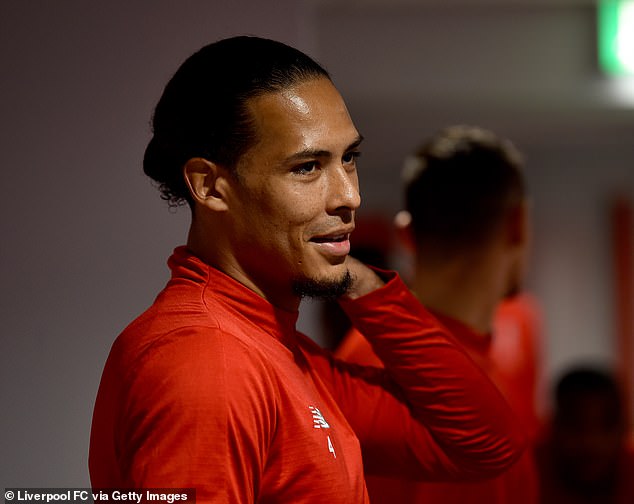 Many – including former Manchester United defender-turned-pundit Gary Neville – were sceptical of Liverpool’s capacity to maintain a challenge on two fronts, but they have disproved all the doubters.

‘The situation is how it is and I said many times before, we have to enjoy it, show what we have been doing almost the whole season and keep working hard and never give up.

‘I see what we have. I see the players we have, I see the management and the way we play football so it is not really a big surprise.

‘But you still have do it and we have to do it on Wednesday as well. It is going to be unbelievably tough.

‘You need to be ready for problems and we will be and hopefully we can get a good result or a result we can take with us back to Anfield and we are going to try everything to go through to the final.’