Virgil van Dijk says fans can boo him all they want as the Liverpool and Holland defender does not care a jot.

The PFA Player of the Year won the Champions League at the start of the month but was unable to follow it up with further silverware in the Nations League.

Ronald Koeman’s side lost 1-0 to hosts Portugal in the inaugural final on Sunday, when some England fans that made the trip to the game booed Van Dijk – just as they did as the Dutch won Thursday’s semi-final in extra-time.

England manager Gareth Southgate joked that he would rather the fans booed him than his own players, but if the plan was to throw the defender off kilter then it did not work.

‘I don’t really care if somebody boos me or boos the team, we’re trying to win the game,’ Van Dijk said.

‘We know we have a lot of support behind us anyway and at the end of the day it’s us players who have to do the job, and it doesn’t affect me at all.’

Van Dijk was largely unruffled during the defeat by Portugal, which came down to Goncalo Guedes’ goal from distance – a disappointing end to a memorable season for the Reds defender.

‘Obviously we wanted to win, that’s the main thing,’ he said.

‘We have to keep our heads up high, recover from all of this, learn from this whole experience, because we have a young group, and make sure we qualify for the Euros. 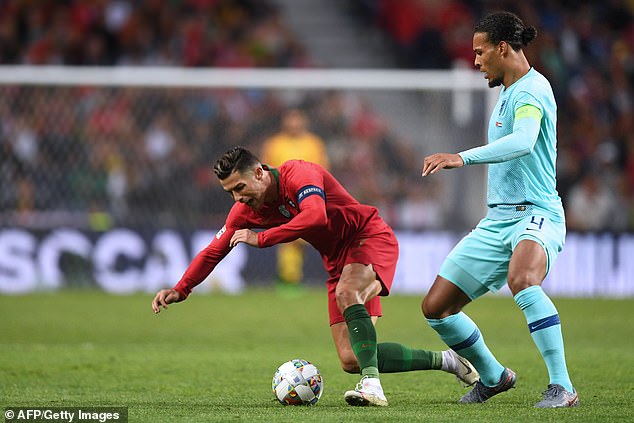 ‘It’s a total different team we faced (than England).

‘I think they waited for our mistakes, they sat back a little bit and let us have the ball, and I think the pace of the game was not high, especially the first half, but I don’t think they had too big chances, and were a bit luckier in the end than we were.’

Van Dijk was understandably downbeat after the loss in Porto, but the Holland captain believes the national team are back on the rise after some difficult years.

‘I think before this tournament if someone said we would be in the final, we would beat France, Germany, England, then somebody would say you’re crazy,’ he added.

‘So we have to be proud of ourselves, we made big progress as a team, on and off the pitch, so we have to keep going and make sure we qualify for the Euros.’ 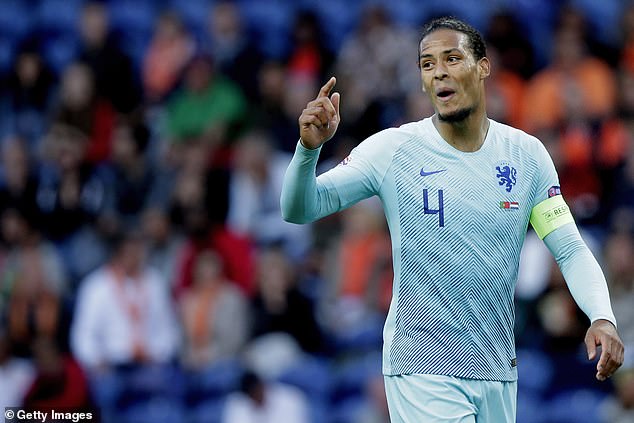