‘It’s our own fault we are in this position’: Virgil van Dijk still confident Liverpool can secure Champions League progress against Napoli

Jurgen Klopp’s side need to beat Napoli at Anfield on Tuesday, with a 1-0 win or a two-goal margin needed to guarantee a place in the last 16.

Van Dijk told a press conference: ‘You don’t want to be in a situation we are in tomorrow where we could get knocked out but we want to show we belong in the Champions League.

‘We are doing very well in the league and we can show it in the Champions League.

‘It’s our own fault we are in this position but we have a way of getting out of it.’

Liverpool boss Klopp hopes his side’s home form will make up for their three defeats on the road in Group C. 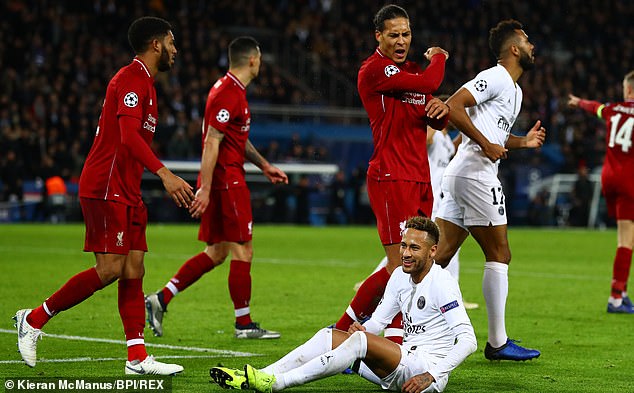 The Reds have lost to Napoli, Red Star Belgrade and PSG in the group stage this season

He said: ‘We knew after the Napoli game it was not good and Belgrade was not any better.

‘So far at home we have been good and we need to be even better tomorrow. I told the boys if nothing special happens with a referee decision we will get what we deserve.

‘We caused the situation, we are responsible for the situation, but we still have the chance to go through and that is pretty special. I’m really looking forward to it, it’s a big opportunity for us to put it right.’