‘We want to show we belong in the Champions League’: Virgil van Dijk issues rallying cry ahead of Liverpool’s must-win game against Napoli

Virgil van Dijk has demanded a performance to put right the mess Liverpool’s travel troubles have already caused and ensure they are a Champions League team in the new year.

There is a theory that Liverpool’s quest to win the Premier League would be better served if they fail to overcome Napoli on Tuesday night but van Dijk believes it is ridiculous to look for positives if they are eliminated.

The danger of a group-stage exit, though, is real. Liverpool’s three away defeats have left them needing to produce arguably their best display of the campaign and centre back van Dijk is aware of the threat posed by Napoli – who won 1-0 when the sides met in October. 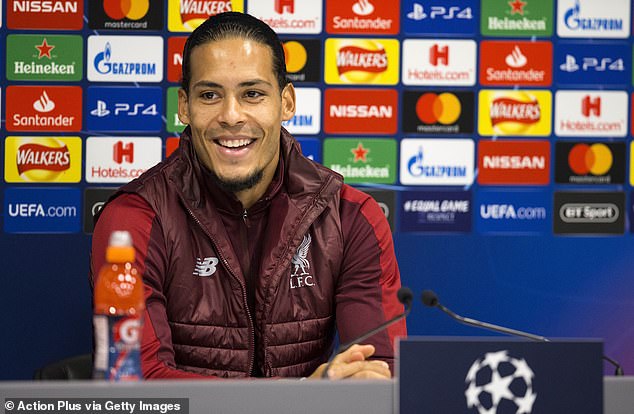 ‘I don’t know about putting it right but we want to show we belong in the Champions League,’ said van Dijk. ‘We want to show we are much better than what they saw over there. Napoli are among the most dangerous teams in Europe.

‘I hope that is not going to happen – that we are going to progress and show that we definitely belong.’

But would it not be better if Liverpool had free midweeks in the new year to really push Manchester City hard in the race for the Premier League title? 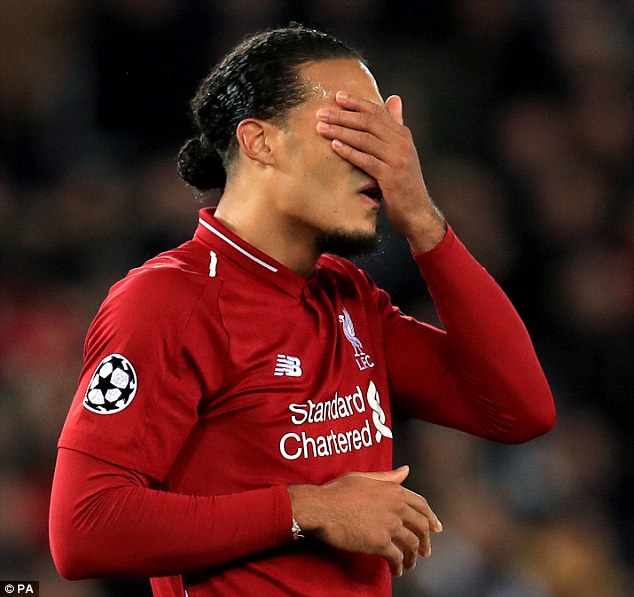 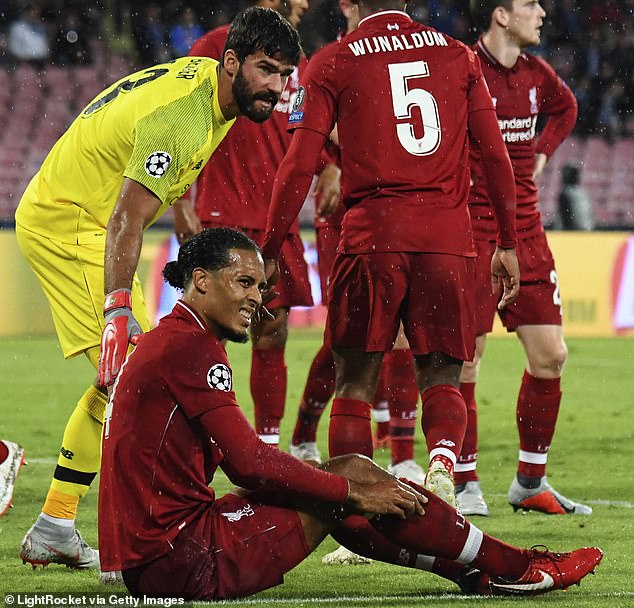 When that scenario was presented to Van Dijk as a possible silver lining in the cloud of losing to Napoli, his facial expression spoke volumes.

‘Being in the Europa League is something I am not even going to think about, so I won’t answer,’ he said.

‘I don’t think they are Liverpool fans if they are saying that. We want to compete on the highest level. We are top of the league now, but it could change next week. You never know.

‘The main thing is to stay on the highest level and the main thing for us is to do everything we can to go through. It is going to be a tough game but like always I’m confident in my team.

‘At Liverpool, there is always pressure but it’s good pressure. You want to play in these circumstances.’ 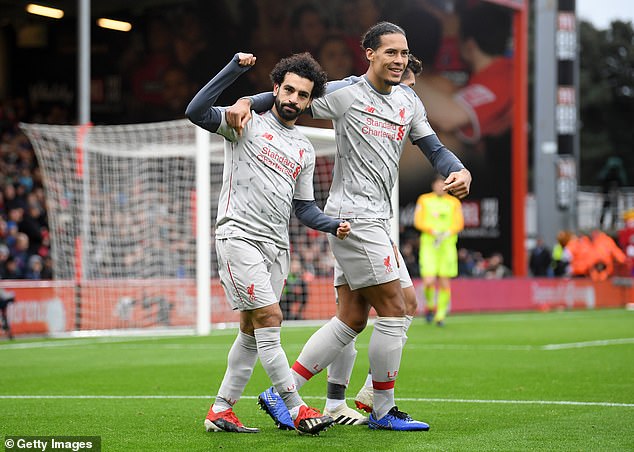 Fighting for prizes at home and abroad is something van Dijk feels Liverpool are equipped to do and having played in the Champions League final six months ago, Van Dijk wants to enjoy the experience of going all the way again.

‘I definitely look at the squad and think it can compete on two fronts,’ said the Holland international.

‘We still need to show it but we are definitely capable of competing in both competitions. We will start the game like we always start at home in the Champions League.

‘We want to do that away from home but it is not as easy as people might think. We need to start fast, set the tone, put them under pressure and play the game.

‘Be brave, be confident, don’t hide. Show yourself and try and do that all together.’