Virgin Atlantic is launching daily flights between London and Brazil from next year.

The service will connect Heathrow to São Paulo’s Guarulhos International Airport in what is the airline’s first route to South America.

It will operate a Boeing 787 Dreamliner aircraft on the flight, which will take 11 hours and 55 minutes.

Virgin Atlantic has announced that it is launching a daily flight to São Paulo in Brazil, pictured,  from 2020 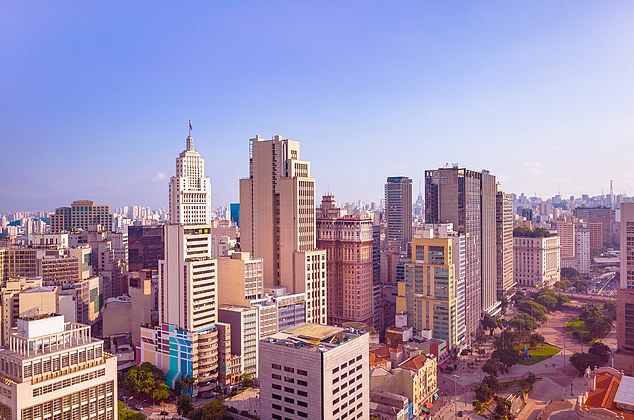 The service will connect Heathrow to São Paulo’s Guarulhos International Airport. It is Virgin Atlantic’s first foray into South America

All flights will have Virgin Atlantic’s upper class, premium and economy cabins.

The UK-based carrier says the new service aims to capitalise on the fast-growing Brazilian economy.

São Paulo is the commercial capital of Brazil and one of the top 20 global economic cities.

It’s the largest city in the Americas after New York for multinational companies to have offices in.

In addition, Virgin Holidays also intends to launch trips to Brazil for the first time, with both the spectacular Iguaçu Falls and Amazon rain forest easily accessible from São Paulo.

Holidaymakers can also connect on to locations such as Rio de Janeiro and the beautiful beaches of Santa Catarina.

Meanwhile the airline expects that the new flight will become a popular cargo route as Brazil is the number one import and export country in South America.

Shipments could include car parts, pharmaceuticals, food and agricultural products. 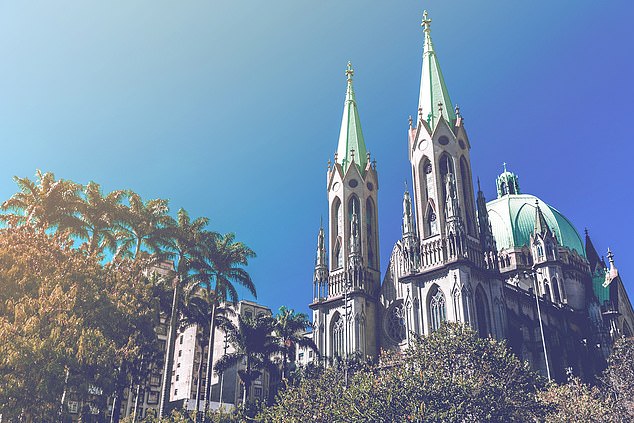 The UK-based carrier says the new service aims to capitalise on the fast-growing Brazilian economy. Pictured is São Paulo’s cathedral

Juha Jarvinen, Virgin Atlantic executive vice president – commercial, said: ‘2019 marks the start of a new phase of growth for Virgin Atlantic as we work to become the most loved travel company.

‘São Paulo represents an incredible opportunity for our business, and we’re very excited to be flying to a brand new continent for the first time.

‘There are a significant number of corporate customers, and multi-national businesses, located in this powerhouse of South America who can now enjoy the Virgin Atlantic experience on this busy international route.

‘But it’s not all about business – I’m also thrilled to introduce an exciting new destination to our leisure customers.

‘São Paulo boasts numerous cultural institutions such as the Museu de Arte, has a rich architectural history, and acts as a gateway for leisure travel within the rest of Brazil and beyond.

‘This is a prime opportunity for Virgin Holidays who are busy securing a range of ancillary partners and diverse accommodation options for those customers seeking a full-service holiday offering.’ 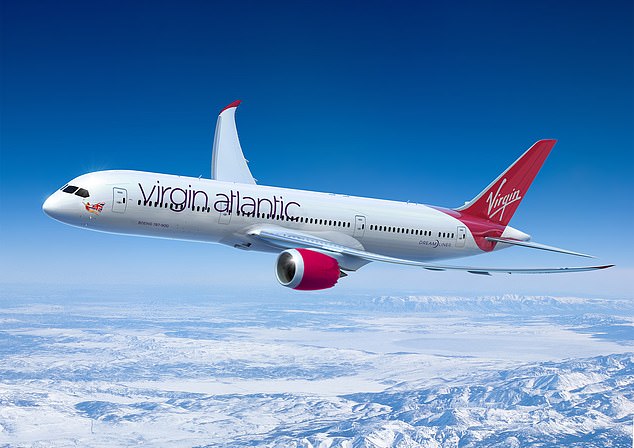 The new Virgin Atlantic service will be operated on a Boeing 787 Dreamliner. The flight will take 11 hours and 55 minutes 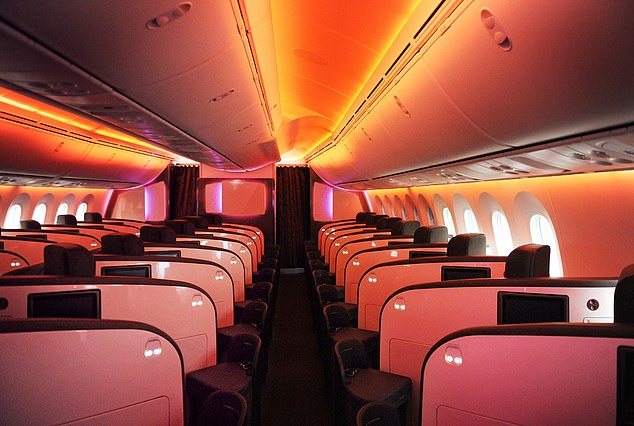 All flights will have Virgin Atlantic’s upper class (pictured), premium and economy cabins

While Marcelo Álvaro Antônio, from the Ministry of Tourism in Brazil, added: ‘The increase of air connectivity is one of the priorities of the Government in order to make Brazil more competitive in the global tourism scenario.

‘This new flight is a great achievement for our country.’

Virgin Atlantic has embarked on an ambitious growth plan, with the airline ‘focusing on delivering irresistible, effortless and great value experiences that customers love’, according to a press statement.

In 2019, Virgin Atlantic will welcome the first four of 12 Airbus A350-1000s to its fleet, which not only boasts a totally redesigned on board experience for customers but will help transform the fleet into one of the quietest and most fuel efficient in the sky.

The airline also looks forward to becoming the founding member of a new, $13 billion (£9.8 billion) transatlantic joint venture with over 300 daily transatlantic flights and 96 non-stop transatlantic routes, alongside Delta, Air France and KLM.