A kindhearted baggage handler who was filmed comforting a puppy before it was loaded onto a plane has been gifted two business class tickets by Virgin’s CEO.

The Perth crew member named Chad was praised around the world after footage of him speaking to one-year-old dachshund Cooper before he flew to Melbourne went viral.

Channel Seven reporter Jacqui Felgate recorded the special moment when Chad sat next to the dog and then followed it on the conveyor belt right up until being loaded onto the plane.

CEO of Virgin Australia Jayne Hrdlicka decided to make a trip to Perth to thank Chad for his kindness to the pooch, gifting him with two round-trip business flights.

‘That obviously gives you the ability to bring along a friend … I know you’ve been getting lots of offers from amazing women around the world,’ Ms Hrdlicka said to a very chuffed Chad.

‘I was just reassuring him and asking him if he was ready to board, just like the passengers get asked up at the gate,’ Chad said. 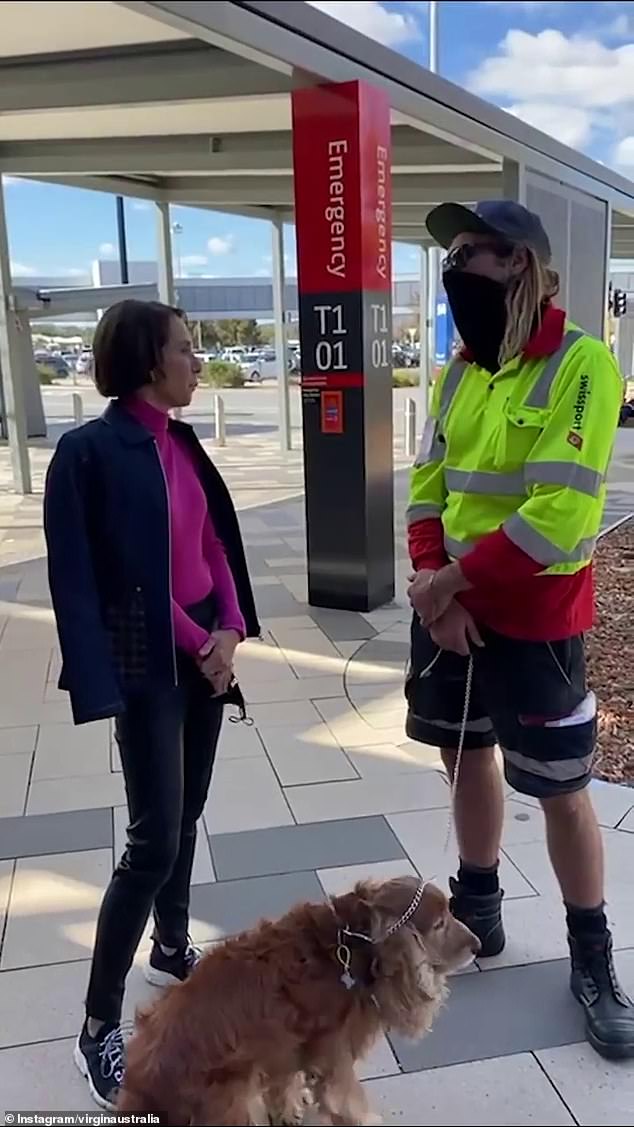 CEO of Virgin Australia Jayne Hrdlicka decided to make a trip to Perth to thank Chad for his kindness to the pooch, gifting him with two round-trip business flights 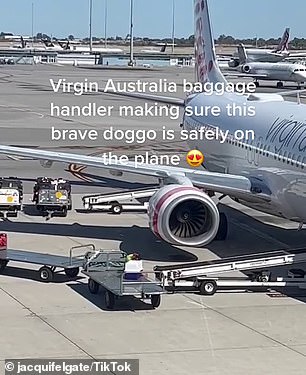 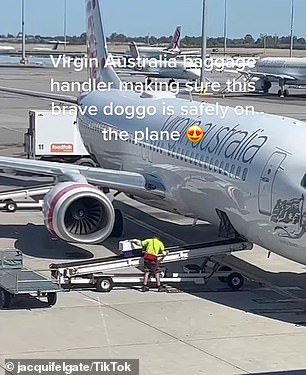 ‘I said ”Coopy mate, you’ll be fine, hope you have a safe flight, we’ll see you on the other side”.’

Chad thanked everyone for the support on his Instagram page, adding he ensures every animal going on a trip gets the ‘royal treatment’.

‘It is a scary environment for them. I try my absolute best to calm them, water them and give them some pampering before they are placed inside the aircraft,’ he said. 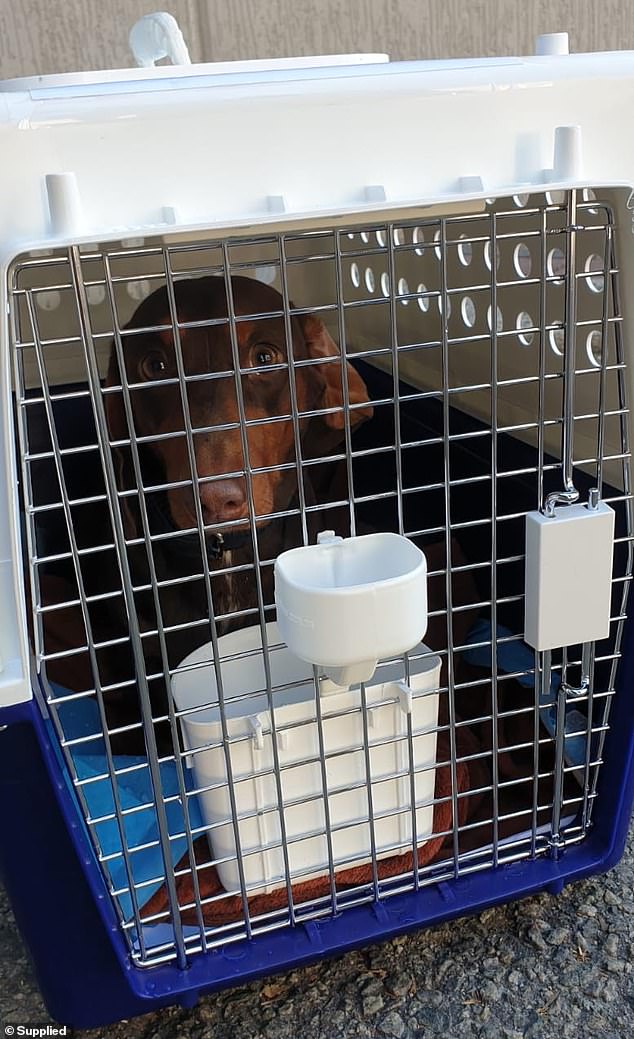 The video of Chad escorting Cooper onto the plane, which was posted on TikTok and Instagram, has received more than three million views.

The owner of the puppy, Cheyenne, commented praising the actions of the worker and for making their whole trip a lot easier.

‘Thanks for calming him, he’s not the biggest fan of flying, so seeing you take time to sit with him was really heart-warming.’

Chad responded: ‘I spent some time with him in the staging area for freight, prior to delivery to bay.

‘In the staging area, I like to check on all pets, give out all the scratches willingly taken and try to befriend them.’

‘That way a familiar face greets them out on the busy tarmac later when we load them.’

The beloved baggage handler also revealed he was single. 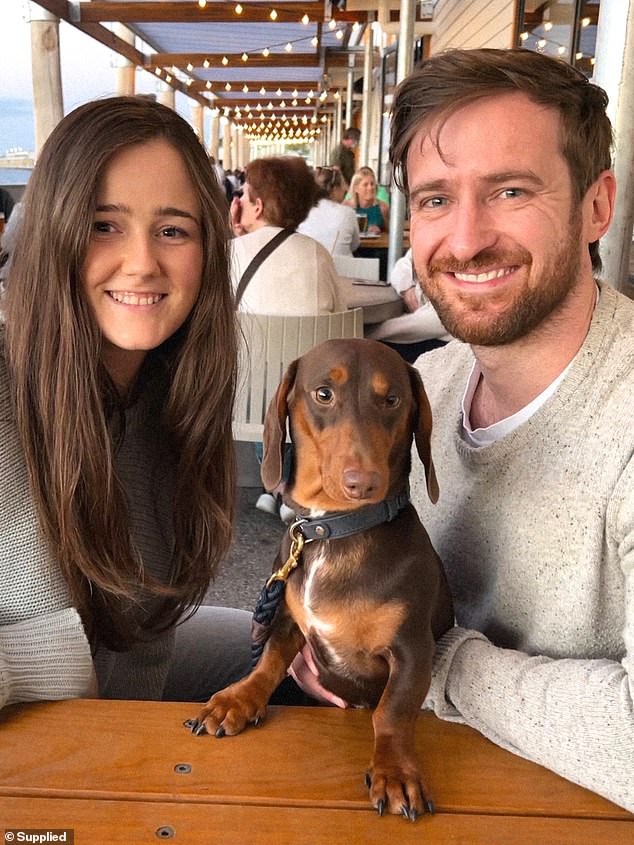