Virgin Galactic’s Unity spaceship blasts off on another test flight

It was the second rocket-powered flight of its Unity spacecraft, and launched and landed from the Mojave Air and Space Port in the California desert.

Virgin Galactic said in a tweet that the flight would carry out ‘a partial duration rocket burn that will test a rearward center of gravity closer to the commercial configuration.’

Touchdown! The second rocket-powered flight of the Unity spacecraft launched and landed from the Mojave Air and Space Port in the California desert today

Virgin Galactic’s has it over 700 astronauts-to-be signed on to launch, with tickets priced at $250,000 per flight.

This was the sixth powered test flight of the SpaceShipTwo design, and the second since the fatal crash of the Spaceship Enterprise on Oct. 31, 2014.

Sir Richard Branson said this week he is training to be an astronaut – by playing tennis four times a day.

The 67-year-old multi-millionaire has been desperate to make space travel a commercial enterprise since he founded Virgin Galactic in 2004.

Although test flights have managed to get 84,000ft up in the air, Virgin is yet to take passengers to such dizzying heights.

But speaking to BBC Radio, Sir Richard said he is only ‘months away’ from making his first trip into space. 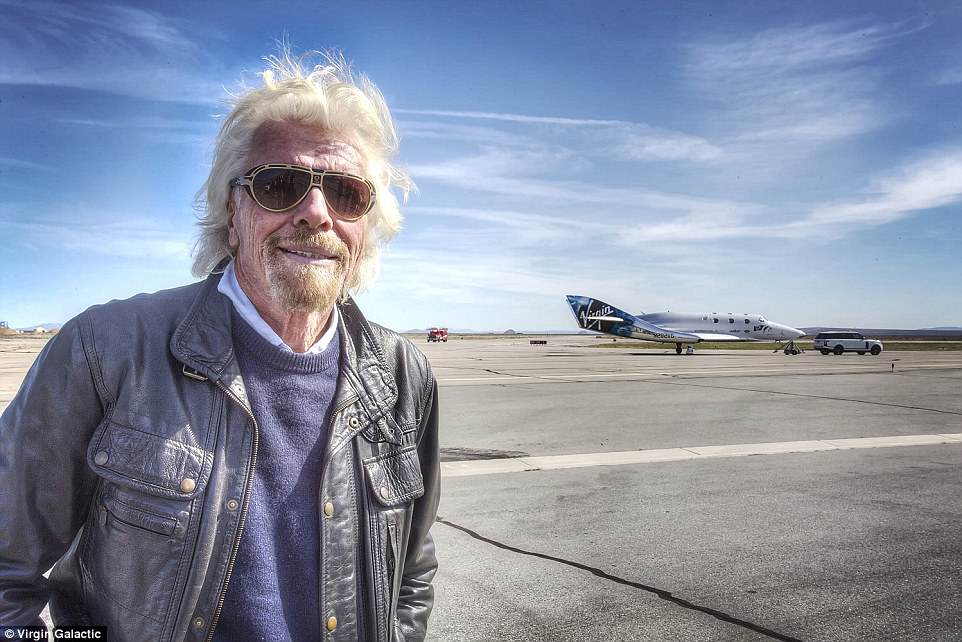 He told Radio 4’s You and Yours programme, due to be broadcast on Monday: ‘We’re talking about months away, not years away – so it’s close. There are exciting times ahead.

‘I’m going for astronaut training; I’m going for fitness training, centrifuge and other training, so that my body will hopefully cope well when I go to space.

‘Instead of doing one set of tennis every morning and every evening I’m doing two sets. 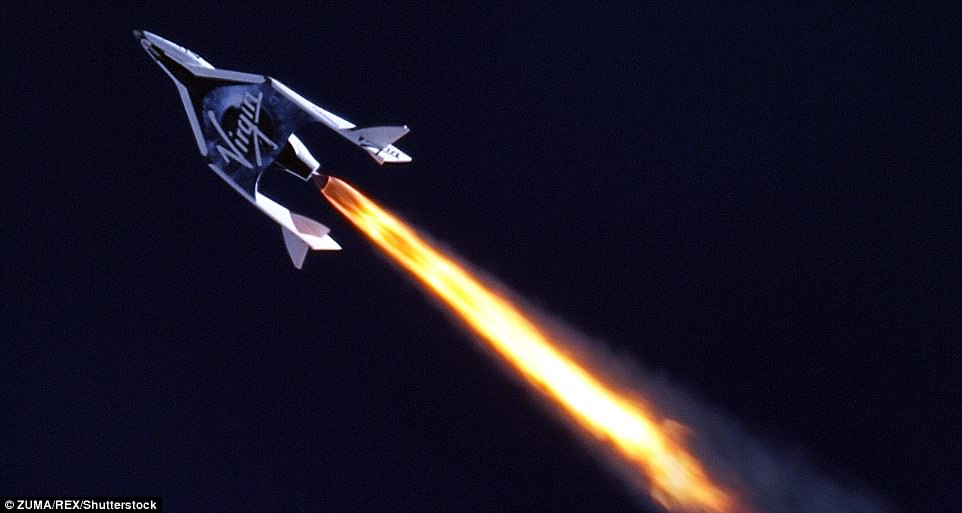 ‘I’m going kiting and biking – doing whatever it takes to make me as fit as possible.’

Sir Richard, tech entrepreneur Elon Musk and Amazon founder Mr Bezos are leading the charge in commercial space travel as they race to get tourists into space.

But while Sir Richard believes Mr Musk is ‘doing fantastically well’ in getting cargo into space and building bigger and bigger rockets, the real tussle is between the Virgin boss and Mr Bezos.

‘I think we’re both [Sir Richard and Mr Bezos] neck and neck as to who will put people into space first.

‘Ultimately we have to do it safely. It’s more a race with ourselves to make sure we have the craft that are safe to put people up there.’

The Virgin founder wants to be one of the first space tourists ever and is taking part in gruelling centrifuge training which recreates the pressures the human body experiences during space flight.

All astronauts endure G-force training which simulates the experience of take-off and travel through the earth’s atmosphere.

He added: ‘If you’re going to really enjoy the experience, the fitter you can be the better.’

Earlier this year Virgin Galactic completed a supersonic test flight of its SpaceShipTwo passenger rocket ship. It was the first return to the air for the company since a crash in the Californian desert in 2014 in which one pilot was killed and another was injured. 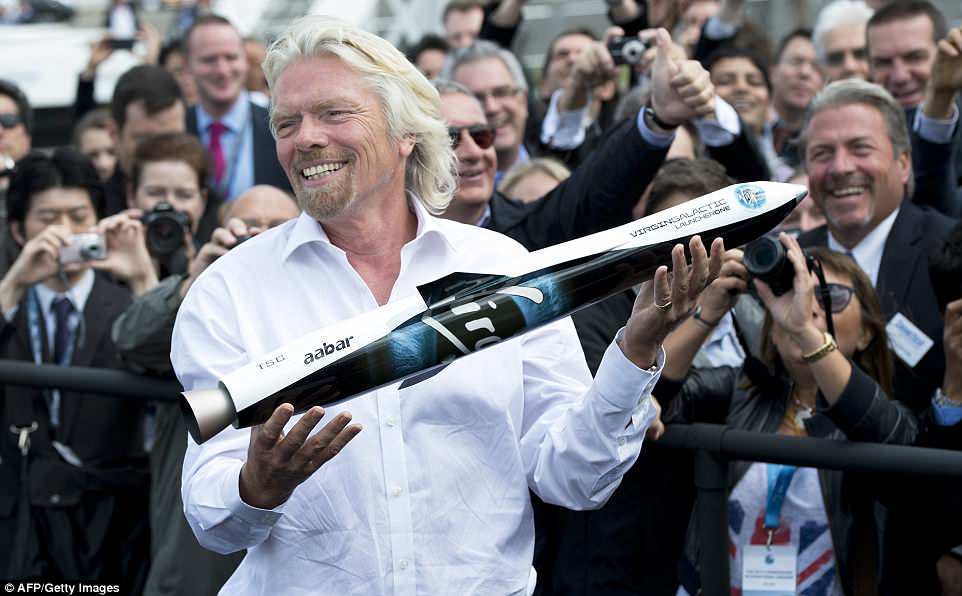 Pictured: Branson has wanted to go into space since he first founded Virgin Galactic in 2004