As Hurricane Harvey was battering Corpus Christi, Texas, on Friday night, an electrical fire engulfed the property of one local family, destroying everything in sight, save for one thing: a small statue of the Virgin Mary.

Jesus Rojas Jr and his extended family had fled their homes in suburban Robstown before Harvey came ashore as a Category 4 hurricane, bringing life-threatening 130mph winds and catastrophic flooding.

Before seeking shelter, the Rojas clan had boarded up the three houses located on their sprawling property against the ferocious storm, but the fire that erupted soon after in one residence had spread to the others.

Miracle in Texas: This Virgin Mary statue is the only thing that remained intact after a fire ravaged a family’s property in suburban Corpus Christi, Texas, during Hurricane Harvey 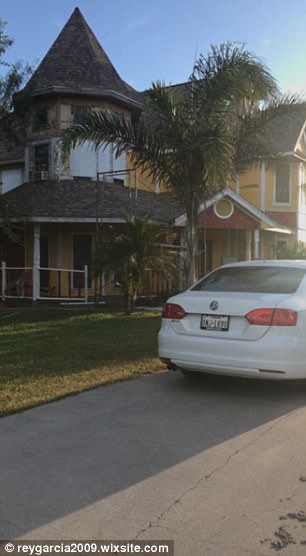 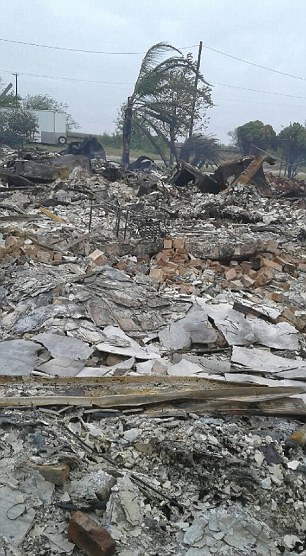 Total loss: The Rojas family’s main residence, a three-story Victorian-style house (left), was reduced to rubble by the electrical fire, along with two adjacent homes 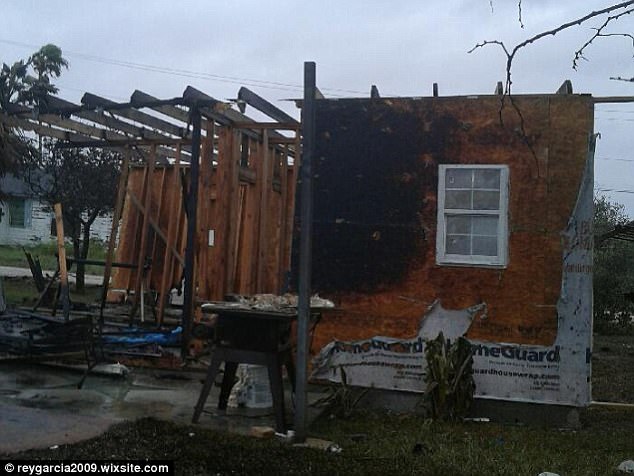 Nearly a dozen members of the extended family lived together in Robstown, Texas 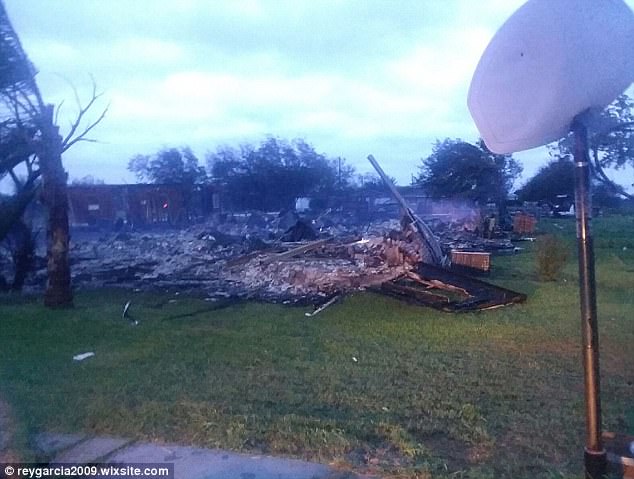 Firefighters from the Robstown Fire Department responded to the blaze but were unable to contain the raging flames, which were being fanned by the gale-force winds, reported KRIS-TV.

In the end, the inferno reduced all three homes to ashes, including the family’s main three-story Victorian-style house.

When the Rojas family returned to survey the devastation and try to salvage some of their belongings from the scorched rubble, they discovered the statute of the Virgin Mary standing intact amid the debris.

‘Some may blame God and some may blame the hurricane, but the only thing standing were holy things,’ Rojas’ grown daughter, Natali, said. ‘As you can see, this statue is the only thing that survived, I dug in there for things and all I found is a Virgin Mary.’ 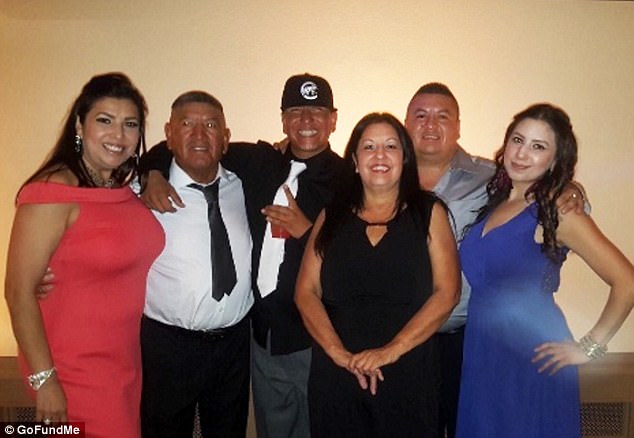 Jesus Rojas Jr (second from left), the patriarch of the large clan, expressed gratitude that no one from his family has perished in the fire or the storm 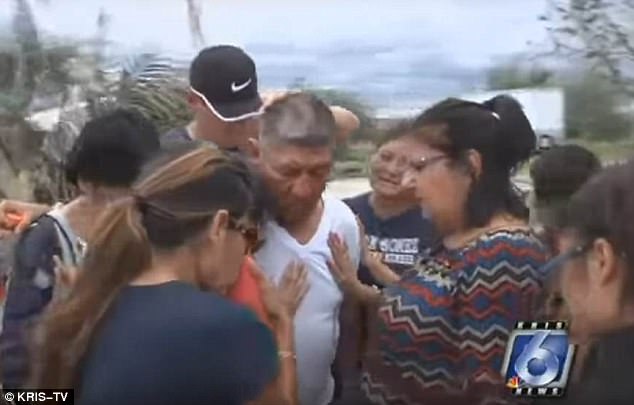 Picking up the pieces: The Rojases later returned to their devastated homes to try and salvage whatever they could

Mr Rojas, the family patriarch, expressed gratitude that no one perished in the fire and thanked the local firefighters for putting themselves in harm’s way to try and save their homes in the middle of the hurricane.

‘I believe that throughout my life I’ve suffered a lot, we were migrants. We worked all of our lives in fields and trying to show our families how to stay strong, how to believe in God and keep everybody together as a family,’ he said.

A family member has launched a GoFundMe account to help their now-homeless relatives, who are said to be in immediate need of lodgings, food, clothing and other necessities, having lost all of their possessions in the fire. 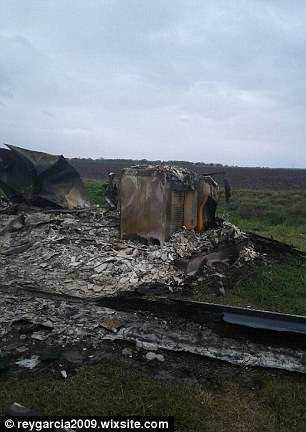 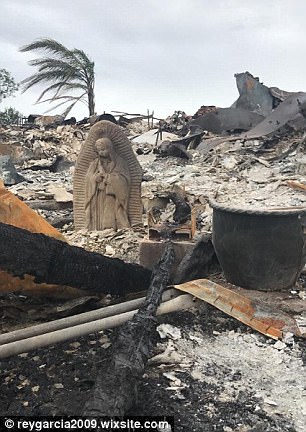 Plea: The family have launched a fundraiser asking for donations to help them rebuild after losing their homes and all of their possessions, save for the Virgin Mary statue (right)

According to another online fundraiser created on behalf of the Rojas family, nearly a dozen people had lived on the Robstown property before Friday night’s fire, among them multiple children.

The description of the fundraiser states that the Rojases have only recently lost a 17-year-old granddaughter.

‘We are asking you from the bottom of our hearts to help us rebuild,’ the campaign reads. ‘We will be truly grateful for any donations as they try to rebuild and make new memories.

‘The family has beautiful faith in God and the Blessed Mother. They have hope that they will come back stronger from this.’