Virginia state prisons have announced a new policy banning female visitors from wearing tampons or menstrual cups to prevent them from sneaking in contraband.

The news broke in a letter sent out by Warden David Call at the Nottoway Correctional Center on September 20, announcing the new policy set start on October 6 to combat the smuggling of drugs into the prison.

The Virginia Department of Corrections confirmed that the policy will be adopted statewide to Think Progress.

The letter stated: ‘As a result of recent inquiries in regards to feminine products being an ideal way to conceal contraband, effective October 6, 2018, the use of tampons or menstrual cups are no longer to be worn during visitation.’

Virginia state prisons have announced a new policy banning visitors from wearing tampons or menstrual cups to combat the smuggling of contraband into jails. It was first announced in letter sent to inmates and visitors at Nottoway Correctional Center, pictured above

‘Each case terminated will be subjected to further restrictions being imposed based on the circumstances surrounding the termination,’ the letter added.

State DOC spokeswoman Lisa Kinney said that the smuggling of drugs using menstrual products has long been an issue in Virginia’s prison system.

‘The policy regarding visitors’ body cavities aims to keep contraband from entering prison facilities,’ she said in an e-mail to Think Progress.

‘If someone chooses to visit a Virginia Department of Corrections inmate, he or she cannot have anything hidden inside a body cavity. There have been many instances in which visitors have attempted to smuggle drugs into our prisons by concealing those drugs in a body cavity, including the vagina,’ she added.

Kinney added that the Department of Corrections consulted with the state attorney general’s office on the matter and determined that detention centers will offer women menstrual pads if they’re found to violate the policy by body scanners.

‘When potential contraband is seen on a body scan, visitors are offered the choice of a strip search or leaving the facility without visiting with an inmate. This policy aims to help visitors avoid that all together,’ she added.

However the new policy has sparked outrage on the policing of women’s bodies.

Denny Maria, who shared the photo of the Nottoway Correctional Center letter online where it went viral, says she’s outraged with the new policy. 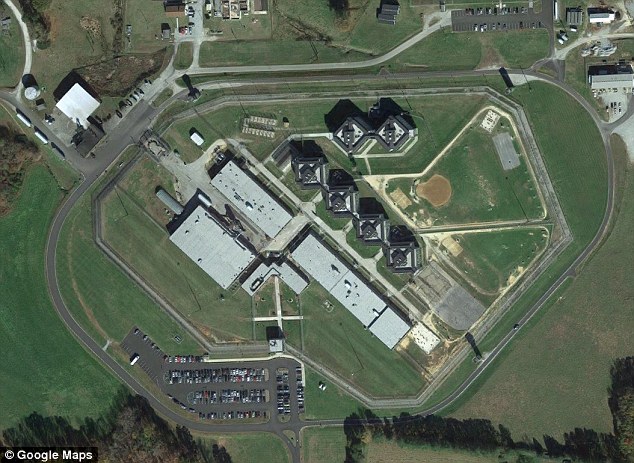 The ACLU of Virginia has also condemned the policy.

‘Helping people who are housed in jail or prison stay connected to friends, families, and communities is critical to rehabilitation and eventual, successful re-entry to society,’ Bill Farrar, director of strategic communications for ACLU of Virginia told Truthout in an email.

‘Any policy that discourages visitors is, therefore, one that should be subject to the most exacting and careful review. In addition, a policy like this one that requires those who wish to visit people who are incarcerated to set aside their dignity and health is simply unacceptable,’ he added.

Previous legal efforts to control tampon use have been deemed illegal in the U.S.

Last year in Tennessee, the nation’s largest private prison CoreCivic settled a lawsuit with women who sued the prison after it ordered them to remove their tampons or sanitary pads to prove they were menstruating and demonstrate they’re not smuggling anything.

Yet, Virginia prisons have had a long running problem with the smuggling of drugs behind bars.

In November 2016 four former DOC employees were arrested for bringing or conspiring to bring drugs into several state prisons. In July a Virginia woman plead guilty to smuggling drugs into a state jail where she volunteered to test inmates for HIV.

The tampon policy comes just five months after Virginia passed a bill requiring state jails and prisons to provide inmates with free feminine hygiene products such as pads and tampons that was launched on July 1.