Virginia woman killed by the ‘kissing bug’: Mother, 77, died after suffering an allergic reaction during a river stroll, friend says

Evelyn Wooten, 77 (pictured), of Danville, Virginia, was walking on a trail on July 2 with her friend when she was bitten by a bug

A Virginia woman has died after she suffered an allergic reaction to what her friend believes is a bite from the ‘kissing bug’.

On July 2, Evelyn Wooten was walking along the Riverwalk Trail in Danville with her friend, Karen Hudgins, when an insect landed on her.

Hudgins told the Danville Register & Bee that she slapped the bug off of Wooten, thinking it was a horsefly.

Within 10 minutes, Wooten, 77, told her friend she needed to sit down.

‘She said: “Karen, I can’t breathe”,’ Hudgins told the newspaper. ‘I looked back. She looked real pale. She was struggling real hard to breathe.’

Wooten asked her friend to call 911 before she collapsed on the ground.

Hudgins said that, as she dialed, she saw Wooten begin to swell and turn blue.

According to the Register & Bee, Wooten was admitted to the ICU at Sovah Health – Danville and put on life support but, the next day, she was declared brain-dead.

Her son, Mark, told the newspaper that doctors believe she was bitten by a bug and suffered an allergic reaction.

Hudgins believes the insect that bit her friend is triatoma sanguisuga, known as the ‘kissing bug’ because it tends to bite people’s faces, near their mouths.

They are commonly found in the southern US, Central America and South America, according to the Centers for Disease Control and Prevention. 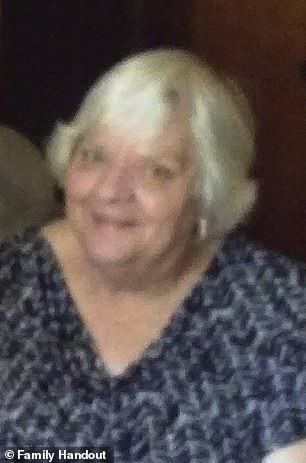 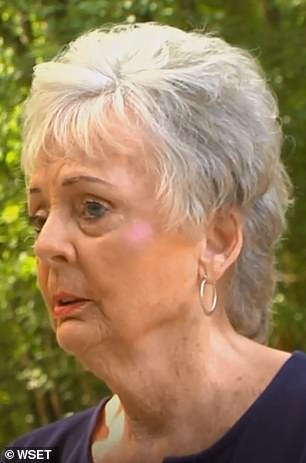 Within 10 minutes, Wooten started gasping for air and soon collapsed on the ground. She was put on life support, but was declared brain-dead the next day. Pictured: Wooten, left, and Karen Hudgins, who was walking with Wooten when she was bitten, right 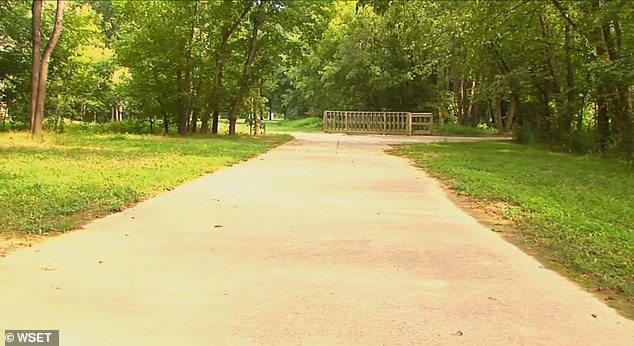 Her friend, Karen Hudgins, believes Wooten was bitten by an insect known as the ‘kissing bug’ because it tends to bite people’s faces, near their mouths. Pictured: The trail on which Wooten collapsed

The agency says there are 11 different species and the saliva of certain types could lead to an allergic reaction.

However, it’s very rare that a bite results in anaphylactic shock, as what occurred in Wooten’s case.

The kissing bug is also known for transmitting Chagas disease, a parasitic illness that can lead to life-threatening complications.

However, Extension Agent Steven Barts told WSET the type of kissing bug that spreads the disease is not the Danville area.

Wooten’s son, Mark, told the Register & Bee that his mother and Hudgins were close friends and both breast cancer survivors.

‘They formed a real strong bond together with that,’ he said.

In lieu of flowers, the family has asked for donations to be made to the American Breast Cancer Foundation.