Virgin Media has launched a new TV streaming plug-in, which it says could save customers up to £120 per year on subscriptions such as Netflix, Prime Video and Disney+.

‘Stream’ allows users to bring together TV channels, streaming services and apps in one place on their television, working in a similar way to Google’s Chromecast or Amazon’s Firestick.

Virgin’s service also means customers can manage all of their monthly subscriptions from one online account.

Virgin Media’s new streaming box is available to broadband customers from April 27, and aims to give viewers more control over their streaming subscriptions and cut monthly costs

Virgin is offering customers who sign up 10 per cent back on each online subscription service it supports, which would save them around £10 per month if they were signed up to all of them.

However, Stream is only available to Virgin broadband customers – and the 10 per cent saving will be received a discount off their their internet bill.

Given that the average household spends four hours a day in front of streaming services, it could be a money saver.

This is Money finds out how the new service works, what is included and how much it costs to sign up.

Stream is powered by a simple plug-in device, which is compatible with most modern televisions.

The small, semi-portable box essentially converts any TV with a HDMI port into a voice-activated smart TV.

It means customers may not need to fork out for a new TV to upgrade their entertainment, as it will make any relatively modern model function in a similar way to a smart TV.

Stream is a small, portable device that works with most modern TVs through a HDMI cable turning a regular old TV into a smart device

The fact the box must be powered by a Virgin broadband connection will put some people off, but the firm claims this makes it run more quickly and cuts down on ‘buffering’ time.

Once installed, customers will be able to view all of their channels and streaming platforms in one place.

They will be able to choose which streaming services they subscribe to via their Virgin account, meaning they no longer have to sign up to each one separately.

They will be able to add or subtract streaming platforms based on a rolling, 30-day subscription period.

Virgin also claims to have ‘in-system’ reminders that will remind users to cancel their subscriptions to services they are not using. 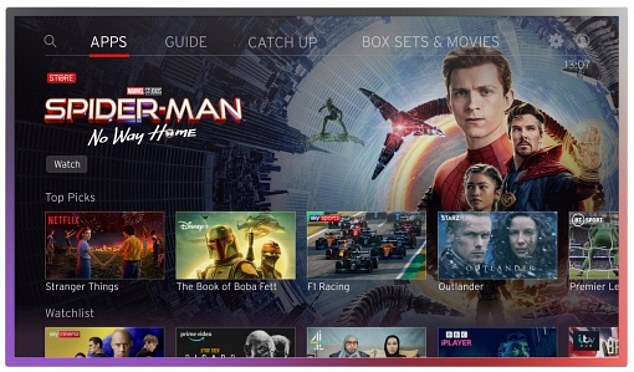 Stream offers customers a one-stop-shop for their live and streamed entertainment, with the option to renew or cancel streaming services directly from your TV

What channels and platforms are available?

Stream brings together terrestrial TV channels with a range of non-terrestrial ones such as E4, CBeebies and Sky News.

It also supports most of the main streaming services, including Netflix, Prime Video, Disney+ and Britbox. Apple TV, however, is not currently available, and Amazon Prime, while viewable on Stream, will need to be managed separately for payment purposes. 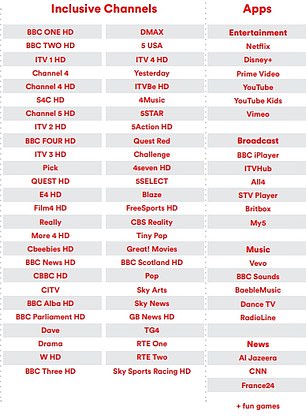 Virgin currently offers access to its ‘essential streaming’ services, such as Disney+, Netflix and Amazon Prime

Virgin is claiming the service will save customers money, by allowing them to start and stop different streaming subscriptions when they choose, and giving them some money back on the ones they do subscribe to.

‘Stream customers will only pay for the entertainment they choose and can pocket monthly savings on the content they add.

‘Stream is more than just a new TV service, it’s whole new way to enjoy connected entertainment. More than ever, content and connectivity go hand in hand and with Stream we’re delivering the best of both.’

How much does it cost, and who can get it?

The streaming platform is very reminiscent of competing streaming boxes by Apple or Google, except this one is a lot more exclusive.

Their current system is only available to customers with Virgin Broadband, and is marketed as a ‘complimentary’ add on for those who don’t current have their own Google Chromecast, or AppleTV box.

Where the box differs from their competitors is their integration of live TV through Freeview, or other streaming subscriptions such as BT or Sky Sports, with VirginTV customers getting access to Disney+ for the first time since their launch.

New or existing Virgin customers can add ‘Stream’ for a £35 activation fee.

This includes the small box and voice active remote to control the new smart interface.

However, if you end up switching your broadband away from Virgin, you won’t be able to keep the device. If you switch back later on you’ll need to pay the additional £35 fee again. 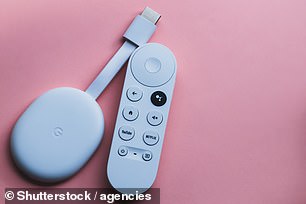 Stream operates in a similar way to Google’s Chromecast, by simply plugging it into your TV and using your voice active remote

Is it worth switching to Virgin to get Stream?

At a glance, the platform seems like a great way for current Virgin customers to save money on their everyday entertainment bills.

If you are an existing Virgin customer, then this is a no-brainer for saving you money during this cost of living crisis.

However, if you are debating switching to benefit from Stream, then its worth doing the maths to see how much you can save.

Virgin customers can currently pay £25 per month for a non-fibre broadband 18 month contract, or £37 for fibre broadband only deal, with speeds of 108 and 362Mbps respectively.

The market-leading fibre broadband deal at the moment is offered by Hyperoptic, which offers a 24-month deal with speeds of 150Mbps for £25 per month.

In this example, customers would probably not save money by switching to Virgin for the streaming discounts.

However, for those who are signed up to all of the streaming services, and currently pay £27 or more a month for their fibre broadband, switching to Virgin and saving £10 per month might be worth it. 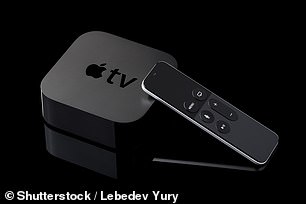 What are the drawbacks?

To benefit from the streaming discount, customers will need to deactivate their existing streaming services, which would mean losing things like saved programmes and watchlists.

And while the platform is advertised as a convenient way to save on streaming, customers may still find themselves managing some of their rolling contracts outside of the platform, as Apple TV for example is not included.

Households are also currently only able to have one Stream box in their house at a time, meaning it is not possible to watch TV across multiple devices, or in multiple rooms.

Virgin also admitted that it’s not likely to be available to customers of other broadband providers in the future.

There also doesn’t seem to be any sign of further integration or interactivity for customers, as there are no future plans to integrate online gaming as part of the package.

Is this the future of streaming?

This is Money reporter Emilia Shovelin gives her verdict on the new Stream device:

Unfortunately, as far as the ‘future of entertainment’ is concerned, this device feels two-years-too-late.

The likes of Google’s Chromecast has been offering mixed-platform content recommendations since the mid 2010s.

For older generations looking to get in on the streaming game, then Virgin could be the future, however.

More than 70 per cent of streaming requests are currently sent from a TV device, up from 50 per cent in 2016.

But for younger generations who are already happy to unsubscribe and re-subscribe as they need, Virgin has yet to offer something that you can’t manage yourself.

Personally, I would have loved to see more interactivity with the device, potentially introducing a live comment section for live events and programmes as a way to further connect with the content and other customers watching alongside me.

Hopefully, this is only the start for Virgin, and we will see more improvements in the way we interact with our streaming services.