Visitors risk their lives for selfie at Beachy Head

Thrill seekers have been spotted balancing precipitously on the edge of unstable cliffs in a bid to take selfies.

Shocking photographs taken over the Bank Holiday weekend show a number of reckless daredevils perching on the edge of Beachy Head cliffs in East Sussex taking their pictures with selfie sticks.

The unstable beauty spot has seen a number of cliff falls in recent weeks, prompting the Coastguard to advise people to avoid the area, warning: ‘no selfie is worth risking your life for’.

Pictures taken on Sunday show one woman dicing with death as she nonchalantly sits on the edge of the cliff and takes her picture.

She can be seen smiling at the camera and putting both arms in the air as she leans back, despite the imminent danger.

In June some 50,000 tonnes of chalk gave way and collapsed into the sea at Birling Gap – part of Seven Sisters national park near Beachy Head – claiming the life of a woman in her 20s.

The cliffs at Seaford Head in East Sussex were hit by three unexpected collapses in two days.

Rescuers found the body of a woman in her 20s who is believed to have fallen from a clifftop around the time of the dramatic rockfall in June.

The scene of the cliff collapses created a mini tourist boom in the East Sussex town with some sightseers admitting they had travelled long distances to view the spectacle. 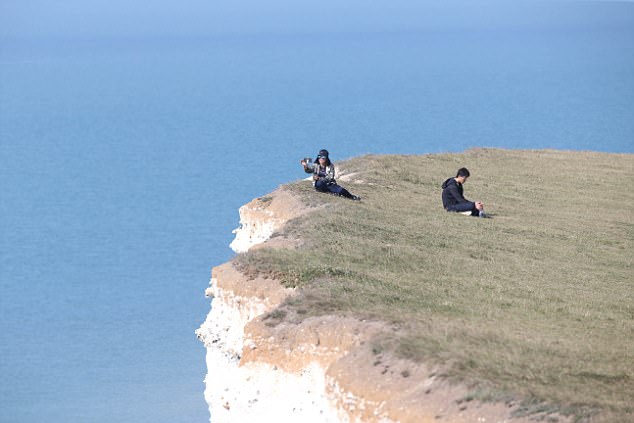 The Coastguard urged people to avoid the area, warning ‘no selfie is worth risking your life for’

Cliff falls are known to happen along the stretch of coastline with warning signs and taped-off areas in place to prevent tourists from getting too close to the edge and taking selfies.

Seaford Town Councillor Phil Boorman said there was a real danger of further collapses and those people close to the edge were risking their lives.

He said: ‘All we can do is appeal to people to not put themselves in danger or be tempted to risk their personal safety for the sake of a simple photograph. Regrettably a lot of people still ignore anything even the coastguard say.’ 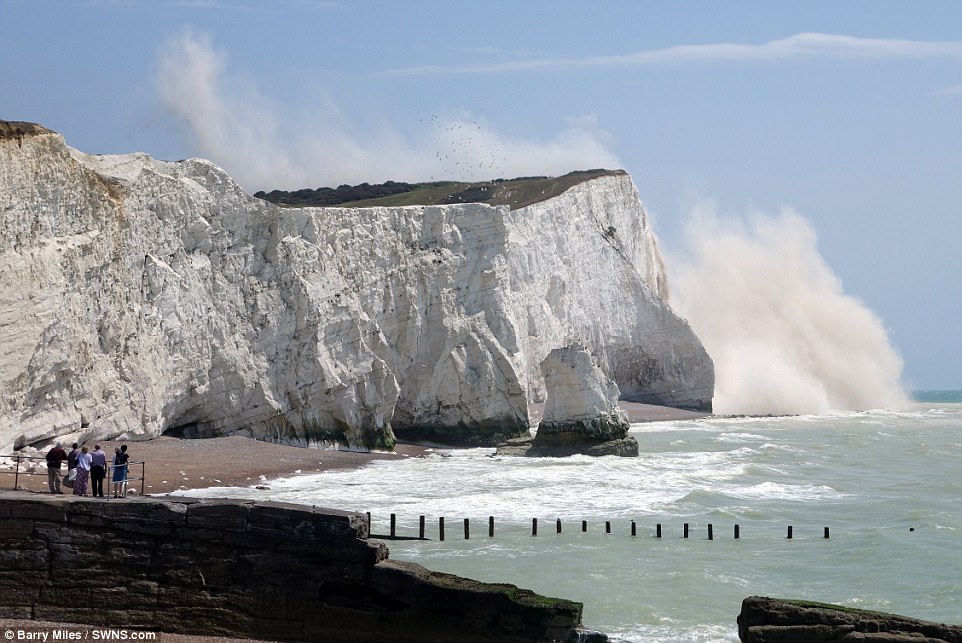 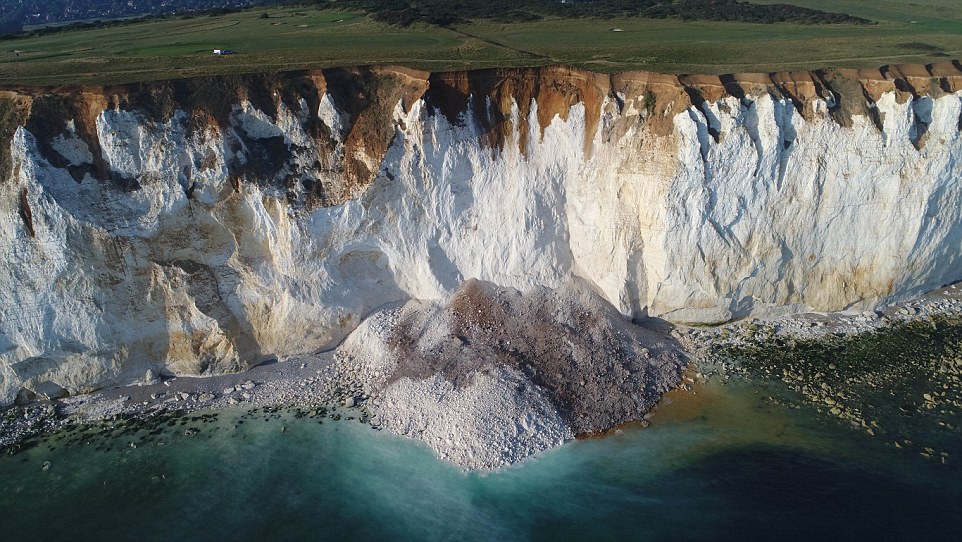 In June a number of dramatic cliff falls took place at the shore, near Eastbourne, East Sussex

He described people enjoying picnics on the cliff edge and visitors walking in the beach beneath the crumbling cliff face as ‘complete idiots’.

Mark Rodway OBE, Maritime Commander, added: ‘Don’t be tempted to go and investigate recent falls and don’t risk going to the edge to get a dramatic photo.

‘One of our biggest problems is the ‘selfie-culture’ where people take risks to get a dramatic photograph of themselves on a dangerous cliff edge – no selfie is worth risking your life for.’