Vital reason you should NEVER forget your shades!

When model Thom Evans noticed tiny, unsightly growths in the corners of both eyes, close to his nose, he worried they might eventually affect his sight.

‘I was also concerned they may show up in close-up shots in my modelling and acting work,’ says Thom, 34, a former Scottish international rugby player, who famously broke his neck in a Scotland v Wales Six Nations match in 2010.

‘They were particularly noticeable when I was tired and run down — I guess they were red and sore as people would ask me what they were,’ says Thom, who is single and lives in London. ‘I had a 2mm growth in each eye.’

Thom had first noticed the lumps when he was 17 and mentioned them to an optician, who told him they were called pterygium, also known as ‘surfer’s eye’.

Sight for sore eyes: Handsome model and actor Thom Evans suffers with a condition called pterygium, which is due to not wearing sunglasses in childhood

These wing-shaped triangular pinkish wedges of fleshy scar tissue grow over the surface of the white of the eye in response to damage caused by ultraviolet (UV) rays. In an estimated one in three cases, they can grow over the front of the cornea, the clear window at the front of the eye. They usually grow slowly over many years and affect both eyes, but their rate of growth can be difficult to predict.

Harminder Dua, a professor of ophthalmology at the University of Nottingham and medical adviser to the charity Fight For Sight, says that a pterygium starts out as a benign cosmetic blemish on the white of the eye, but if they grow and advance they can distort the cornea (called astigmatism) or cover the central cornea, causing blurred vision, double vision and they can lead to profound sight loss.

When they do affect sight, they can be removed by surgery.

‘They can sometimes cause dryness, as the tear film is unable to spread across the irregular surface and breaks down, exposing the surface and drying it out,’ says Professor Dua. This can cause irritation and inflammation, leading to redness.

‘In the most extreme cases, when a pterygium grows over the central part of the cornea, it obstructs the passage of light into the eye and can cause profound sight loss,’ he adds.

However, the exact cause of pterygia is unknown. It is more common in countries close to the equator where exposure to the UV rays in sunlight is high.

Chronic irritation from sand, dust and wind in a dry climate can also contribute. Surfers are particularly at risk because of the long periods of time they spend in the sea, with exposure to both direct and reflected UV rays. 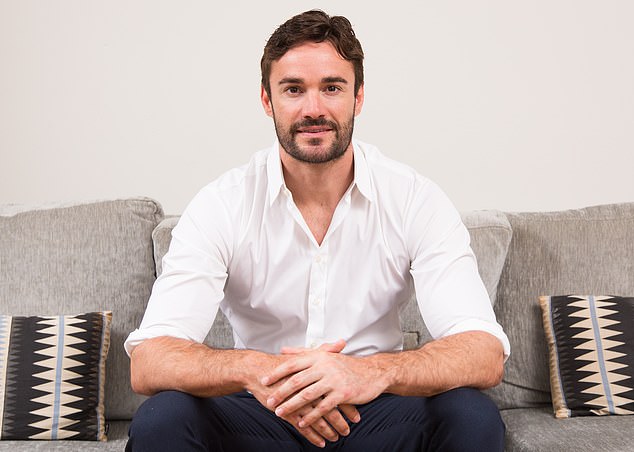 UV exposure: Thom had grown up in Portugal’s sunny Algarve and spent most of his free time swimming, windsurfing and surfing 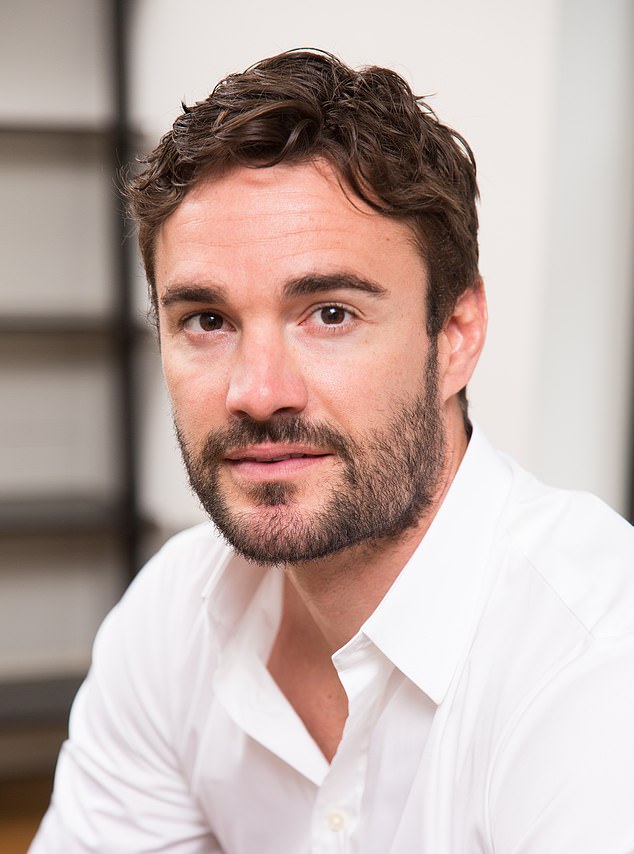 Nip/tuck: Surgical options, under local or general anaesthetic, include excision (called a bare sclera resection), where the head and body of the growth is removed with microsurgery — but this has a high recurrence rate reported as between 24 and 89 per cent

‘In the UK, pterygium growths are relatively uncommon because of the lack of strong sunlight, with 1 per cent of the population, or around 670,000 people, affected,’ says Ali Mearza, a consultant ophthalmic surgeon at Imperial College Healthcare NHS Trust, and Ophthalmic Consultants of London, a private clinic. ‘In countries such as Australia, India and Africa, the prevalence rate can be 30 per cent.’

Thom had grown up in Portugal’s sunny Algarve and spent most of his free time swimming, windsurfing and surfing. ‘Although I was careful about protecting my skin, stupidly I didn’t wear sunglasses,’ he says.

‘Skiing was another sport I loved, and although I did wear goggles some of the time, I wasn’t good about wearing them. I didn’t appreciate the risks from UV light reflected off the snow.’

In his late teens, the pterygium growths would cause his eyes to become irritated and sore.

‘It felt like I had grit or sand in my eye, and sometimes I’d need eye drops for the dryness,’ says Thom. ‘But usually they didn’t really bother me.

‘Opticians over the years had told me they could be removed if they affected my sight, but I was also told they usually grow back.’

Mr Mearza says the more sun exposure you get, the more likely pterygium growths will become irritating. ‘Wearing a wide-brimmed hat or cap and wraparound close-fitting CE-marked sunglasses can reduce the risk of a pterygium causing irritation,’ he says.

‘It can be quite challenging to get children to wear sunglasses, but it’s good to get them used to them early on.’

Mr Mearza says dryness caused by a pterygium can be managed with lubricating eye drops and redness treated with anti-inflammatory drops. 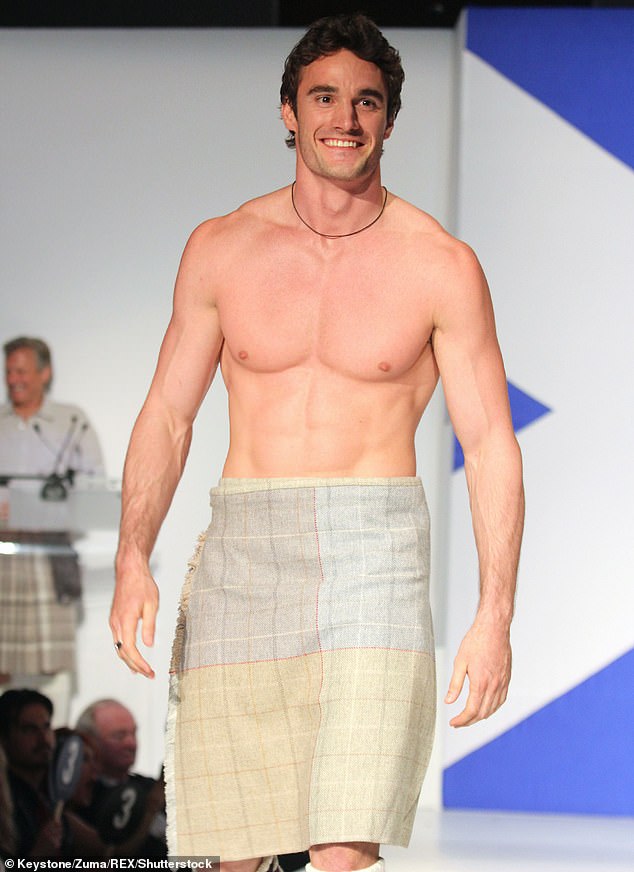 Pecs appeal: Amazingly, feminists didn’t complain about the sexual objectification of Thom Evans during the ‘From Scotland With Love’ fashion show in New York, 2012

‘Optometrists should also measure the pterygium regularly to check for any progression,’ he says.

‘If the pterygium gets bigger than 2mm to 3mm in length and heads towards the pupil, it can have a dramatic effect on sight and needs to be removed with surgery. Some people may notice changes to their sight at this stage, but others might not.’

This was Thom’s big fear five years ago when he was alarmed to notice the pterygia in both eyes were getting bigger.

‘I decided to get them removed as I was worried they might affect my sight,’ he says.

Surgical options, under local or general anaesthetic, include excision (called a bare sclera resection), where the head and body of the growth is removed with microsurgery — but this has a high recurrence rate reported as between 24 and 89 per cent.

Another option is a conjunctival autograft, where the pterygium is removed via surgery and then the area underneath patched over with a graft of tissue from the conjunctiva, the tissue lining the eyelid, leaving no scar. This has a much lower recurrence rate, of between 5 and 8 per cent.

This was the solution Thom opted for in 2014.

Professor Dua and his team at Nottingham have published research showing that injections of a drug called 5-fluorouracil (or 5-FU) into the belly of the recurrent pterygium, while it is still on the white of the eye, can stop it advancing on to the cornea in almost all cases.

‘Usually four injections, given at weekly intervals, are required, but some patients need 12 or more, says Professor Dua.

Thom, who retired from rugby in 2010 after his accident, had one pterygium removed in 2014 via surgery and a conjunctiva autograft under general anaesthetic.

The procedure took 30 minutes and he went home a few hours later. The growth in his other eye was removed three years ago, using the same approach. He’s had no recurrence since.

‘It was a little uncomfortable for two or three days, but fine after that,’ he recalls.

Thom now wants to get the message across about the importance of people protecting their eyes with sunglasses.

‘Had I known back then that not wearing sunglasses at the beach would lead to growths developing in my eyes when I grew up, I would definitely have worn them,’ he says. ‘I’m always careful now.’

OTHER RISKS TO YOUR EYES IN HOLIDAY SEASON

Most of us know the dangers the sun poses to our skin and we’ll make an effort with sunscreen. But chances are we’ll miss a key area — the skin around our eyes.

Eyelids and the surrounding area are a hot spot for cancer because the skin is thinner, and it often goes unprotected.

Around 13,600 cases of eyelid cancers are diagnosed each year, making up around 10 per cent of non-malignant skin cancers diagnosed in the UK.

The most common types are basal cell and squamous cell carcinomas, which may start off as small pimples or fleshy bumps but can grow, bleed and crust over.

Other changes you should look out for include redness and inflammation of the eyelids, unexplained eyelash loss, and the eyelashes turning white, caused by pigment cells being affected by the cancer. You should see your GP if you notice any of these changes.

The sun’s ultraviolet (UV) rays can also damage the eyes, causing sunburn to the eye’s surface as well as contributing to cataracts in the long term.

For example, UV damage can lead to photokeratitis, a type of sunburn of the cornea, the clear part at the front of the eye. This can be treated with mild steroid drops.

Cataracts, a condition where the lens in the eye becomes cloudy and vision is blurred, is also thought to be accelerated by UV damage. It is thought that sunlight encourages proteins in the lens to clump together, which makes it cloud over.