By Will Stewart For The Daily Mail

The first special unit of tank robots is to be established ‘soon’ in the Russian army amid new strains of a war with neighbour Ukraine.

Defence Minister Sergei Shoigu inspected his unmanned firepower this week at the 766th Production and Technological Enterprise in Nakhabino near Moscow.

‘The first unit with strike robots will be set up in the Russian Armed Forces to operate five Uran-9 robotic systems or 20 combat vehicles,’ announced the defence ministry. 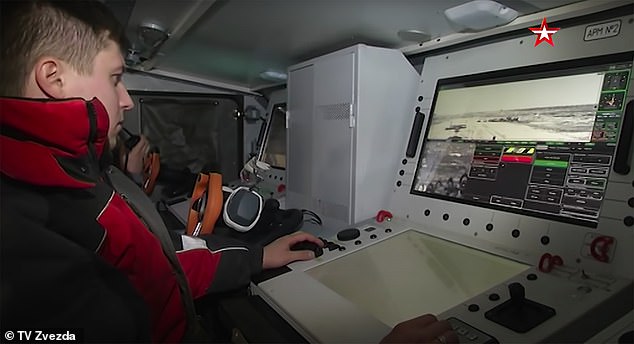 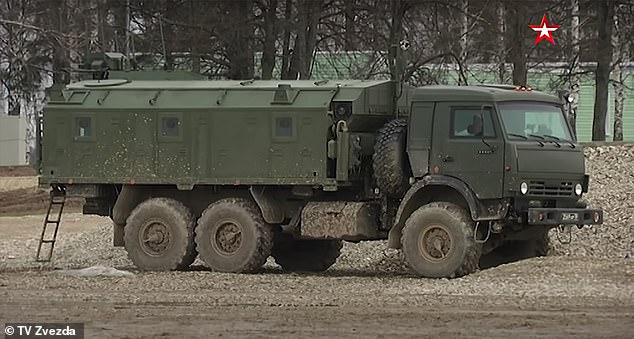 Troops will undergo training ‘to operate Uran-9 robotic vehicles in special military units’, it was announced.

A video shows the unmanned tank in action.

It is armed with a 30mm automatic gun, Ataka anti-tank missiles and Shmel flamethrowers.

Underwater and spy robots are also in development.

Shoigu ordered the robot designers to improve the technical capacity of his unmanned army to overcome the impact of ‘strong electromagnetic radiation as well as radioactive pollution’.

‘We expect to continue expanding the range of robots, which, of course, are already in demand in the military today,’ he said.

‘These will be heavy robots (for mine clearance) and everything related to the further development of scouts, radiation and chemical reconnaissance robots.

‘This applies to surface and underwater robots.’

The strike and mining clearance robots have been battle tested in Syria, ahead of the formation of the first unit. 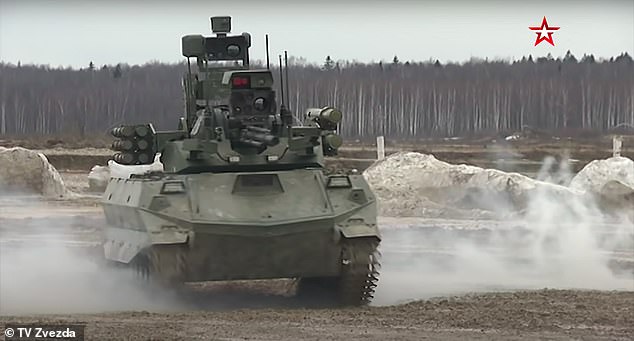 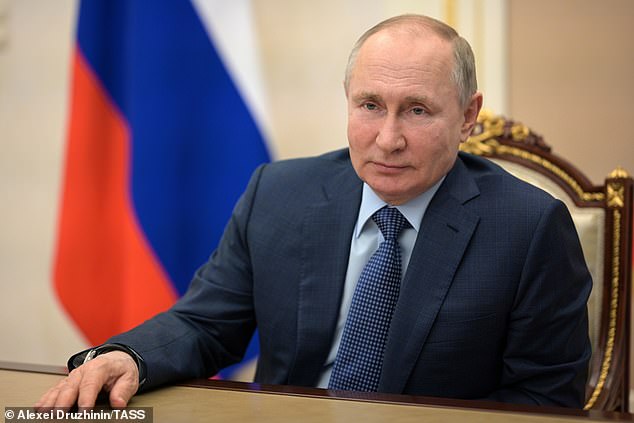 ‘Shortcomings were identified during the tests in Syria. In particular, the issues of control, reduced mobility, and unsatisfactory military intelligence and surveillance functions had been considered by engineers and were rectified,’ said Vladimir Dmitriev, head of the Kalashnikov Concern.

It is unclear if Russia is deploying its new-age robot tanks with the massing of firepower now underway on Ukraine’s borders. 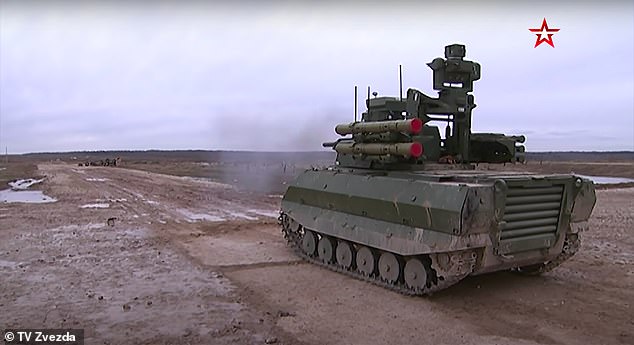 It is armed with a 30mm automatic gun, Ataka anti-tank missiles and Shmel flamethrowers 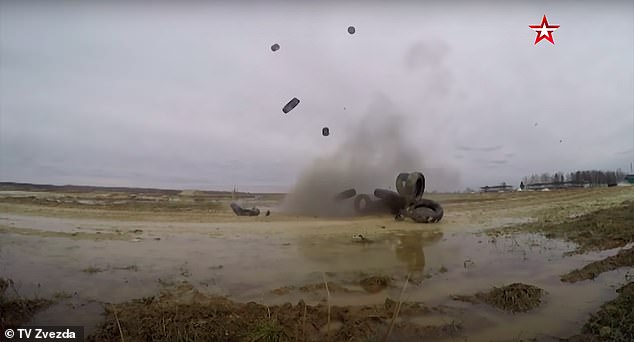