By Mark Almond For The Daily Mail

He likes to take the world – and Russians – by surprise. Vladimir Putin’s lengthy State of Russia speech yesterday was expected to be the usual tedious outline of statistics and policy developments.

No doubt the Kremlin audience of veteran apparatchiks planned to do their ‘sleeping-with-the-eyes-open’ trick. Then Mr Putin pulled his rabbits out of the hat.

Russia needed more democracy. Parliament should have a bigger say in choosing the government. The position of the president – all-powerful until now – should be cut down to size.

And so on… a raft of sweeping, bold constitutional change that seemed – whisper it – to be preparing Russia for life after Vladimir Putin. He even complained about how time-consuming being president of Russia is. He’s 67 after all and has been at it 24/7 for 20 years.

Russia’s President Vladimir Putin during a meeting with Mikhail Mishustin, head of the Russian Federal Tax Service, at Moscow’s Kremlin 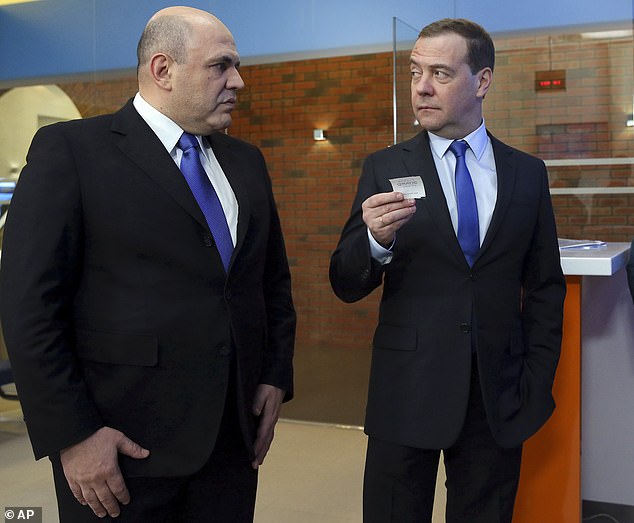 Shortly afterwards, Putin’s longtime political ally, the prime minister, Dmitry Medvedev, stood down – he made the announcement on TV with Putin next to him – and the entire government resigned to help ‘facilitate’ the proposed changes. It was only when Medvedev’s successor, an anonymous tax-collector, Mikhail Mishustin, was appointed, that it all started to become clear.

Anyone starting to hope Putin might be relinquishing his grip on the levers of power, in favour of spending more time at his dacha and enjoying the manly pursuits he’s famous for, was to be disappointed. Indeed, this was an audaciously disguised power grab for the future. By choosing as prime minister a person with no political standing or base in parliament, Putin was indicating that he does not intend to give up the top job.

What his proposed changes suggest is that Putin is weary of the day-to-day business of running Russia and making all the decisions great and small. 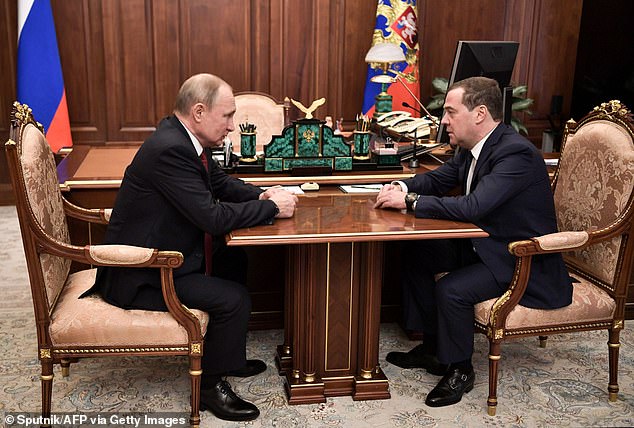 He wants to devolve administrative tasks to a new president and prime minister. By the time his current term ends in 2024, with him in his early 70s, Putin will then in all likelihood take up the role of the grand old man – perhaps the godfather is a more fitting title – of Russian politics.

But make no mistake, he will still be all-powerful, the ultimate back seat driver. There are precedents for rulers being seen to step back, but continuing to pull strings from behind the scenes.

In China in the 1980s, Deng Xiaoping stepped back and left day-to-day decisions to his chosen successor, Zhao Ziyang. But when Zhao made the wrong decision in the Tiananmen crisis of 1989 and talked to the student protesters, Deng deposed and replaced him.

And remember, for much of his rule, Stalin was a private citizen, neither prime minister nor president, but as general secretary of the only party in the country he ruled with an iron fist over the institutions of the Soviet Union. 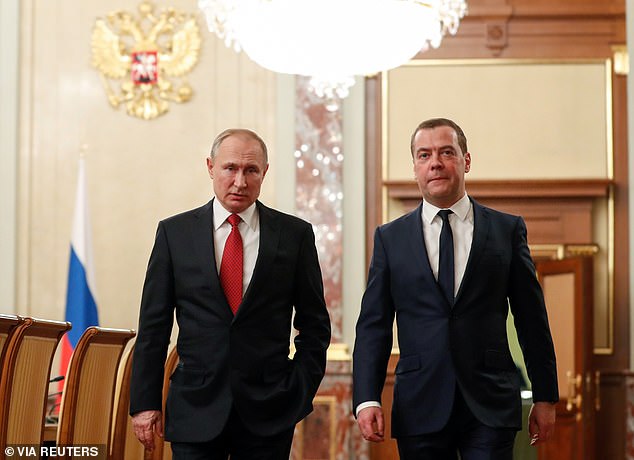 Vladimir Putin and Dmitry Medvedev speak before a meeting with members of the government in Moscow, January 15

Last year Nursultan Nazarbayev, Putin’s close ally in the oil-rich former Soviet republic of Kazakhstan, retired after holding the presidency since 1990. He became head of a ‘guiding’ security council and, to emphasise he was still in charge, the capital was renamed Nursultan in his honour.

I doubt Moscow will become Putingrad, but Vladimir Putin’s influence will be felt by whoever sits in the Kremlin long after 2024. Foreign policy and defence will almost certainly depend on his experience and say-so.

Putin knows that once out of power his former toadies could turn on him and discredit him by revealing dark secrets. He will want to stop that from happening for as long as he can.

So all was not what it seemed yesterday. As long as there is life in him, Vladimir Putin sees Russia’s fate intertwined with his own.

Mark Almond is director of the Crisis Research Centre, Oxford