A woman has revealed how several doctor’s dismissed her growing concerns over her irregular periods, by diagnosing her as ‘too skinny’.

Taking to her YouTube channel to reveal all, lifestyle blogger Leigh Ann, 30, from Houston, Texas, explained that she wanted to share her ‘biggest struggles’ with fans as she is ‘desperate to change’ her life.

‘This is just where I’m at right now and I felt inspired to share even though its hard for me,’ she added.

Painful: Vlogger Leigh Ann, 30, from Houston, Texas, has revealed how doctors ignored her PCOS and irregular periods by simply diagnosing her as ‘too skinny’ 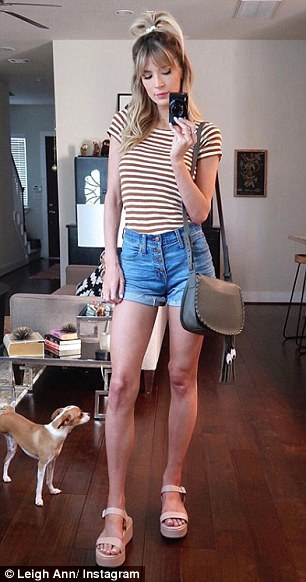 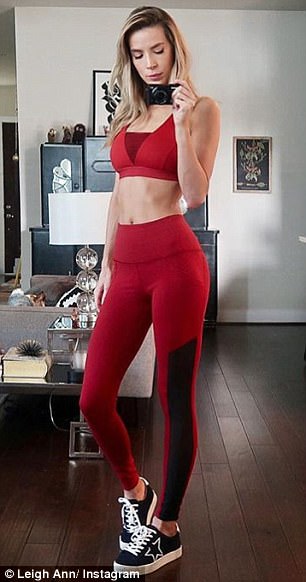 From the heart: The YouTube star explained that she wanted to share her ‘biggest struggles’ with fans as she is ‘desperate to change’ her life 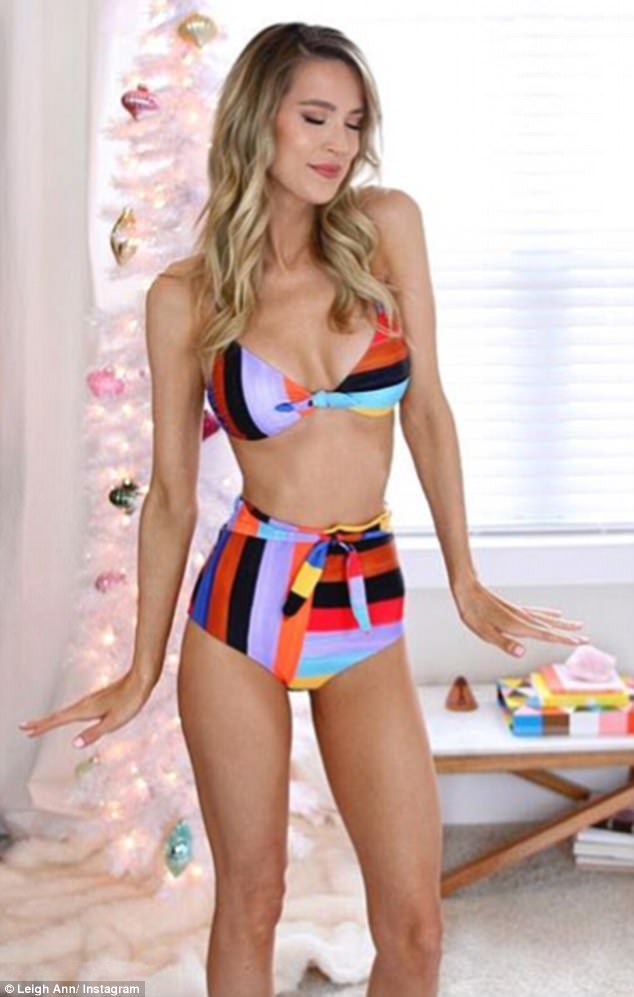 Turning point: Leigh Ann shared how she has been on and off birth control for 10 years and her periods have always been irregular

Revealing that while on a recent flight she decided to make a list of things that had been stressing her out, and although her video content usually deals with fashion and beauty, decided to share her struggle with PCOS with her fans instead.

‘It makes me so nervous to talk about it, she began, before sharing that her desire to change her diet to improve her health had a backstory.

She explained: ‘A couple of months ago, I went to a music festival in Joshua Tree and had a period that was like the apocalypse. It was the worst thing that had ever happened to me in that realm, ever. I don’t even know how to explain it.

‘It was horrible and really scary to me and what was even scarier, is for about a year before that I hadn’t had a cycle. I had done one little round of these hormones that you can take that will make you have a cycle but it’s not real.

‘I already knew I wasn’t in a good place. I knew something was up. But every time I would go to the doctor, and I kept going to different doctors, they would be like “oh you’re too skinny, that’s why you’re not having a period”. And that’s something that I’ve experienced on and off through my life.’

On and off birth control for a little over 10 years, Leigh Ann detailed how her period was always irregular when she came off the pill, and doctors always dismissed her by telling her she was ‘too thin’ and that going back on oral contraceptives would regulate her cycle.

But no doctor ever actually investigated what was going on with her, and Leigh Ann says she didn’t either until she had her ‘apocalyptic’ period.

Changes: Leigh Ann  shared how an ‘apocalyptic’ period prompted her to go to a new doctor who ran a series of tests and diagnosed PCOS and low progesterone 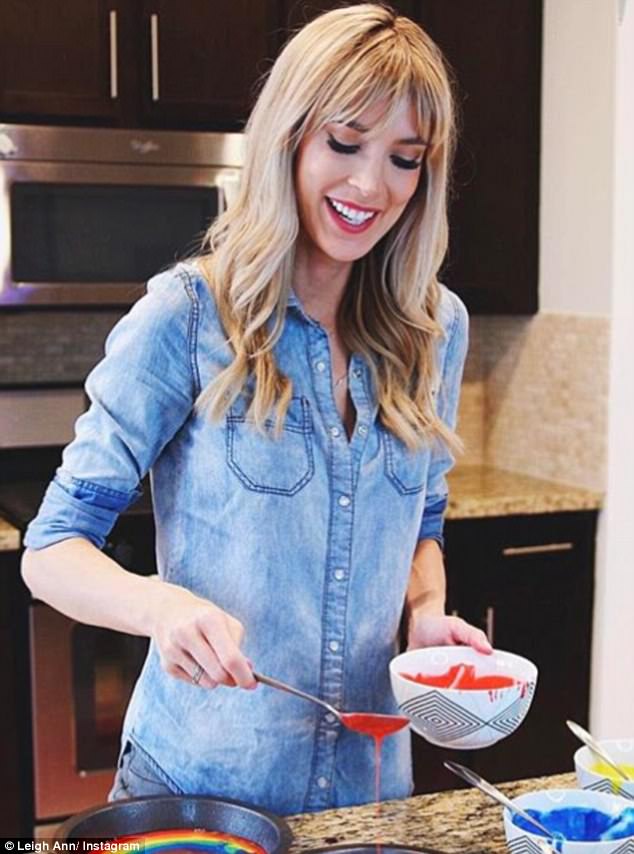 Not typical: She also shared that because she didn’t show any symptoms of PCOS – weight gain or excess facial hair – she didn’t ‘look’ like a typical PCOS patient 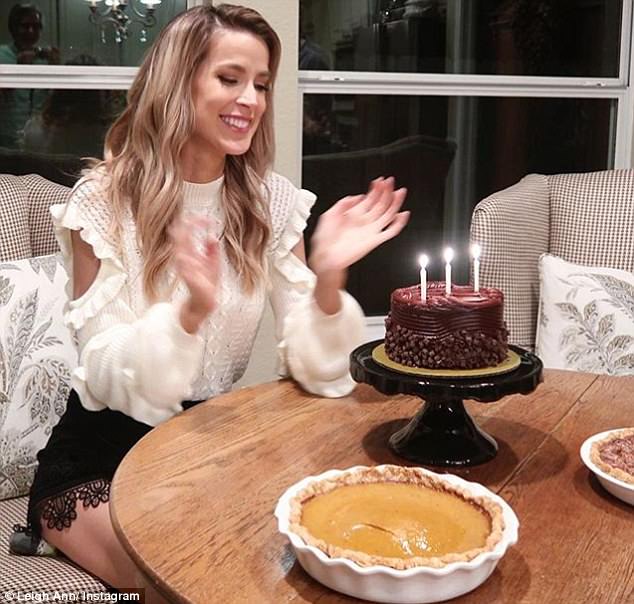 Diet: A self-confessed sugar addict Leigh Ann has learnt through doing her own research that following a sugar-free, low carb diet can help reverse PCOS symptoms 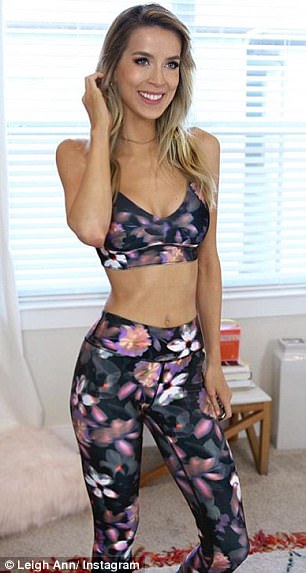 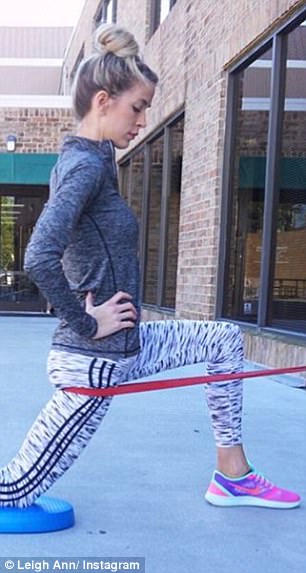 Health conscious: She is not committed to breaking her ‘addiction’ to bread and pizza also

After the trip she found another doctor who ran a series of tests that confirmed in November 2017 that Leigh Ann has low progesterone and PCOS.

‘Probably a reason that I wasn’t diagnosed sooner is that I don’t have a lot of outward symptoms, like a lot of times it can cause weight gain, excess hair growth and hair loss and I don’t have these symptoms. I don’t look like a PCOS patient,’ Leigh Ann explained.

The doctor advised her to go on hormonal birth control to regulate her cycle, however Leigh Ann shared that being back on birth control had been ‘horrible’ and she hadn’t been feeling herself.

And although the process has been awful for her, she has hope: ‘I’ve been investigating a lot of things. I lot of people have been saying a low carb diet or keto diet gets you back on track.’

However, she doesn’t want to lose weight so said she’s terrified to try it.

‘The addiction to sugar and bread and pizza is very real but I do want to try. I don’t know if I’m going to be sticking with this but I have to try it. And I’m excited that there’s another route that’s more hopeful.

Admitting that she’s scared to think it might be hard to have kids in the future, she also told viewers that she’s ‘super overwhelmed’ by the diagnosis also.

‘I feel like everything in my life is due right now, or late, she added.

What is PCOS? Causes, symptoms and treatment explained…

PCOS is a hormonal disorder causing enlarged ovaries with small cysts on the outer edges.

Fertility may also be affected.

While the exact cause of PCOS isn’t known, insulin resistance caused by a highly refined and processed diet is believed to be one of the biggest triggers.

PCOS can be managed through diet, the contraceptive pill and other oral medications.