Vogue editor cries after Wintour meets Queen without him

The unexpected attendance of the Queen at a London Fashion Week show this week was an impressive coup for U.S. Vogue editor, Dame Anna Wintour — one that reduced the most powerful man in British fashion to tears.

While jaws dropped at the sight of Her Majesty sitting on the front row at the Richard Quinn show on Tuesday, one conspicuous absentee was Edward Enninful, who succeeded Alexandra Shulman as editor of British Vogue last year.

I can reveal that the 46-year-old, who received an OBE from Princess Anne in 2016 for his contribution to the fashion industry, was deliberately kept in the dark by Wintour, who, in cahoots with Caroline Rush, the chief executive of the British Fashion Council, secretly arranged the attendance of the Queen.

‘Edward was in tears when he found out,’ reveals my fashion source. ‘He had no idea that it was happening.’

Enninful was not even in the country at the time because he had flown out to Italy for Milan Fashion Week, which started on Tuesday.

It is not clear when exactly he learned that he’d missed the Queen’s first — and possibly only — fashion show, which she attended to present the inaugural Queen Elizabeth II Award for British Design. But at the time it started at 4pm, he posted a photo on Instagram of him meeting the Duchess of Cambridge at Buckingham Palace on Monday. 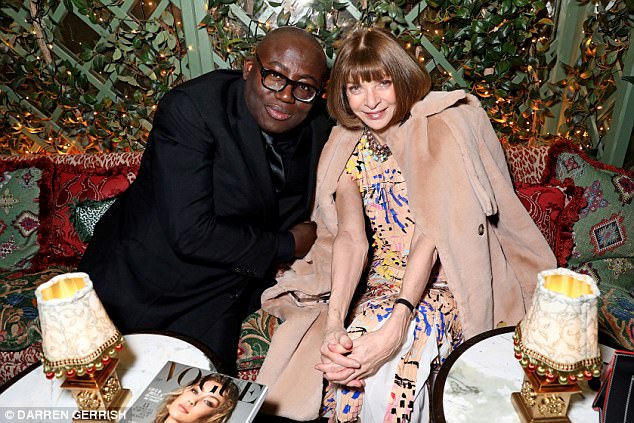 Edward Ennifield with Anna Wintour. Enninful was not even in the country at the time because he had flown out to Italy for Milan Fashion Week

‘It was an honour to meet Her Royal Highness the Duchess of Cambridge at Buckingham Palace, for the Commonwealth Fashion Exchange,’ he captioned it.

‘None of them knew about it. They had all flown to Milan for Milan Fashion week so they weren’t even in London when it happened,’ adds my source. ‘To say they are incandescent is an understatement.’

It is not the first time that Dame Anna, 68, has pulled rank on her colleagues in London.

In 2011, she co-hosted a London Fashion Week Party at No 10 with the then PM’s wife Samantha Cameron. There were raised eyebrows that Mrs Cameron did not choose the editor of British Vogue at the time, Alexandra Shulman, to be her co-hostess, as London Fashion Week was on Shulman’s home turf.

Yesterday, the Swansea-born actress, 48, posted this snap of her 17-year-old son Dylan’s bedroom, which she has lavishly restyled to boast not one but two Union flags — one cushion on the bed, another by the window.

‘You just need a Welsh flag cushion and it would be perfect,’ replied one Welsh fan, while another says: ‘I’m looking for the Red Dragon pillow but I can’t see it.’ 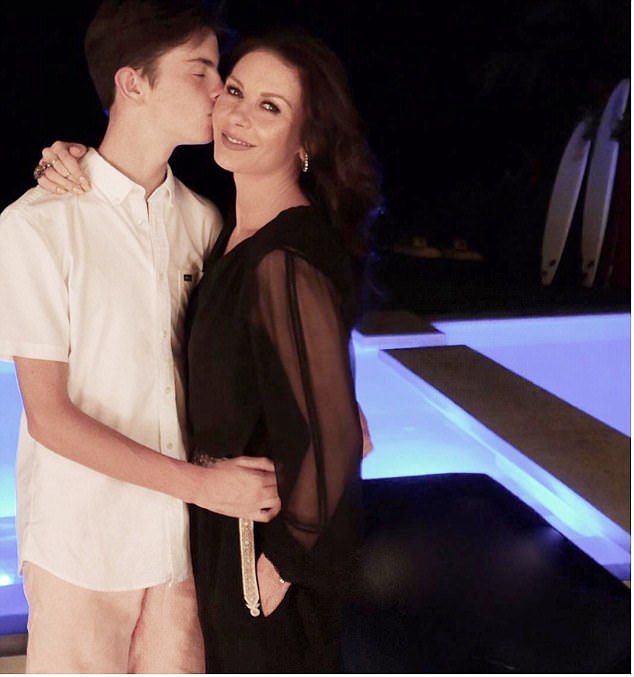 Catherine Zeta-Jones and he