Vogue Williams looked gorgeous as she left Global radio after recording her podcast for Heart FM on Wednesday.

The TV personality 35, showed off her style in a dusty pink coat which boasted a fluffy trim. Catching the eye: Vogue Williams looked gorgeous as she left Global radio after recording her podcast for Heart FM on Wednesday

Keeping with her chic casual look, the model wore her blonde shoulder length tresses in a sleek low ponytail.

Vogue complemented her look with a soft pink blush and a slick of lipstick.

The Irish beauty appeared in high spirits as she left the studios after filming her latest podcast which she usually hosts with her husband Spencer Matthews 32. 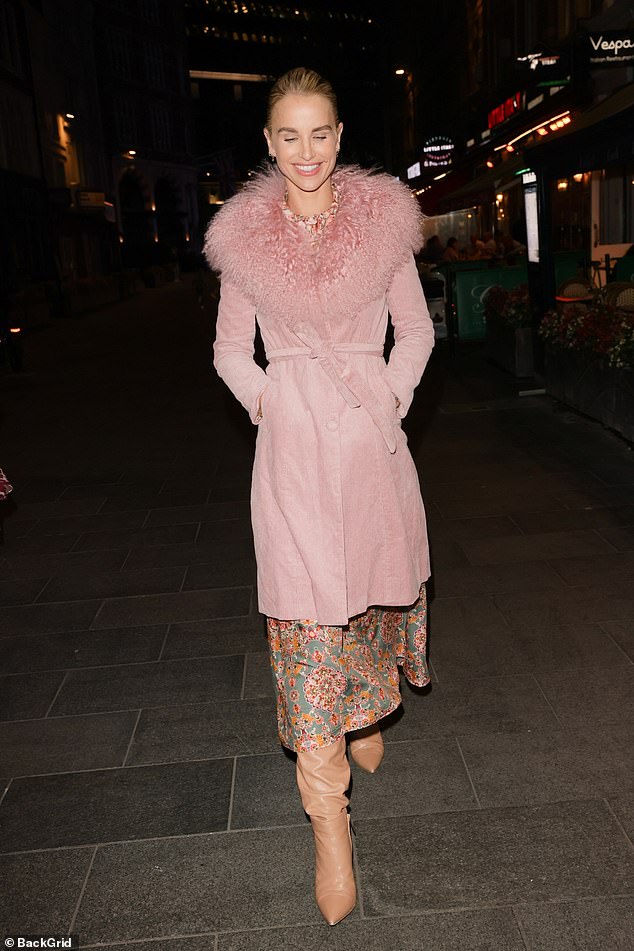 Strutting her stuff: The TV personality 35, showed off her style in a pastel pink coat which boasted a fluffy trim 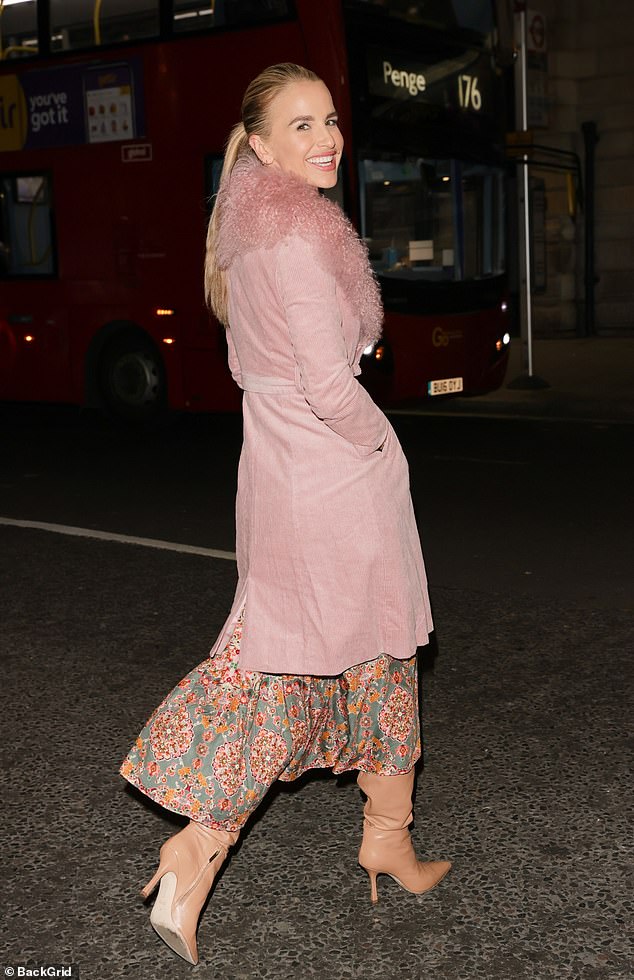 Walk tall: The presenter oozed confidence as she left Global HQ after filming her podcast

The couple have been married since 2018 after meeting while competing on the 2017 series of Channel 4 reality show The Jump.

The presenter recently left hubby red faced when she began to divulge details of their kinky sex life during an episode of their show Spencer & Vogue.

It began when the Irish DJ revealed she was thinking about buying the pair a selection of sex toys – before the heat turned up even further.

Threatening to gift the former Made In Chelsea star a gimp mask, the Maxim cover star certainly didn’t hold back with her suggestive remarks. 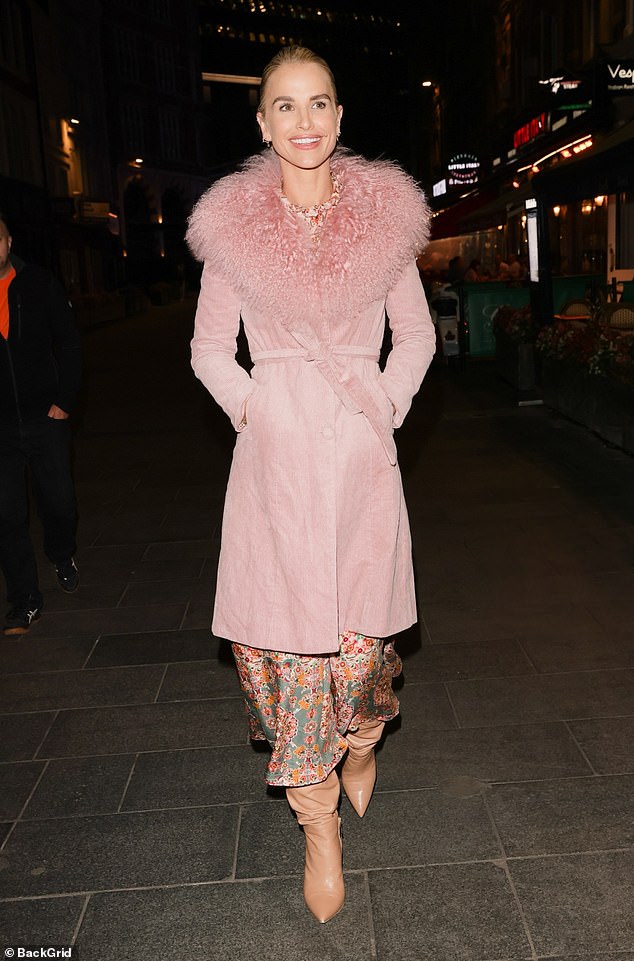 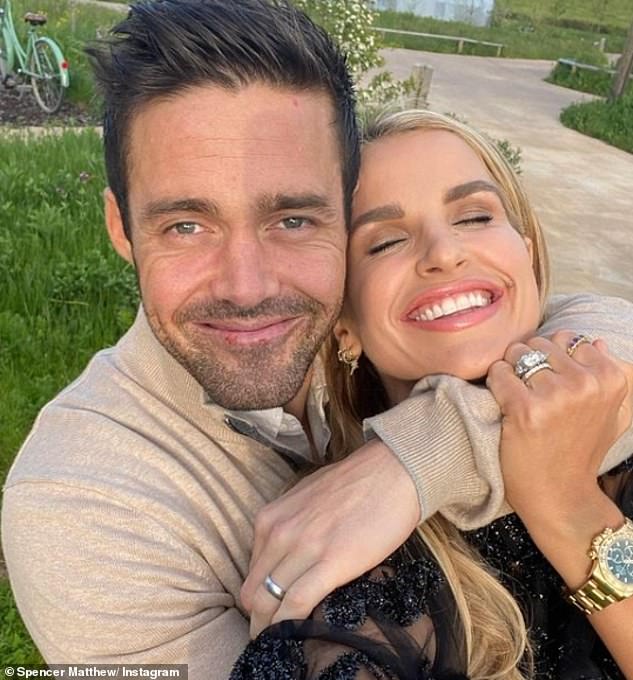 Red faced: Vogue  recently left hubby red faced as  she revealed details of their racy sex life on their podcast

‘Christ. What is happening here? This is a really unusual pod!’ Spencer said as things began to take an X-rated turn.

‘Vogue came back and told me she was going to go and buy a load of sex toys. I’m just looking forward to my ball gag arriving at the house, he sarcastically added. 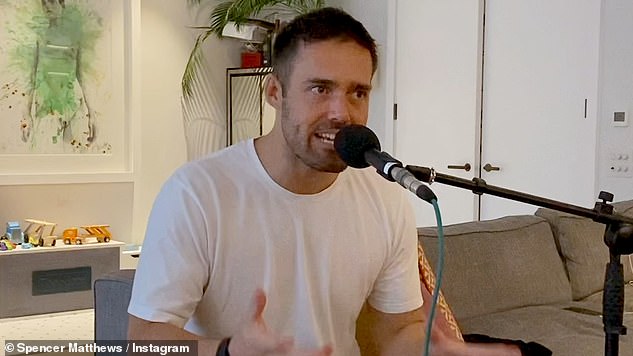 Too Much Information:  The presenter played along with his wife’s X rated banter

The Old Etonian concluded the conversation by suggesting that he will wear the gimp mask while his wife uses the beads.

‘There’s only one way things are going from there and it’s out,’ Vogue quipped.