Volunteer sues coast guard after pulling a body from water

A Queensland volunteer coast guard who helped retrieve a dead body from the water is claiming $750,000 in compensation.

Kevin Michael Penny, 53, was left with ‘permanent physical and psychological injuries’ after he and another volunteer from the Yeppoon Flotilla pulled the body onto the boat in January 2015.

The body covered Mr Penny’s arms and legs and a police officer told volunteers the deceased may have been infected with hepatitis C.

Kevin Penny, 53, was left with ‘permanent’ injuries after volunteering with the Queensland coast guard

The five-year volunteer veteran is now suing the Australian Volunteer Coast Guard Association Incorporated and the state of Queensland to cover medical expenses and compensate for loss of work.

The Courier Mail reported on Tuesday that Mr Penny had an open cut on his leg, which led him to believe he could have contracted the illness.

Although he did not become infected, he did suffer a ‘soft tissue shoulder injury’ as well as post traumatic stress disorder and alcoholism.

Following the incident, Mr Penny suffered from ‘pain, discomfort and restricted movement’ in his right shoulder for several months.

He was treated with physiotherapy and medication, but documents indicated to the court that he developed ‘symptoms of high anxiety’ which continued to worsen.

The Morning Bulletin revealed that Mr Penny ‘began to experience recurrent nightmares and flashbacks of the incident… his ability to concentrate became substantially impaired and he was easily distracted,’ the documents state. 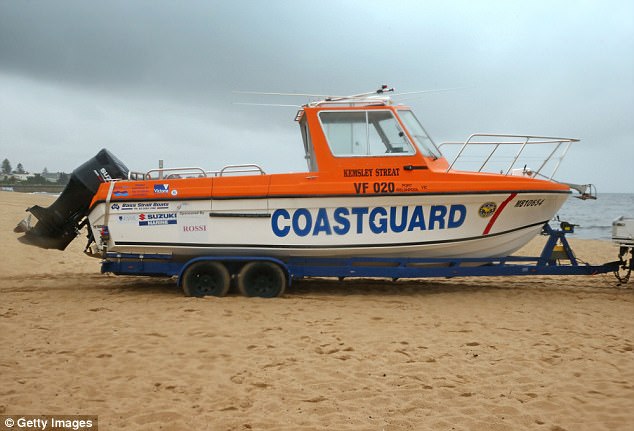 Pulling a dead body onto the boat left him with a shoulder injury, depression and high anxiety

He also became depressed and reclusive, and began abusing alcohol in order to help himself get back to sleep when woken by nightmares.