To pub or not to pub? Health officer tells Aussies they SHOULD hit the town for a few beers – after officials urged people to stay at home because of coronavirus

Dr Andrew Robertson said that people should be living their lives normally as that ‘keeps society functioning’ despite Queensland’s premier giving the exact opposite advice on Friday.

Dr Robertson told The West Australian that as long as restrictions about the number of people allowed in venues is followed, then he would ‘strongly encourage’ people to support local businesses. 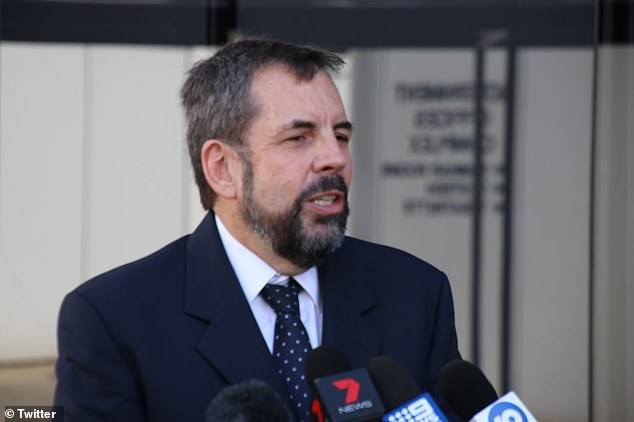 ‘We still need to have businesses operating. Food, medicine, electricity, water, freight are all critical aspects of our society and we have to be able to maintain those. They will become more and more critical as this continues.’

Queensland’s Premier Annastacia Palaszczuk, however, told residents in her state they should stay indoors.

‘Now, I know many of you would be thinking: It’s a Friday afternoon. it’s beautiful weather. I’m going to have a big night out,’ she said.

‘Guess what? Now is not the time to do it. I’m sorry to the pubs out there right across the state. I don’t want you to be having a big night out this weekend.’

‘This is the time now we need everybody to go home, be with your family, sit on your back deck, have a glass of wine, spend time with your kids, talk to your friends.’

Prime Minister Scott Morrison earlier this week announced that indoor venues must limit the number of patrons to 100.

He also advised Australians to practice social distancing by keeping 1.5 metres away from other people.

When asked about even stronger suppression measures for slowing the spread of COVID-19, Dr Robertson said that if they were brought in it would not be for a few weeks but rather for months.

He said the coronavirus would re-establish itself in the population if the suppression measures did not last long enough.

He said the aim of the these precautions is to prevent a spike in the number of cases which could then overwhelm the healthcare system. 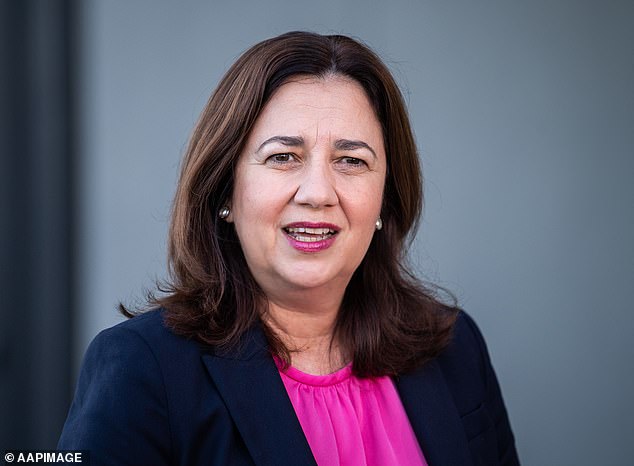 Queensland’s Premier Annastacia Palaszczuk, however, told residents in her state they should stay indoors

ScoMo’s new social distancing rule: Patrons at pubs and restaurants will have to sit further apart under a further crackdown on indoor spaces – as he urges Australians NOT to take domestic flights

Australians must sit apart from one another in bars and restaurants in drastic new social distancing rules to help stop the spread of the coronavirus, the government has announced.

The number of people allowed in an indoor venue, such as a cafe, will be dictated by the size of the venue, Prime Minister Scott Morrison confirmed.

Announcing the new crowd restrictions, Mr Morrison said there will be a maximum limit of ‘four square metres provided per person in an enclosed space’. 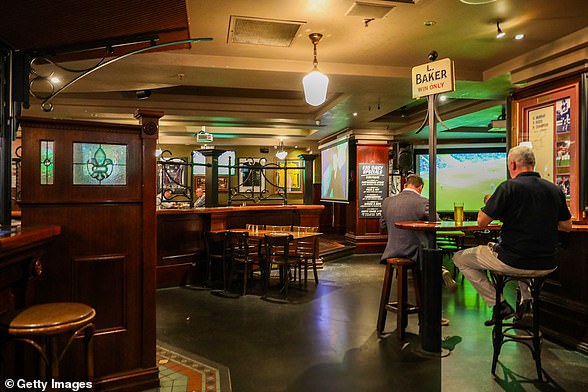 When in a venue, patrons should try and sit a minimum of 1.5 metres away from one another.

He also warned unprecedented restrictions may be brought in on domestic travel next week ahead of the school holidays – and pleaded with holidaymakers not to fly.

With a national spirit unseen since the Second World War, families will live with drastic restrictions on their everyday lives for the next six months, as the country continues its COVID-19 fightback.

Addressing the nation on Friday, Mr Morrison said he needed people ‘to keep going’ and ‘do their bit for their fellow Australians’.