AFL legend Wayne Carey will not face any charges over an incident where he  dropped a packet of white powder onto a gaming table at Perth’s Crown casino.

Western Australian police confirmed on Thursday that investigations into the September 1 incident were now closed.

‘This investigation has been finalised and no criminal charges have been preferred,’ a WA Police spokeswoman said.

After the bag fell from his jacket pocket, the former North Melbourne Kangaroos superstar was marched from the casino by security and later escorted from his hotel room.

However, police were not called until several days later.

Carey has claimed the bag contained a crushed-up, legal painkiller which he took to manage neck and shoulder injuries stemming from his AFL career. 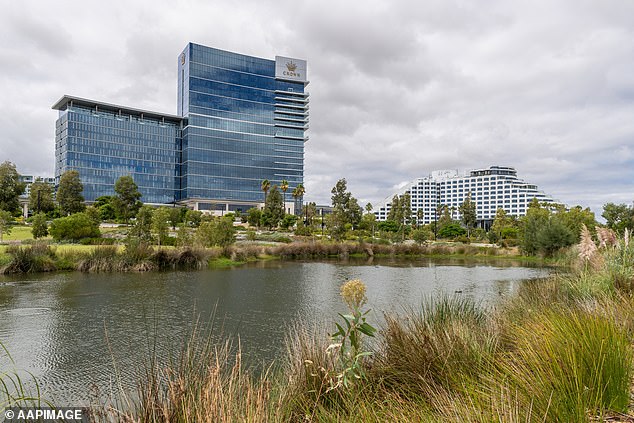 ‘On two occasions they had an opportunity to call police,’ Carey said following the incident. ‘If what was alleged had happened, then police should have been called straight away.

‘They had another opportunity when I went up to my room to call police and they never called the police.’

Carey’s commitments with Channel 7 were suspended pending the investigation.

The 51-year-old had been in Perth at the time in his role as a commentator.

Carey had reached an agreement with Channel 7 under which he would stand down until the WA Police had concluded their investigation.

Crown banned Carey from its venues for two years.

Western Australian Police Commissioner Col Blanch has said the casino should have contacted the police immediately after the incident.

‘We’ll make an assessment from [the CCTV] but, obviously, we’re on the back foot from the beginning because we didn’t have the initial complaint at the time it occurred, which would have been my preference,’ he said.

‘It will be very difficult without the substance itself to prove whether it was an illicit substance or otherwise.’