Heavily-armed police swarmed on a handsome man strolling by a busy shopping centre carrying what looked like an assault rifle after terrified shoppers raised the alarm.

Police emergency response units cordoned off a large part of central Perth fearing a shootout with the well-chiseled suspect who was also donning a bulletproof vest.

There was an intense panic running through Western Australia’s elite Special Response Group as the mysterious figure casually made his way across the city’s upmarket Kings Street retail mall on Sunday.

But when officers made their move, they quickly realised there had been a terrible mix-up.

The suspected gunman was actually a 31-year-old exotic dancer named Chad Satchell, who was on his way to work dressed in a police SWAT costume – and the rifle was just a prop. 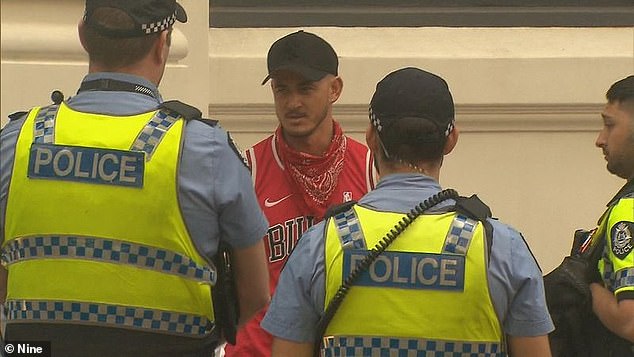 Mr Satchell was detained by police who may still charge him if the assault weapon turns out to be a gel blaster, which is illegal in WA 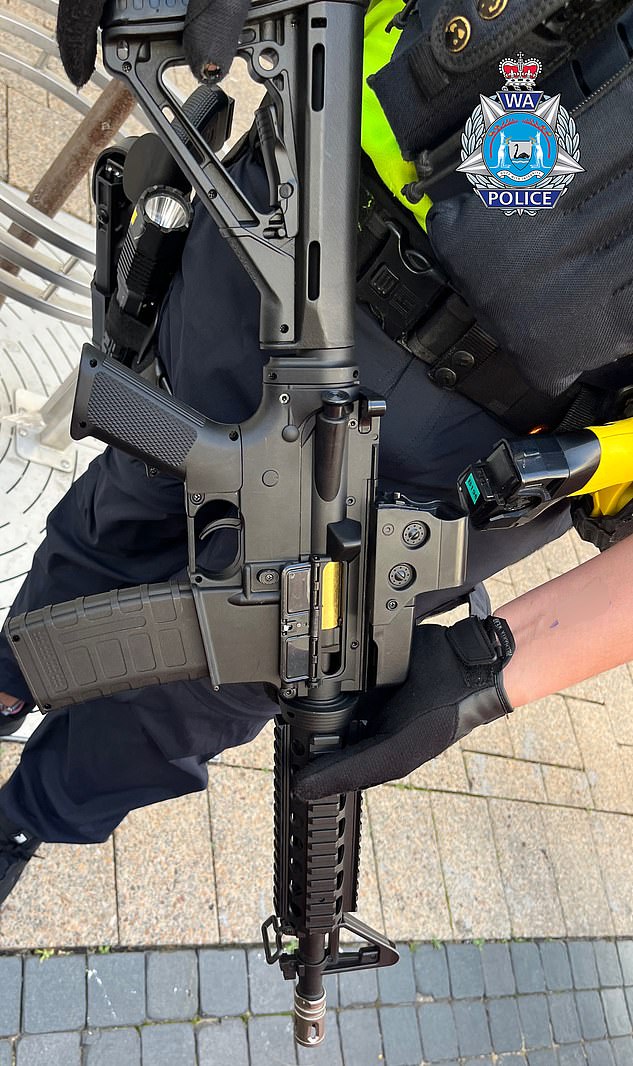 A WA police officer displays the seized ‘assault rifle’, which is believed to be a gel pellet blaster

The drama unfolded at around 2.40pm (WST) after police received two separate reports of a man posing as a police officer with a large firearm.

The rifle seized by police is believed to be a gel pellet blaster which he could still be charged over, but it’s still unclear whether the prop had been disabled.

Gel blasters are illegal in WA and can attract maximum penalties of up to three years in prison or a $36,000 fine.

WA outlawed gel blasters – which shoot water-filled gel pellets at 100m/second – in July last year because criminals were smuggling the replica guns into the state and converting them into real ones.

Police said Mr Satchell was ‘assisting with the investigation’ after being arrested without incident.

A police spokesperson said while it transpired there was no real threat to the public, the incident was a reminder that possessing and publicly displaying realistic looking firearms or prohibited weapons was a serious matter. 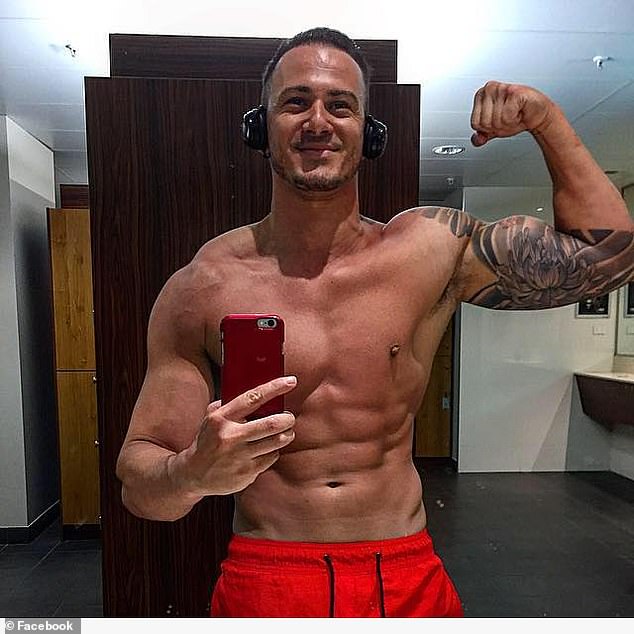 Mr Satchell advertises ‘SWAT’ as one of the shows he will put on for parties, with others being ‘cop’, ‘sexy Wild West’ and ‘suave sailor’ 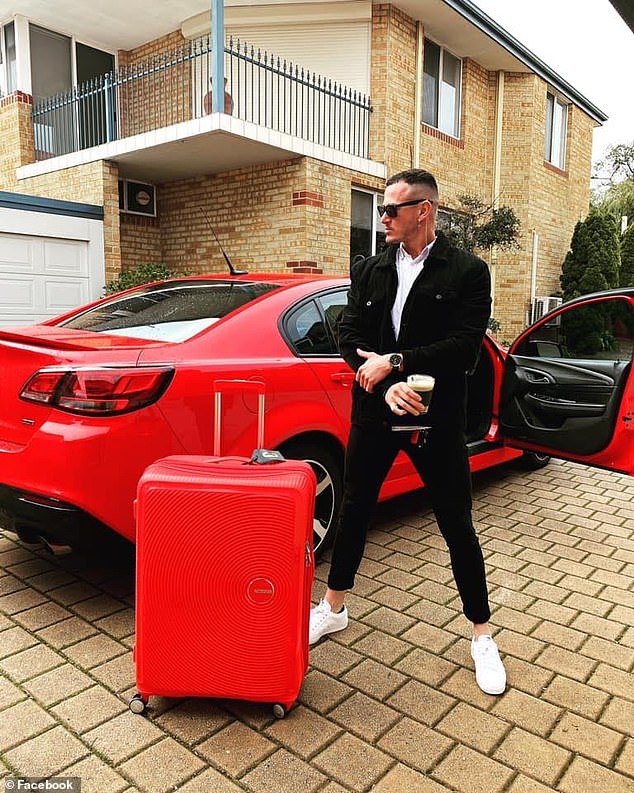 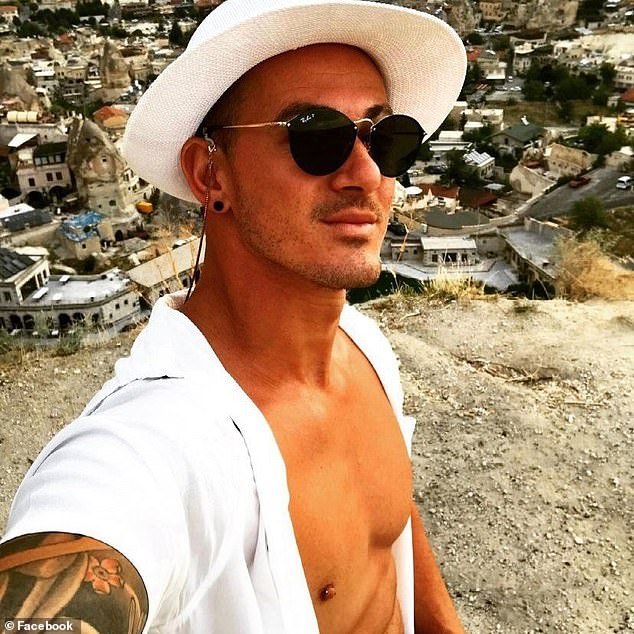 ‘The members of the public who called for police assistance had genuine concerns for their safety and the safety of others,’ police said.

‘The firearm in question looks very real and it would be very difficult for any member of the public to be able to determine whether it was in fact real or not.’

Mr Satchell works for adult entertainment company Fantasy Entertainment Australia, where he is lists himself as a director.

He also applies his in-demand trade at hens’ nights and other wild parties across Perth with various other entertainment groups.

‘SWAT’ is one of the shows he advertises online, along with ‘cop’, ‘sexy Wild West’ and ‘suave sailor’.

In one of his booking website’s photos Mr Satchell can be seen posing bare chested except for the open ‘SWAT’ vest and with an assault rifle held upright on his shoulder. 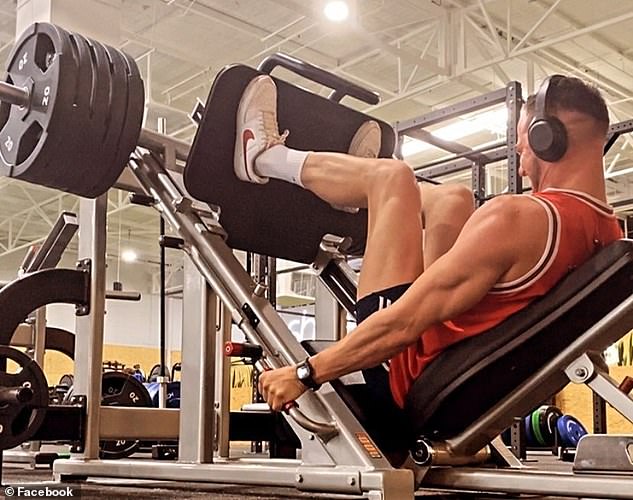 Mr Satchell, who lists fitness as one of his hobbies has competed in body building competitions 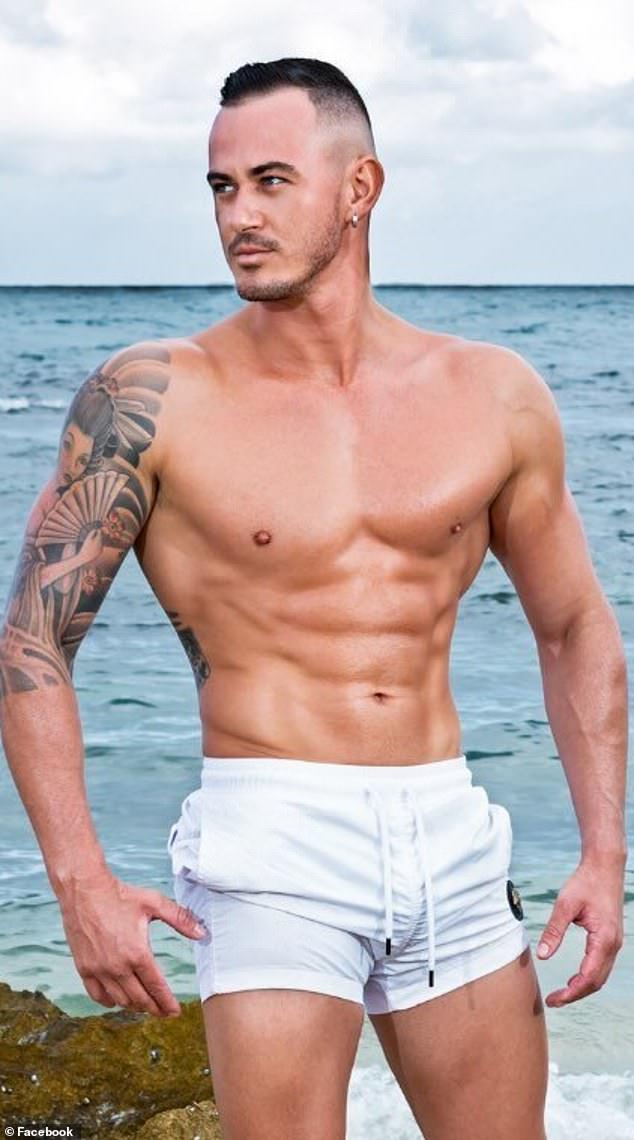 He has been working for Fantasy Australia since 2017 and took part in an international body building competition in October.

He also lists himself as a miner, investor, dancer and entrepreneur on social media channels.

His regularly posts pictures of himself online working out and in luxurious or exotic locations.

Daily Mail Australia has sought Mr Satchell for comment about the incident.