‘This is unsmokable’: Woman fumes about ‘dodgy’ filters after buying $35 pack of cigarettes – but isn’t met with much sympathy online

A young smoker is fuming after she found ‘dodgy’ filters in her pack of cigarettes.

Tayla James uploaded photos of the torn filter on her cigarettes to the Perth Have A Whinge Facebook group on Sunday to vent her anger.

‘Who has had success complaining about dodgy cigarettes,’ she posted.

‘This is literally unsmokable. I spend $35 on a pack of 30s and I’d like to smoke all of them as they come. I swear the more expensive they’re getting, the worse quality they are.’

She said it’s not the first time it’s happened to her and is now fed up.

‘I’ve had so many dodgy ones that I’ve stuck with rollie papers and fixed but I actually want to complain about this one because I’m so over it,’ Ms James posted.

‘I’m not that butt hurt over it, just want it fixed and don’t suggest I quit, if I had a dollar for every time I’ve heard that, I’d have enough money to buy the company out and fix the issue myself.’ 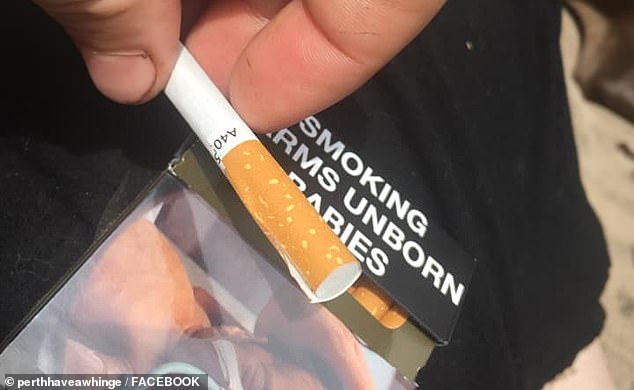 ‘This is literally unsmokable. I spend $35 on a pack of 30s and I’d like to smoke all of them as they come,’ Tayla James posted on Sunday

Ms James wasn’t met with much sympathy from other members within the group, which is for anyone to have a whinge, rant, moan, vent, discussion but ‘most importantly a laugh’.

‘The solution is to quit your disgusting habit.’ one man commented.

Another added: ‘ You say you don’t want to hear people saying you should quit. The simple fact is you should f***ing quit.  At $35 a packet, it’s insane to smoke. I gave it up and you can too. Best thing I ever did.’ 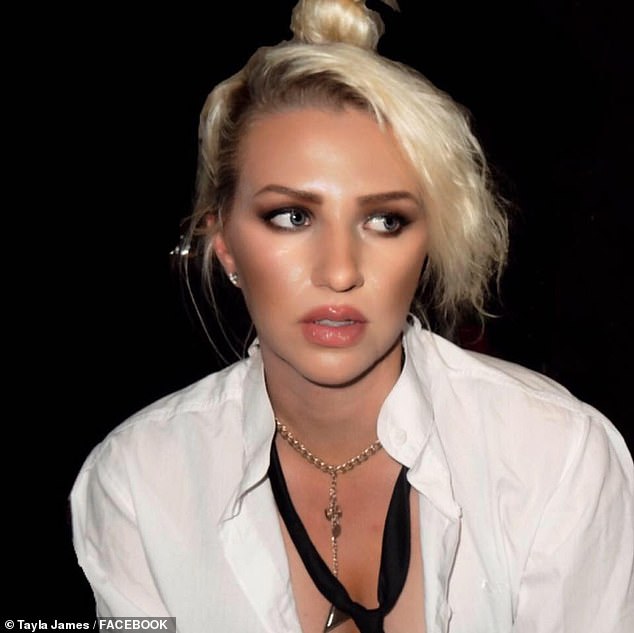 One fellow smoker was more understanding and suggested Ms James call the manufacturer.

‘I have had this happen to me before. I called them and they sent me two packs as an apology,’ she posted.