After being accused of ‘reverse racism,’ a New York television executive has decided to resign from her post.

WABC News Director Camille Edwards revealed that she had resigned in an email sent to staffers on Monday afternoon.

‘As most of you know, the last six months have been extremely hard for me,’ Edwards wrote in the email which was obtained by Page Six.

After being on temporary leave since December, WABC News Director Camille Edwards announced that she resigned in an email sent to staffers on Monday afternoon

‘I lost two of the most important people in my life during a short period of time. That kind of loss forces you to really look at your own life. I’ve spent the last few months on bereavement leave thinking about what’s next for me and opportunities I want to explore. I’ve made the really difficult decision to leave my post at WABC.’

In October, Matthew Lamattina, a WABC weekend media manager, filed a lawsuit against Edwards last October, claiming discrimination on the basis of gender, race, color and retaliation, but the NY State Division of Human Rights dismissed the charges.

In November, Edwards and Dave Davis, president and GM of WABC, were both named in a discrimination suit filed by former WABC weekend sports reporter Laura Behnke, who claimed that she had not been promoted to the weekday sports reporter position when it became available because she was a white woman.

The weekday sports job was given to a male sports reporter from outside WABC.

Behnke left WABC after her contract expired in December. 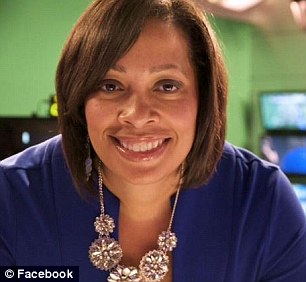 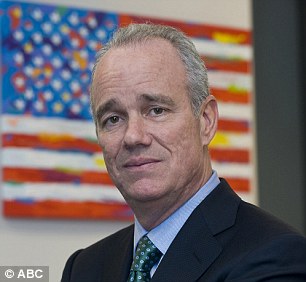 Edwards and Dave Davis, former president and GM of WABC, were named in a discrimination suit filed by a former WABC sports reporter in November 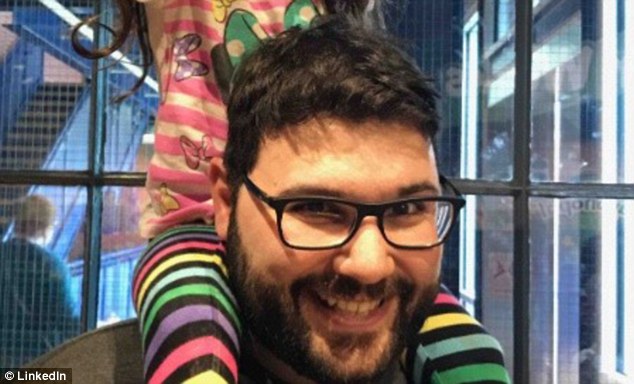 Matthew Lamattina, a WABC weekend media manager, had also filed a lawsuit against Edwards in October, claiming discrimination on the basis of gender, race, color and retaliation

Davis, meanwhile, abruptly announced his decision to retire in February. An anonymous source told Page Six that his retirement was ‘something he has been speaking to management about for some time.’

Edwards had been on temporary leave since December, with sources giving Page Six varying reasons for Edwards’ extended absence from the newsroom.

Some sources claimed that she was on leave while dealing with family issues, while others said she had been ‘banned’ from the office. In February, sources said that she had actually decided to extend her leave.

‘We thank Camille for the role she’s played in WABC’s success and the contributions she’s made to the larger ABC Owned Stations Group during her 15 years of service, and wish her well with her future endeavors,’ Wendy McMahon, president of ABC owned stations group, said in a statement obtained by ADWEEK.