WAG adds MILLIONS to the value of Knightsbridge townhouse

Footballers’ wives are often known for their ostentatious style but one WAG has given a property a sophisticated makeover – and shared the results in dramatic before and after photos.

Dawn Ward, who is a property developer and interior designer married to ex-footballer Ashley Ward, has given a shabby home in Knightsbridge, London, the Midas touch.

As the before and after photos, which were shared exclusively with MailOnline, attest, the Brompton Square home has undergone an incredible transformation. While Dawn can’t disclose the current owner due to client confidentiality, she revealed that her makeover now means the house is worth £17m as it goes on the market.

Dawn and her husband Ashley, who set up Arista Design, have totally overhauled the abandoned home in one of London’s most expensive areas by adding modern touches such as an in-house lift, a decked garden, modern gym and some very lavish furnishings, including Jo Malone shower gels and fine wines.

Dawn Ward, who is a property developer and interior designer, renovated the London property. She has shared the before and after photos, pictured, with MailOnline to show the stark contrast 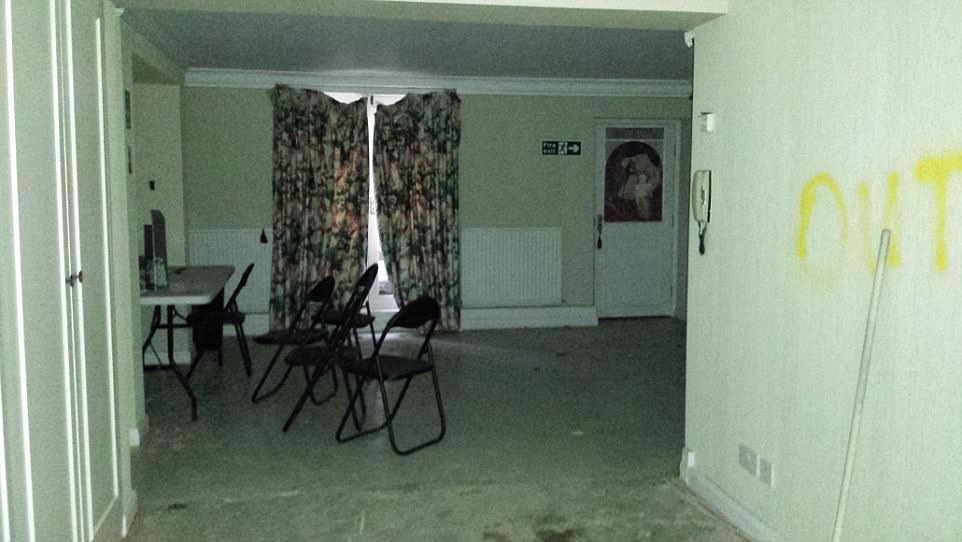 As the before photos attest, Dawn had a lot of work on her hands when it came to transforming this into a £17m property 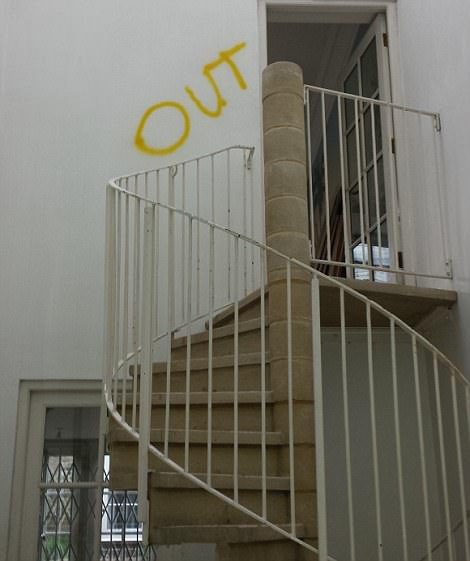 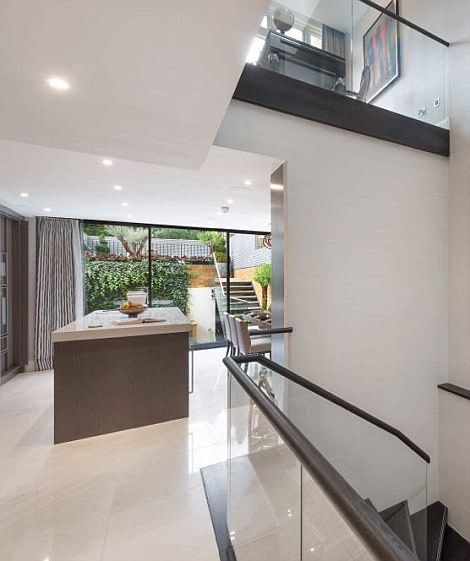 As the before, left, and after, right, photos prove, Dawn and her husband Ashley totally revamped the home. The house, which was located in one of London’s most sought-after areas, needed some serious TLC

Despite finding fame as a reality TV star on ITVBe’s Real Housewives of Cheshire, Dawn has worked on decorating properties such as the Ralph and Russo store, Harrods and the most expensive house in London.

Her latest project has seen her totally renovate the Grade 2 listed property and turn it into a lavish and modern home over the two-year period.

Dawn and husband Ashley, who work together, knocked out walls to make the property more open plan and added swanky furnishings like pool tables, lavish chandeliers, crystal drinks cabinets, and some pricey artwork.

Speaking to MailOnline, she explained: ‘My company was commissioned by a private client who wanted to invest in a Central London property. Our brief was to find a property in a prime location, which offered scope for development opportunities, which in-turn would increase the valuation of the property and therefore return a profit for the client.’

The team excavated and constructed a basement under the existing garden and also added a rear extension to maximise the square footage of the property, whilst creating a luxurious family home. 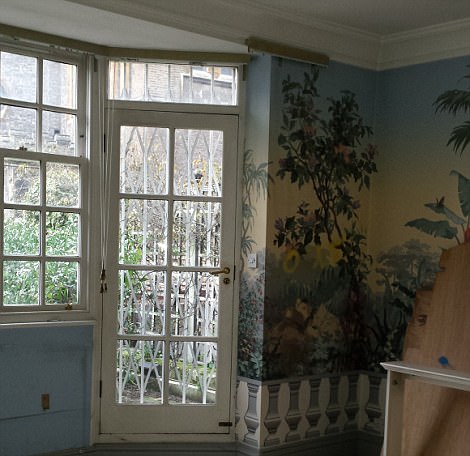 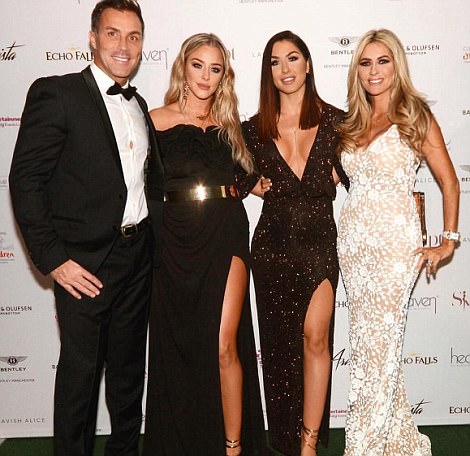 Left photo shows the kitchen before Dawn transformed it. The tiles and wallpaper were seriously retro and there was no garden area. Dawn is pictured, right, with husband Ashley and daughters Darby and Taylor 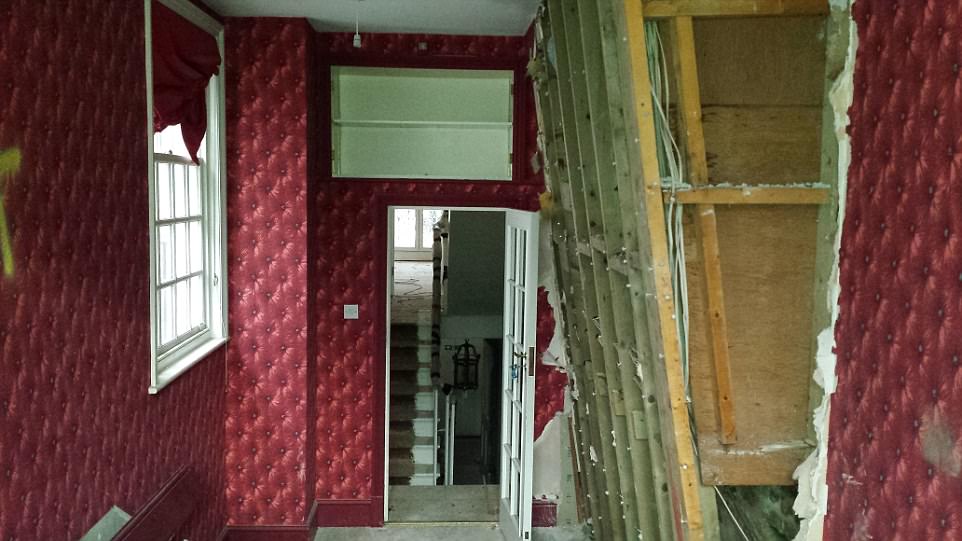 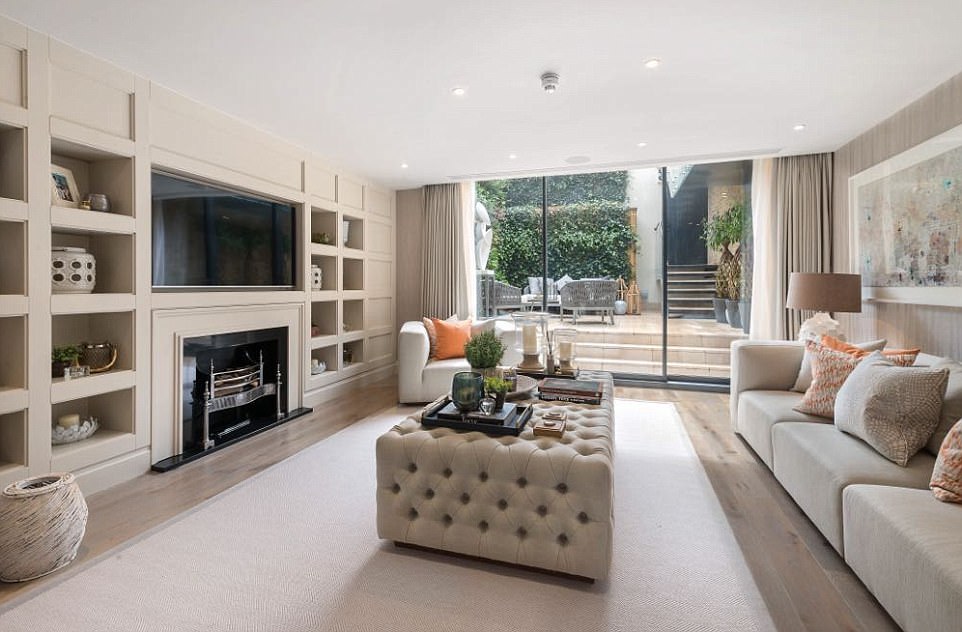 As Dawn explained: ‘We offer a bespoke service to each and every client. Due to our extensive portfolio of work we find most of our business is generated from repeat business or referrals from existing clients’ 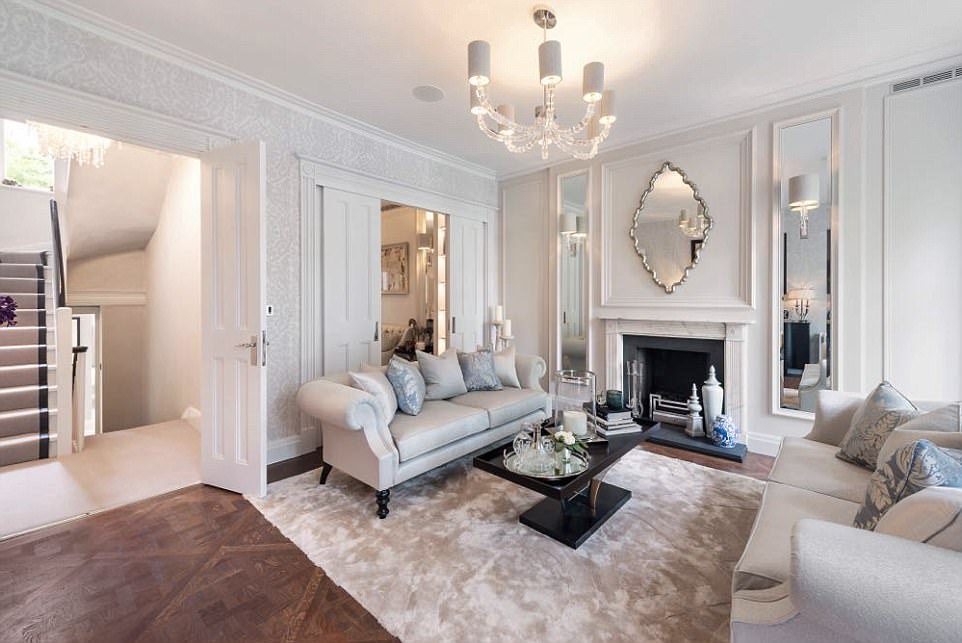 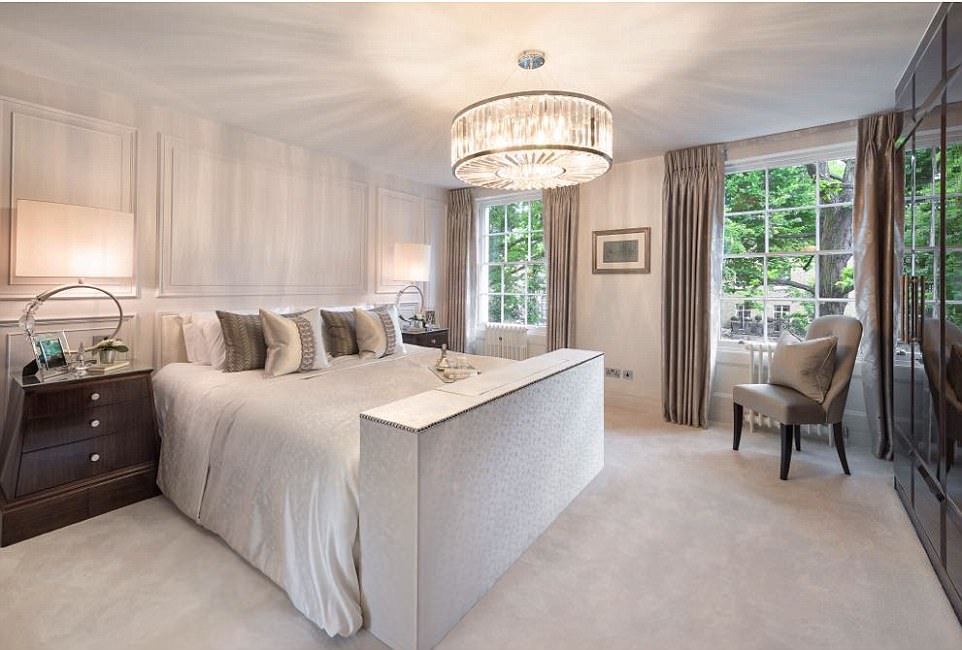 Dawn explained: ‘Our brief was to find a property in a prime location, which offered scope for development opportunities, which in-turn would increase the valuation of the property and therefore return a profit for the client’ 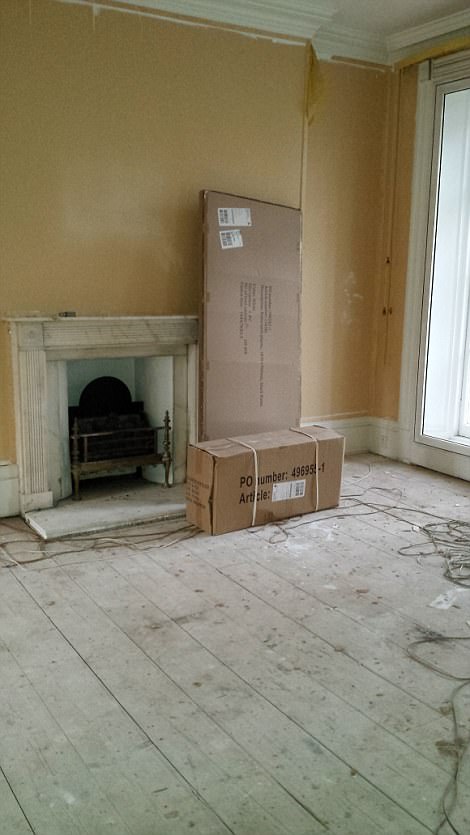 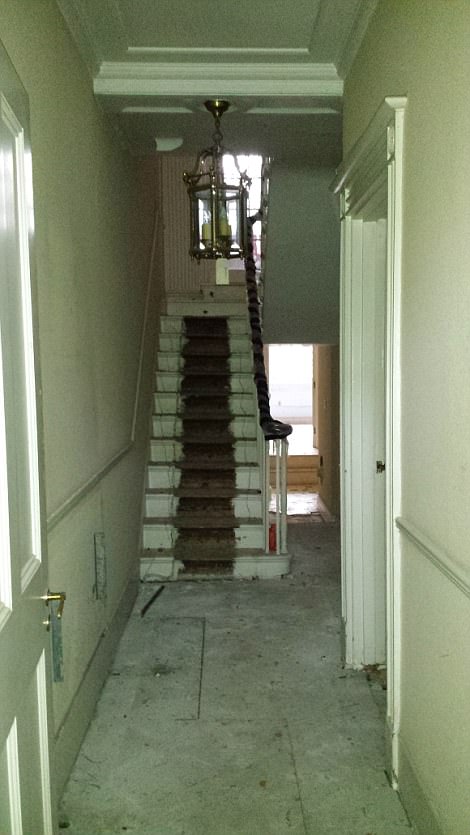 As the before and after photos attest, the Brompton Square home has undergone an incredible transformation 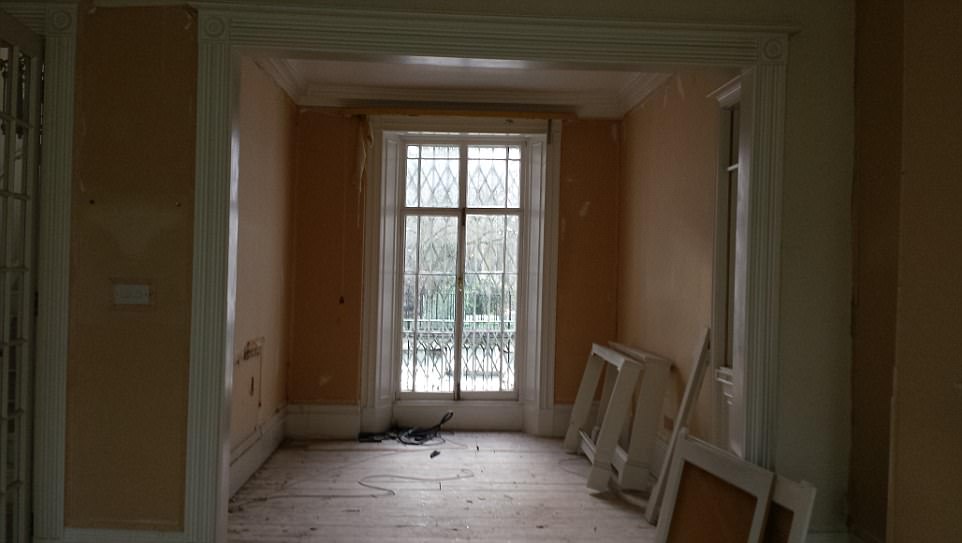 Dawn explained that she completely refurbished the Georgian property, explaining: ‘We excavated and constructed a basement under the existing garden and also added a rear extension to maximise the square footage of the property whilst creating a luxurious family home’ 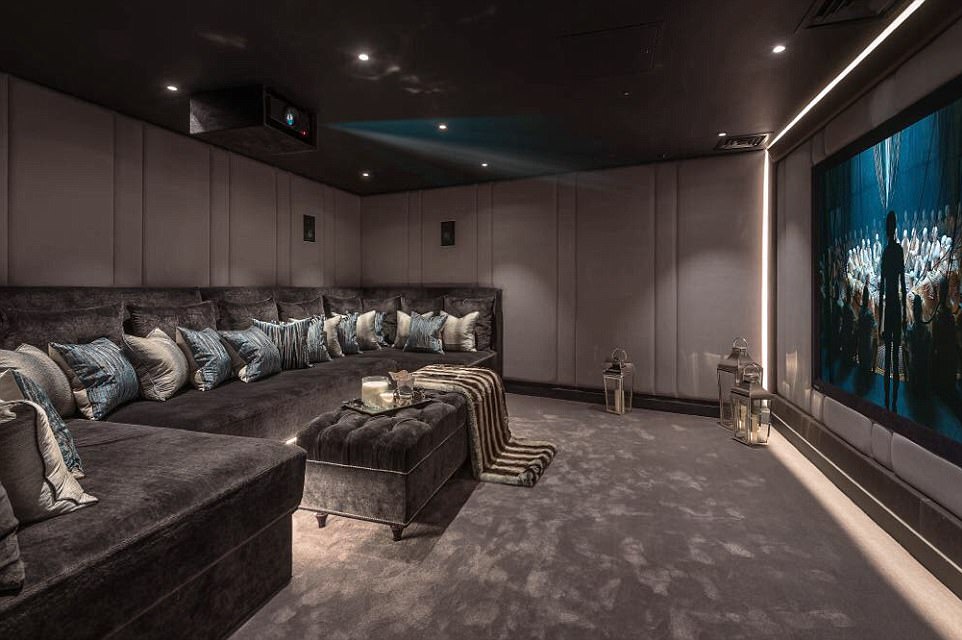 Dawn explained that the property is due to go on the market from £17million. It’s complete turn key, and will come fully furnished, the only thing you need to do is hang your clothes in the wardrobes 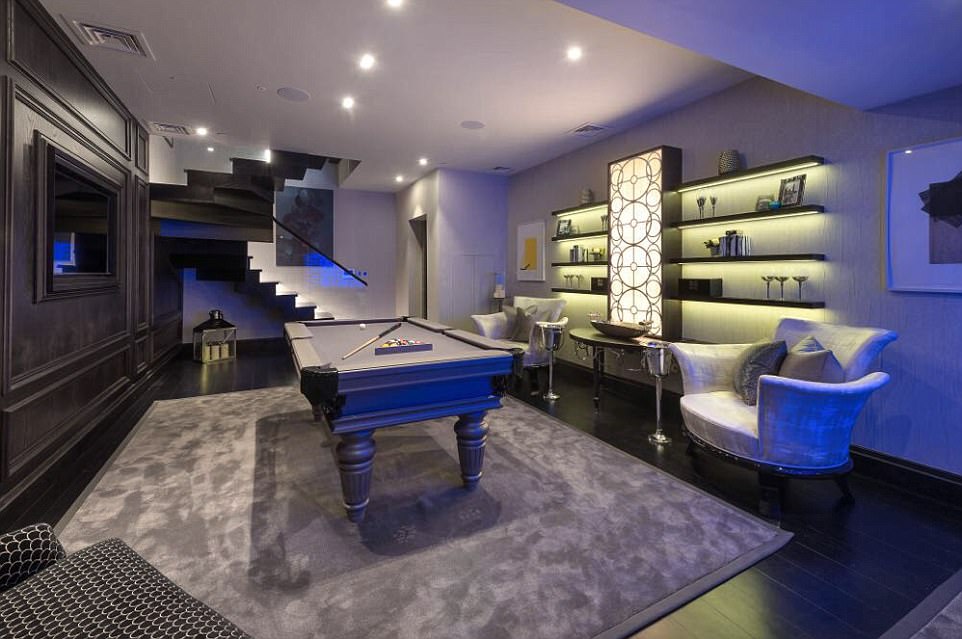 The house has everything already stocked, including Jo Malone Shower gels, champagne and fine wine 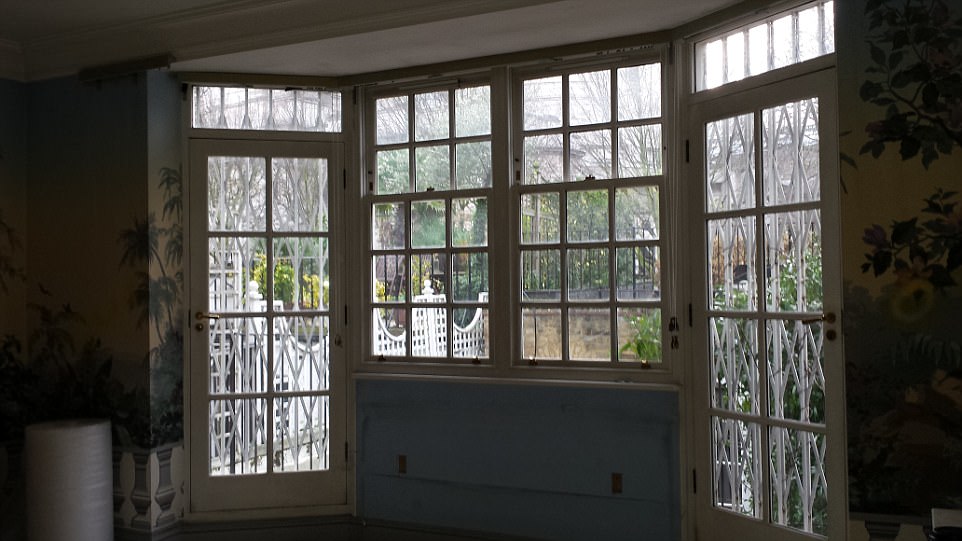 The before photos show how dark the property was before Dawn worked on it. She added windows and let the light flood in, as well as grooming the garden and adding decking 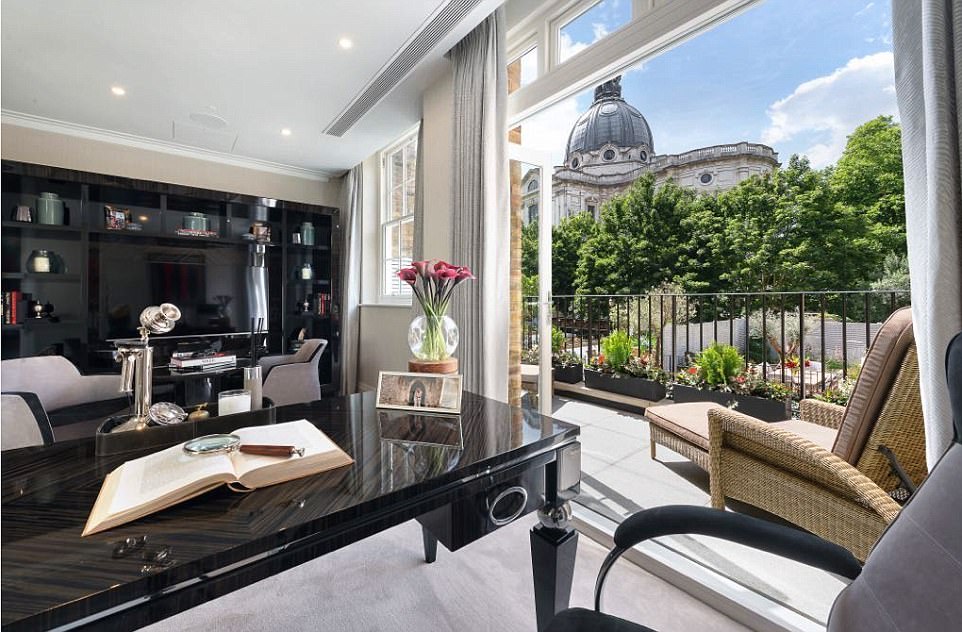 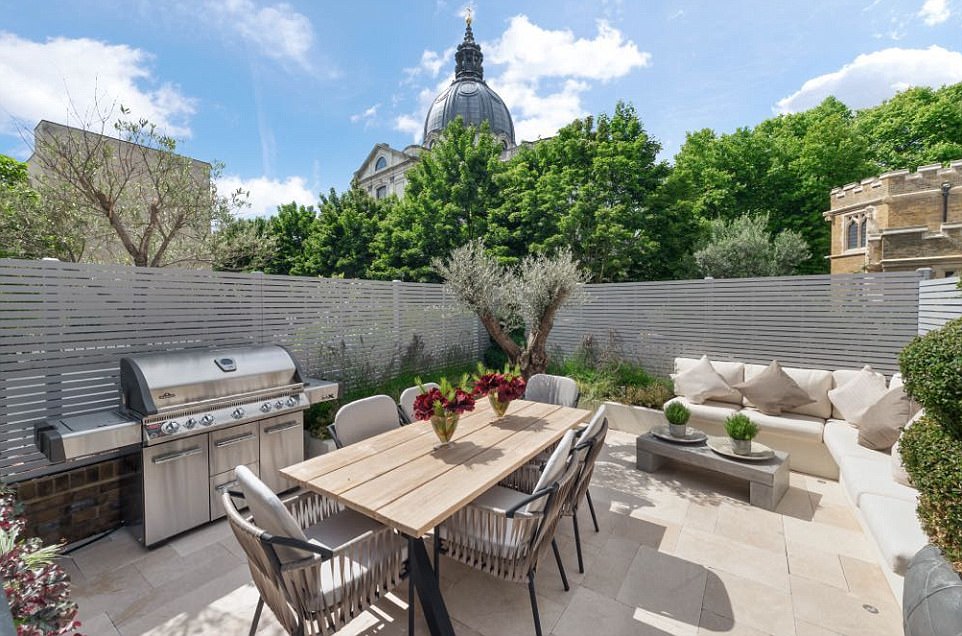 It’s little surprise that Dawn, 43, knows about the finer things in life; she lives in a lavish and sprawling mansion with her husband Ashley and four daughters 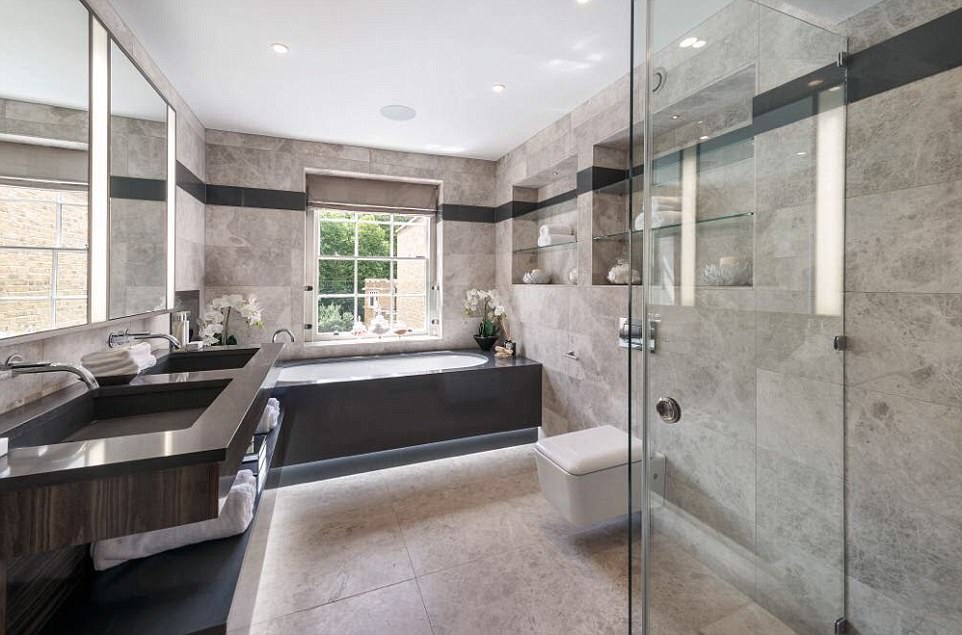 ‘Kitchens and bathrooms are very important when adding value to a house,’ she said. ‘One of the things I always make sure, is that any kitchen / bathroom design always has plenty of storage. Storage is very important’

The couple also created a charming garden and terrace at the rear of the house and even added a lift to the property so that the new owners can navigate the floors more easily.

There’s also a cosy cinema room and a modern gym housed within the property’s basement.

It’s little surprise that Dawn, 43, knows about the finer things in life. She spends thousands of pounds on Champagne every year, has a hair salon in her ten-bedroom mansion and has become a multi-millionaire in her own right.

The mother-of-four lives in Warford Hall in Cheshire, which sprawls over 12 acres, boasts six bedrooms, as well as a three bedroom and two bedroom flat. 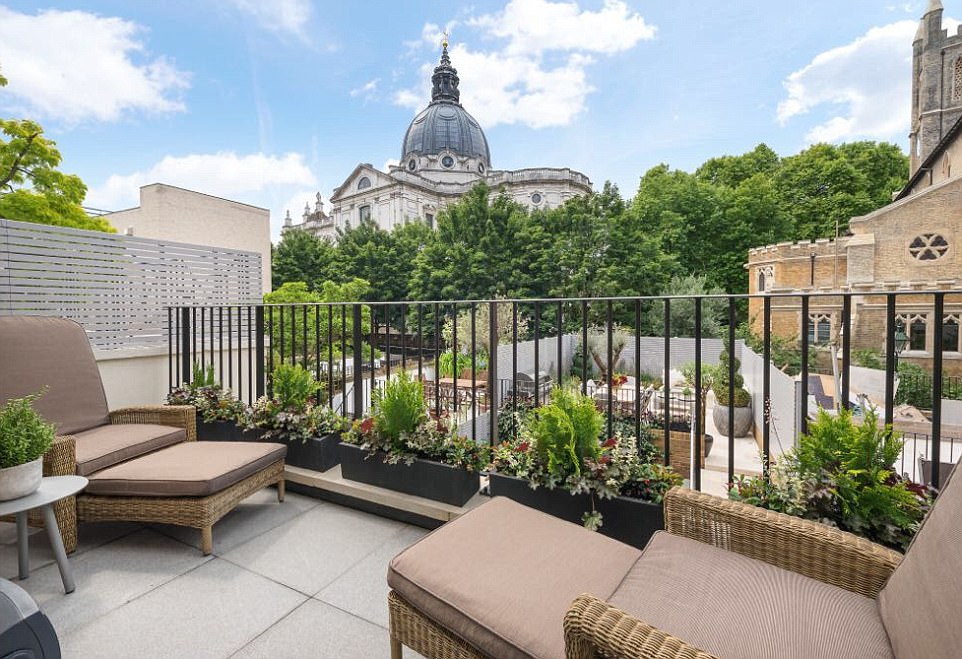