The glamorous WAG is known for her expensive interior taste and elaborately decorated (and incredibly expensive) children’s rooms.

And on Tuesday, busy mum Rebecca Judd revealed she had designed a new range for Adairs Kids.

The 34-year-old appeared to be shooting the new collection for the manchester brand with her four young children.

A long-time collaborator with the homewares brand is just one of her many professional partnerships, which also includes: The Skincare Company, Melbourne City Landrover and jeweller Paul Bram.

‘Today we are shooting the new range I designed for @adairskids at home. It’s pretty epic and just in time for Christmas,’ she captioned a picture of her three-year-old daughter Billie on a children’s bed.

The youngster was cuddled up on a velvet quilt, as a star-shaped cushion and floral arrangement added a girly touch to the room. 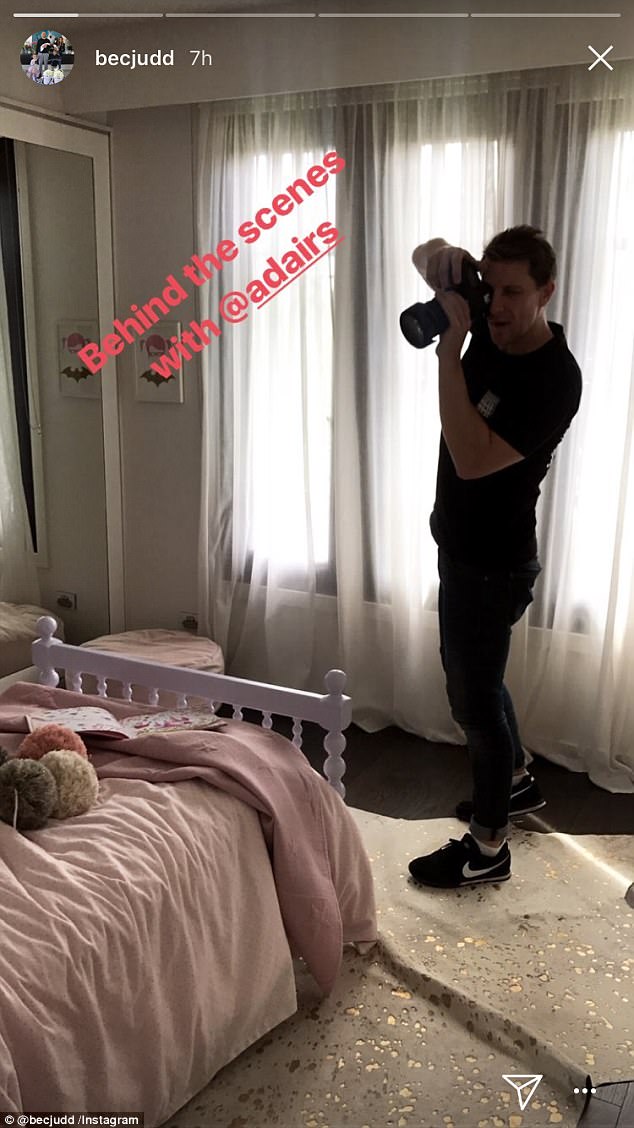 ‘Today we are shooting the new range I designed for @adairskids at home’: Sharing a behind-the-scenes shot, a photographer could be seen capturing Billie’s pink bed with pom-poms and colouring books spread across the blankets 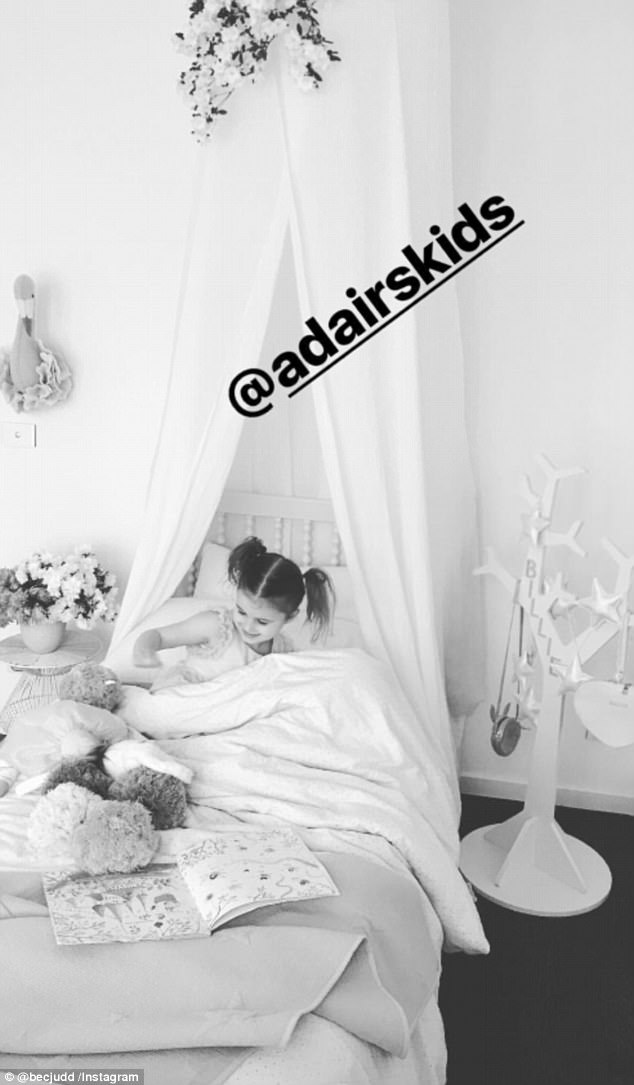 Adorable! The youngster posed on top off and below the covers of her pink quilted bed as her hair was placed piggytails

Bec, who also designs other ranges for Adairs, added: ‘have another sell out velvet quilt in my adults @adairs range to share. You will DIE! Stay tuned…..’

The model and media personality also posted videos of 11-month-old twins Tom and Darcy during the day.

In matching polkadot onesies, the boys looked full of energy as they played with plush toys in a cot together. 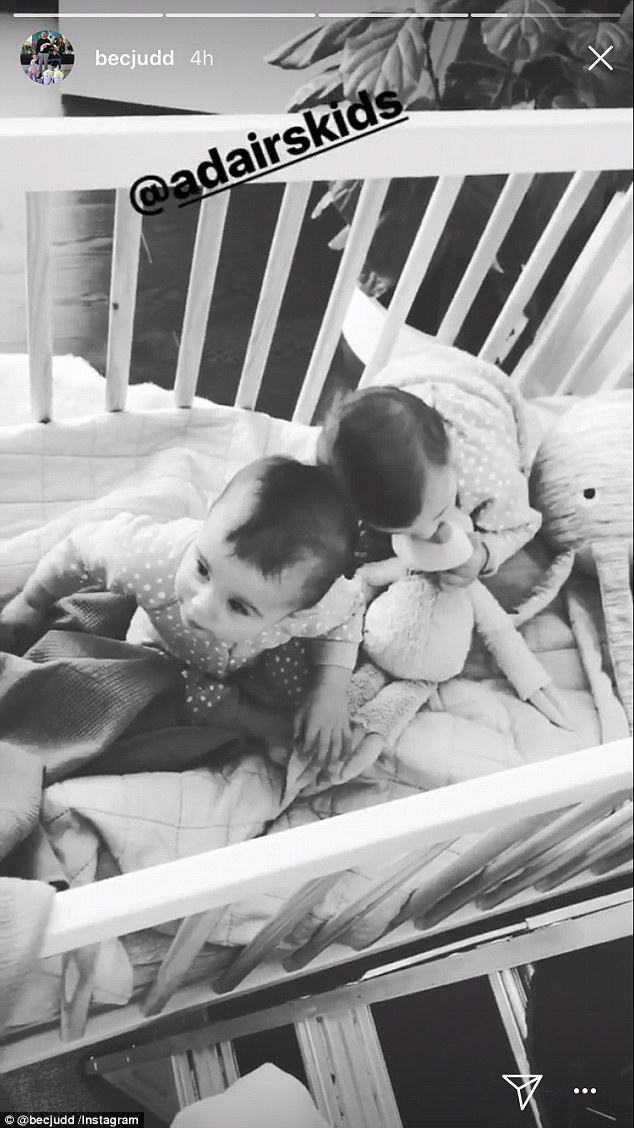 Too cute! In matching polkadot onesies, her 11-month-old twin boys Tom and Darcy looked full of energy as they played with plush toys in a cot 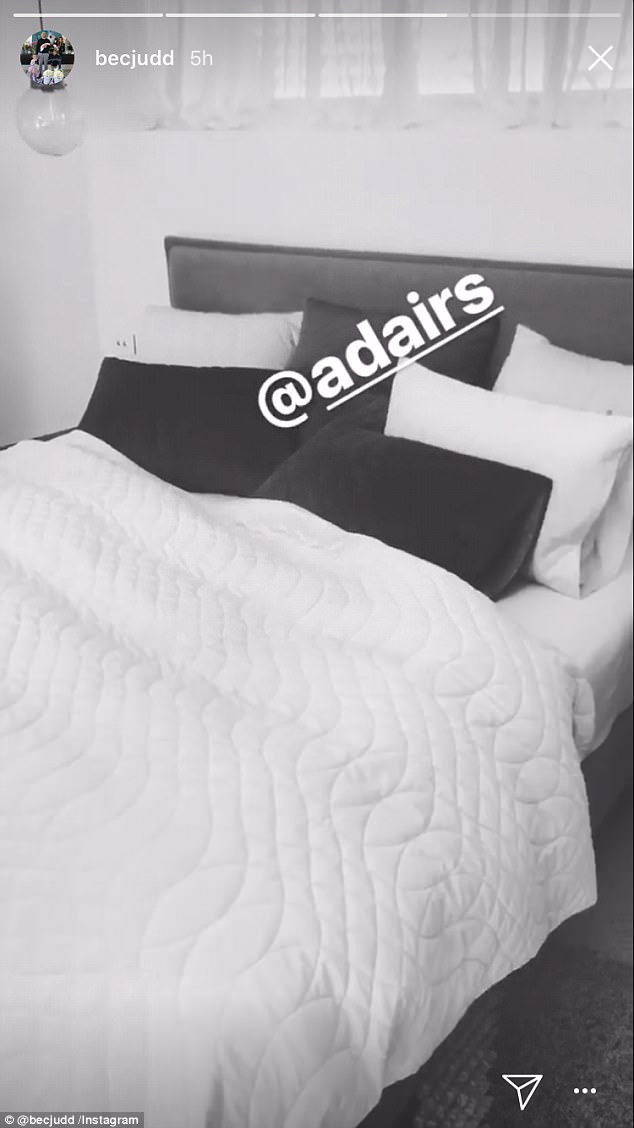 More to come! Rebecca also claimed she also had a new range with the adults Adair range

It’s unsure whether Rebecca herself will appear in the commercial collateral, but she appeared to be dressed as her usual glamorous self.

The TV presenter wore a halterneck playsuit that showed off her svelte figure, while wearing her brunette locks in loose waves.

Sharing another behind-the-scenes shot, a photographer could be seen capturing Billie’s pink bed with pom-poms and colouring books spread across the blankets.

Rebecca also shares six-year-old son Oscar with husband Chris Judd, however he was only seen in the background of one upload.

Both Chris and Rebecca were noticeably absent from AFL’S Brownlows on Monday night. 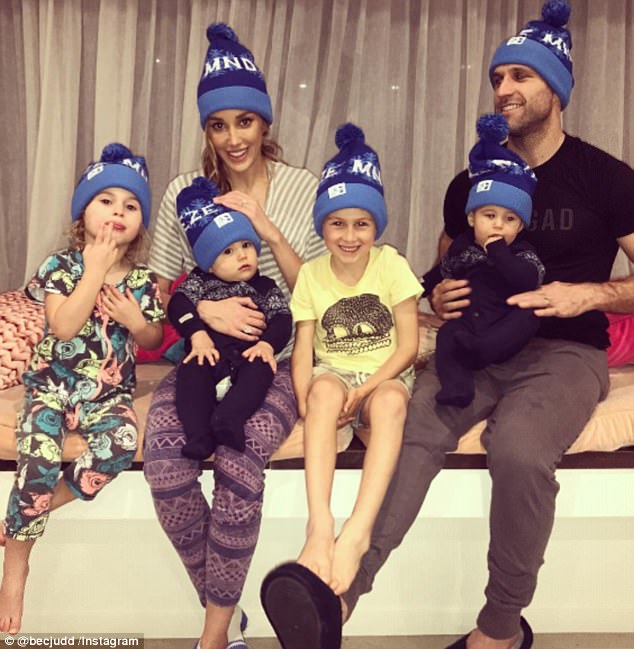