A pregnant mother-of-three who collapsed while doing her make-up and died has been escorted to her final resting place by a police guard of honour.

Megan Fisher, 39, was preparing to head into town in Wagga Wagga, in the NSW Riverina region, on October 5 when the mother-of-three dropped dead.

Her devastated family and friends paid their final respects at her funeral service at Alan Harris McDonald Chapel, in Wagga Wagga in the NSW Riverina, on Thursday.

Ms Fisher’s children lit candles by her side, Mr Owen held back tears as he recalled the moment the pair met, and her coffin was given a police escort to the cemetery. 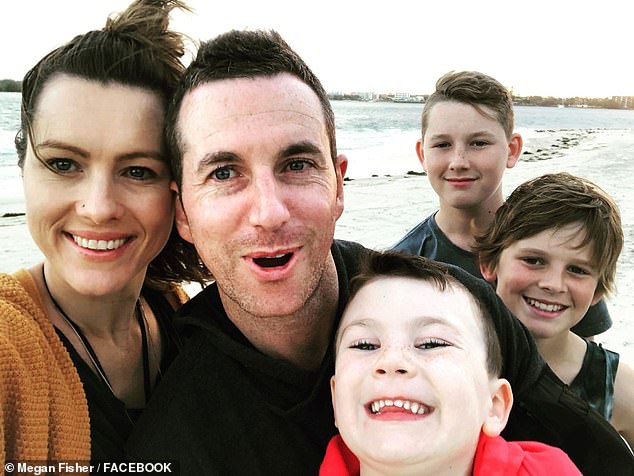 Megan Fisher died unexpectedly while putting on makeup and preparing to head into town at Wagga Wagga, in the NSW Riverina, on October 5

The poem She Is Not Gone was included in the funeral prayer book, which captured the family’s grief and love for the late 39-year-old nutritionist and pre-school worker.

‘Ease your grief, she is not gone, For in your heart she lingers on. Her smile, her laugh, her special way, Will comfort you from day to day,’ the poem read.

‘You’ll feel her presence in the breeze, That dances gently, through the trees. And it’s her face that you shall see, When you’re in need of company.

‘At any time, you can recall, The love you shared… you saved it all. And in time, more than anything, You’ll find peace in remembering.’

In an interview with the Saturday Telegraph, Ms Fisher’s brother Ben described her death as a ‘shock’.

Mr Fisher said that his sibling was ‘fit and healthy’. The cause of her death remains unknown.

‘The more people you talk to, the more you realise everyone has the same opinion that Megan was so loved,’ he told the Telegraph. 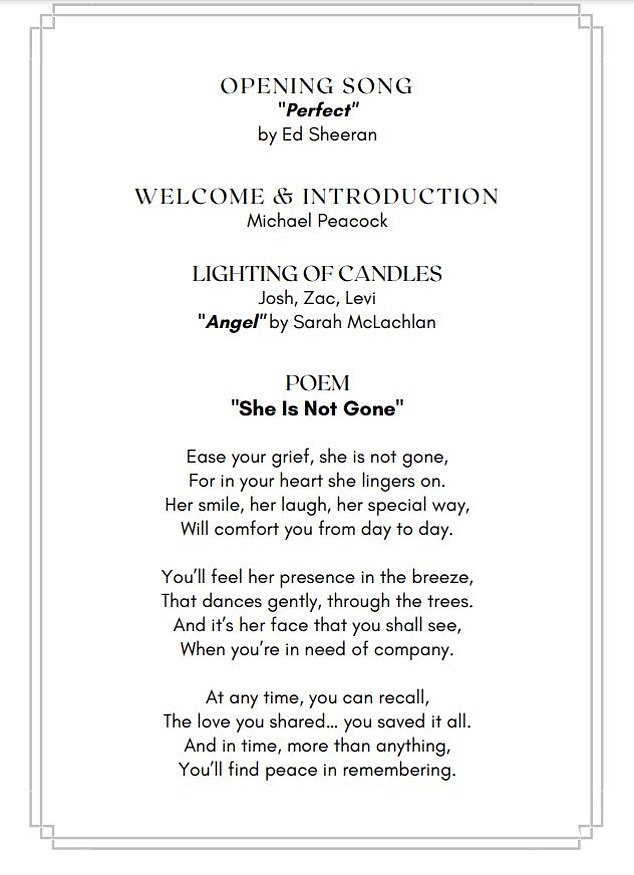 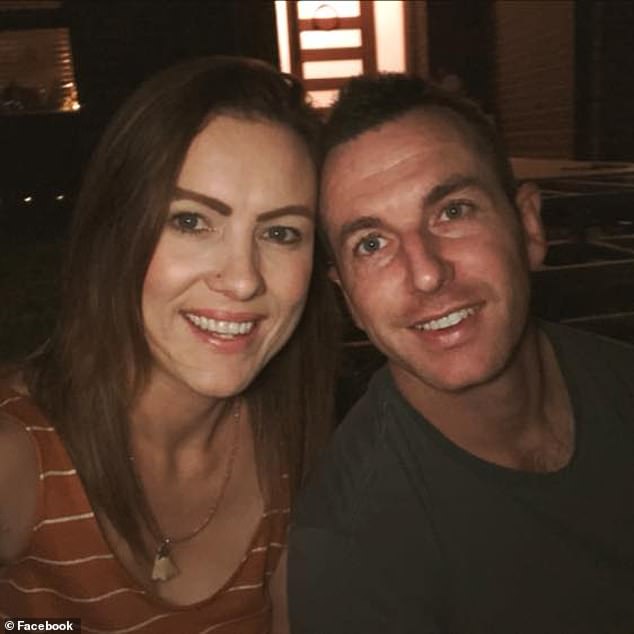 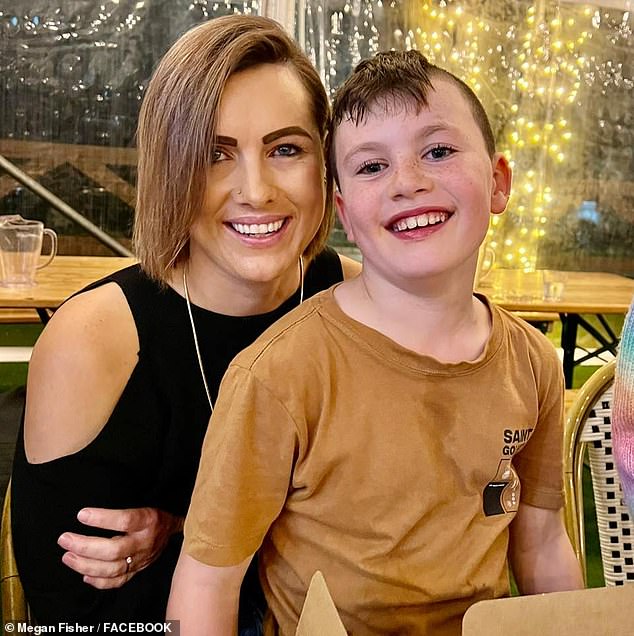 Ms Fisher, pictured with Levi, was pregnant with her fourth child at the time of her death 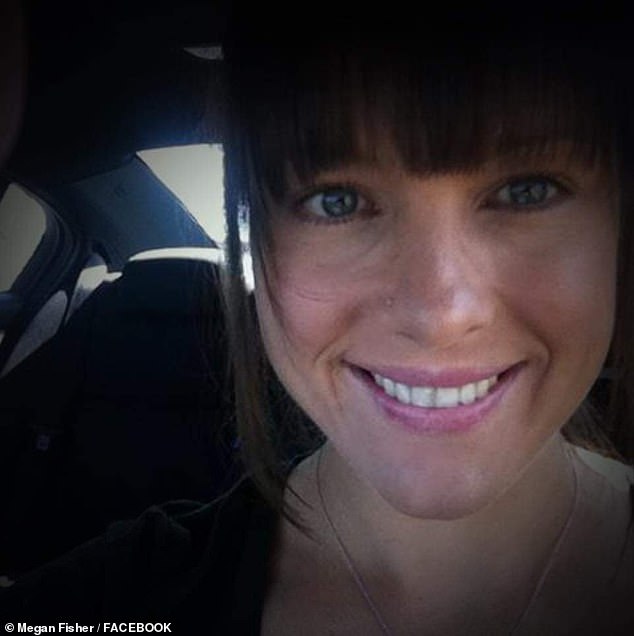 Ms Fisher, 39, was mourned by family and friends, including coworkers at Goodstart Early Learning Estrella, where she was a pre-school teacher

Ms Fisher has been mourned by family and friends, including coworkers at Goodstart Early Learning Estrella, where she was a pre-school teacher.

‘Megan was someone who was warm and kind and easily made beautiful reciprocal relationships with the children in her care,’ the centre wrote on Facebook.

‘She was a wonderful, inspiring and generous educator, coworker and friend. She will be greatly missed by all that knew her.’

Ms Fisher also worked as a nutritionist for NSW Health, expertise that she brought to the classroom.

Condolences have poured in from across town – including from the Wagga City Wanderers soccer club – where Mr Owen coached the under-18s boys team, and other prominent locals.

Family friends set up a fundraiser through NSW Police Legacy that attracted donations from more than 500 people and raised $43,000 for the family. 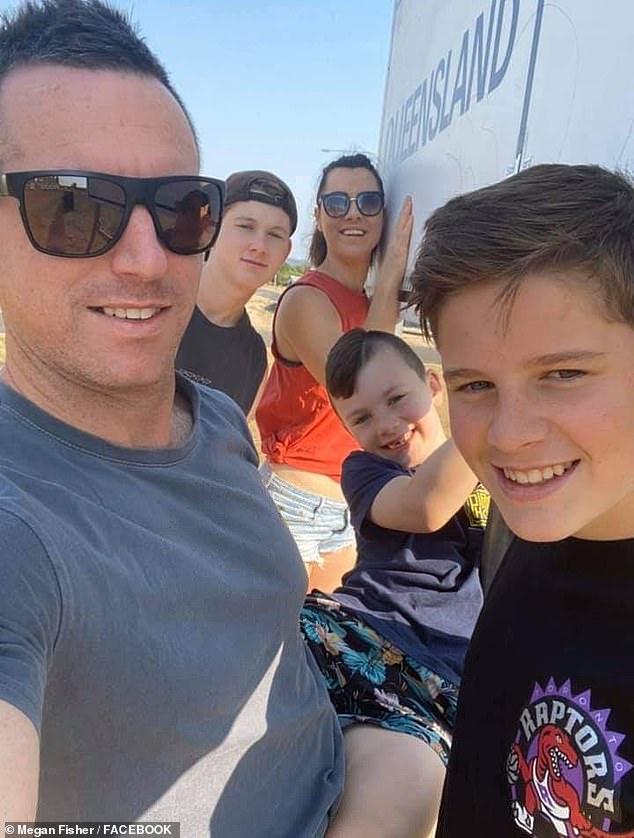 Colleagues of her longtime partner Matt Owen, a policeman and mortgage broker in Wagga Wagga in the NSW Riverina, raised more than $43,000 for the family 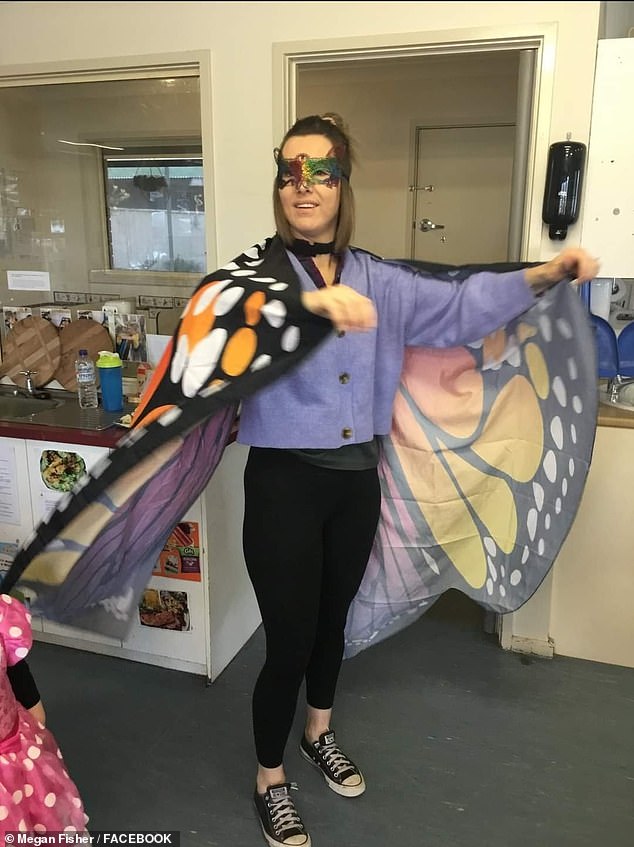 Ms Fisher also worked as a nutritionist for NSW Health, expertise that she brought to the classroom