A nine-year-old boy has tragically drowned after silently slipping beneath the water at a public pool.

The young boy was dragged unconscious from the water at Waikerie Pool on Lawrie Terrace in South Australia’s Riverland region at 3.30pm on Saturday.

Emergency services were called to the scene and paramedics attempted to revive the boy before he was rushed to Waikerie Hospital where he died.

The incident prompted the swimming centre to close early with the death sending shockwaves throughout the small town, which has a population of just 2,600 people.

The young boy was dragged unconscious from the water at Waikerie Pool on Lawrie Terrace in the Riverland region of South Australia, at 3.30pm on Saturday

‘Our thoughts are with the family involved as well as the lifeguards, first responders and others present at the time,’ Waikerie Community Pool posted on Facebook.

Residents shared their heartbreak at the tragic incident that unfolded just weeks out from Christmas.

Sandra, who lives opposite the pool, described it as a ‘very sad day’.

‘Kids should feel safe at the pool, especially considering the river is unsafe,’ she said.

‘My heart goes out to the family and I feel for the lifeguards.’

Mayor of Loxton and Waikerie Trevor Norton extended his condolences to the family.

‘I don’t really have anything other to say than how saddened we are by it,’ he said.

His comments added to a statement released by District Council of Loxton Waikerie on Facebook.

‘It is with sadness that we let the community know of a fatal incident that occurred yesterday at the Waikerie Swimming Centre,’ the post read. 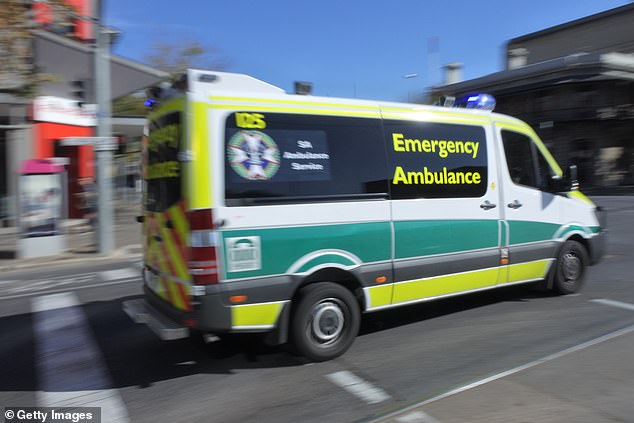 ‘We extend our deep condolences to the parents and family that lost their loved one.’

‘We are in shock that this has occurred in our community and it is difficult to find the words to offer comfort in a time of extreme grief.

‘We will look to offer counselling support to the community and especially the community members who were present at such a traumatic event.’

South Australia Police said officers were preparing a report for the coroner.