The contested set-piece work-out in Bristol will be staged five days before both countries launch their autumn Test schedules, with England hosting Argentina and Wales entertaining Australia.

The session will be overseen by top Welsh referee Nigel Owens, who controlled the 2015 World Cup final between New Zealand and Australia.

‘It originated out of a conversation I had with (England forwards coach) Steve Borthwick about three or fours weeks ago, just floating the idea about whether he would be interested in meeting halfway for a session,’ Wales head coach Gatland said.

‘He said he would need to check it with (England head coach) Eddie (Jones) and clear it with him, and he came back and said it was all go.

‘Given our proximity, it is a great idea to be able to do that. We are looking forward to it. It should be good for both teams.

‘I think it will be well managed. We are doing some lineouts against each other, then have a good scrummaging session. Both sets of forwards need to get as much out of it as possible.

‘If we both get something out of it, it is definitely something that we could look at for the future, maybe before summer tours.

‘If we can both benefit out of it, and it means that going forward it is going to help both (countries’) preparations for the World Cup and hopefully success in the World Cup, it is something we should look to do.

‘We will see how Monday goes, and hopefully it is a good experience for both sets of forwards.’

Gatland last week named a 36-man squad for the autumn Tests against Australia, Georgia, New Zealand and South Africa, with most public selection debate likely to revolve around Wales’ 10-12 axis, given that vastly-experienced centres Jamie Roberts and Scott Williams were both left out. 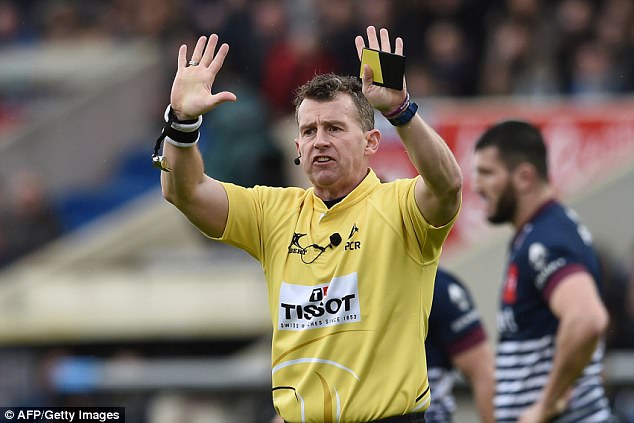 The Australia clash will be Gatland’s first in charge of Wales for more than a year – he spent the 2016-17 season on British and Irish Lions duty – and he is relishing the start of a 24-month World Cup countdown.

‘I am very excited,’ he added. ‘We spoke last week about the countdown of the next two years.

‘I need to stress we can win the World Cup. We know we need to stay healthy and not pick up too many injuries.

‘What is exciting for us about this group of players is their age-profile and experience. We should be able to go in with a fantastic balance of youth and experience.’