A fish and chip shop owner has been arrested on suspicion of murdering his wife after she died of burns from boiling oil.

Grandmother Mavis Bran, 69, died after 320F (160C) liquid fell on her at the takeaway she owned with her husband Geoff, 70, in the Welsh village of Hermon on October 23.

She died six days later after sustaining burns to 30 per cent of her body.

Grandmother Mavis Bran, 69 (pictured) died after 320F (160C) liquid fell on her at the takeaway she owned with her husband Geoff, 70, in Hermon, Wales 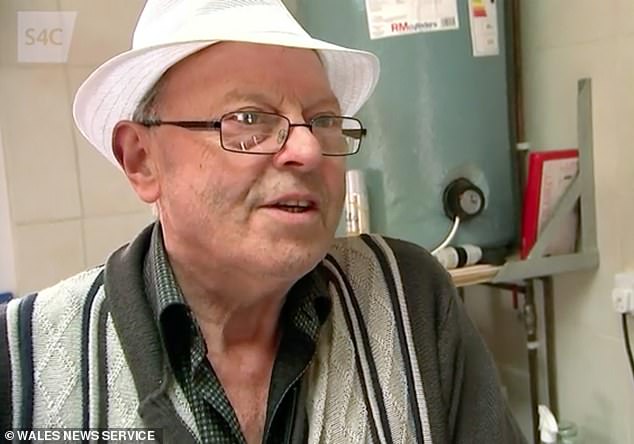 Neighbours told of their shock saying the couple were devoted to each other and they had never seen them arguing.

One villager said: ‘It has come as a surprise, they always seemed a loving couple.

‘We heard she slipped and pulled the deep fat fryer onto herself.’

The couple came out of retirement after moving to their £550,000 home in the Welsh countryside and getting ‘bored’ in January, so they decided to open up their own takeaway, calling it Chipoteria.

The couple worked hard to build the tiny takeaway in the grounds of their home, which was sealed off by police and a sign saying ‘closed due to illness’ after the incident last month.

Neighbours said they had heard screams after Mrs Bran sustained her horrific burns.

They said she had slipped in the kitchen and grabbed the deep fat fryer to steady herself, which saw the burning liquid pour over her.

A Dyfed-Powys Police spokesman said today: ‘We have re-arrested a 70-year-old man in connection with the death of a 69-year-old woman from Hermon.

‘The man has been arrested on suspicion of murder and remains in police custody at this time.’

Mrs Bran was known for cheering up the elderly and vulnerable with hearty meals – and not charging a penny.

She and her husband had owned several pubs and restaurants in their time, where she was the chef and he looked after the bar.

The couple built the log-cabin style restaurant in the grounds of their house and Mrs Bran came up with the name Chipoteria.

Within weeks people were driving from miles around to small her menu.

Just a month before the tragedy, Welsh language TV channel S4C filmed a feature on the quirky wooden shack next to the couple’s eight-bedroomed home. 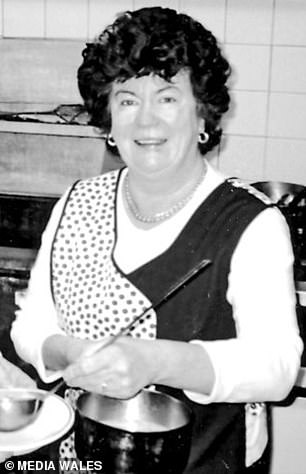 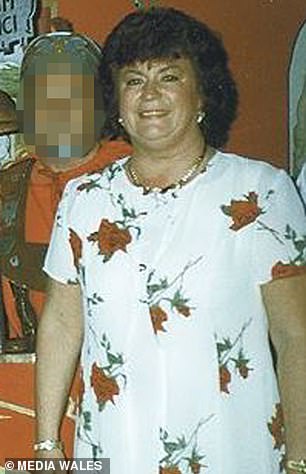 Tragic: Mrs Bran (pictured when she was younger) was known as a ‘wonderful cook’, making meals for the elderly for free

Shocked next-door neighbour Vee Gower, 78, who was with Mrs Bran just 45 minutes before she was burned, said: ‘We had just got back from Spain and because she’s so lovely and neighbourly we bought her a bottle of brandy.

‘She was her usual bouncy self, full of life and asking us about our holiday.

‘My husband and Mavis had a little nip of the brandy just to have a taste.’

‘She was an amazing cook and fed some of the elderly folk here in the village.

‘At Christmas she would have 15 family members around but she would cook enough for 50 people.’

Pensioner Bronwen Evans, 83, who lives in the village paid tribute to the grandmother’s kindness while she was receiving from a knee operation.

Mrs Evans said: ‘She was a fantastic cook and so kind to everyone.

‘She bought me a meal every day and was always so full of fun – she was very good to everyone here and will be a huge loss to the community.’

The couple had both been married before – Mr Bran had a daughter and Mrs Bran a son, but they had no children together.

The fish and chip shop has stayed closed since Mrs Bran’s death.

It is understood there was no customers in the chip shop at the time but Dyfed Powys police want to speak to anyone who visited between 12pm and 3pm on October 23. 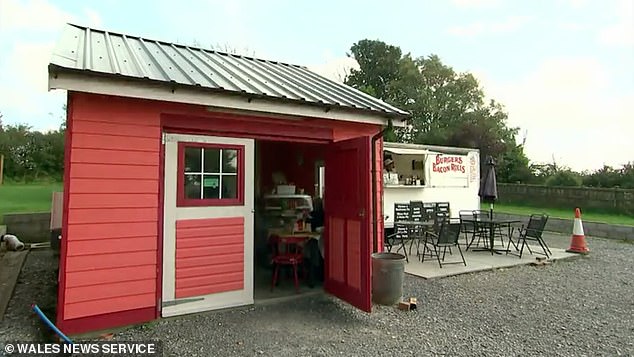 Pictured: Geoff and Mavis Bran built the Chipoteria takeaway in the grounds of their home in Hermon, Carmarthenshire, West Wales