Both drugstore chains will be using the test developed by Illinois-based Abbott Laboratories, which has been praised by President Donald Trump.

CVS said it was launching two locations that could handle 1,000 tests per day, while Walgreens says its 15 sites will perform 3,000 per day.

Testing for COVID-19, the disease caused by the new virus, has been slow in the US due to a lack of test kits and other equipment.

While more than 436,000 people in America have tested positive for the virus, officials believe there are the undercounted cases because of a shortage of kits.

Walgreens is opening 15 coronavirus testing locations including in states such as Arizona, Florida, Illinois, Kentucky, Louisiana, Tennessee and Texas. Pictured: A queue outside of a Walgreens in Brooklyn, New York 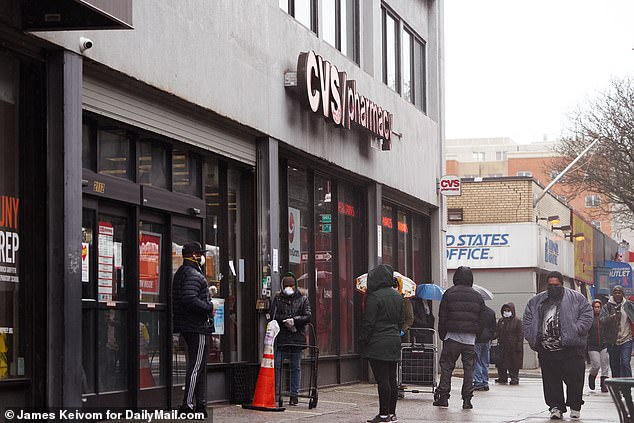 CVS in launching two locations, in Georgia and Rhode Island, with potentially four more to follow. Pictured: People in line at a CVS in the Bronx, New York, April 3 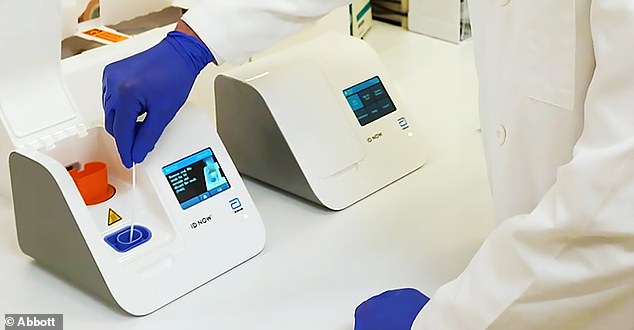 Testing, including at drive-thru sites like these, is also seen as key in fighting the coronavirus pandemic, which has led to sweeping shutdowns of many businesses and mass layoffs.

Abbott said one of the benefits of its test is that it can be used anywhere, including hospitals, urgent care clinics and even doctors’ offices.

‘This is a significant leap forward,’ John Frels, vice president of research and development at Abbott, said in an interview with Reuters.

‘You can get a positive result in five minutes and a negative result in 13 minutes. You can walk into a clinic and literally get results while you are there.’

‘This is the first one on the line,’ Trump said as he took the test out of the box, and called it ‘highly accurate.’

He explained that the US Food and Drug Administration approved Abbott’s new test in just four weeks as opposed to the usual months-long timeline.

Walgreens says it is currently setting up centers to run the Abbott test in Arizona, Florida, Illinois, Kentucky, Louisiana, Tennessee and Texas.

The chain said it is working with the US Department of Health and Human Services to finalize the 15 locations in these states.

Meanwhile, CVS said its two testing sites will be in Georgia at Georgia Tech University and at a casino in Rhode Island, and that up to four more locations will also open. 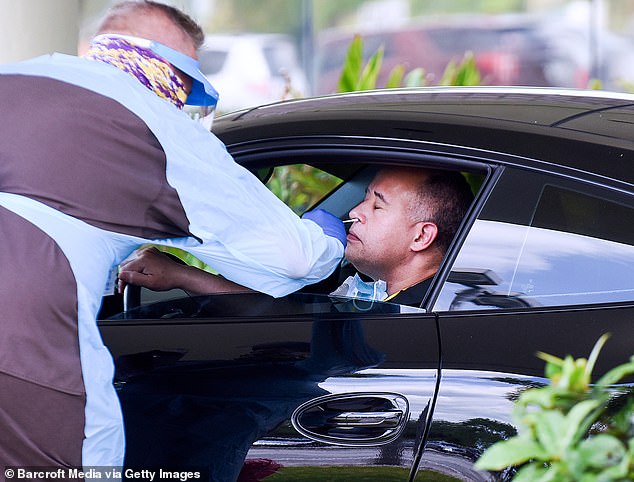 Testing for COVID-19, the disease caused by the new virus, has been slow in the US due to a lack of test kits and other equipment. Pictured: A man in a car gets tested for coronavirus with a nasal swab in Melbourne, Florida, April 8 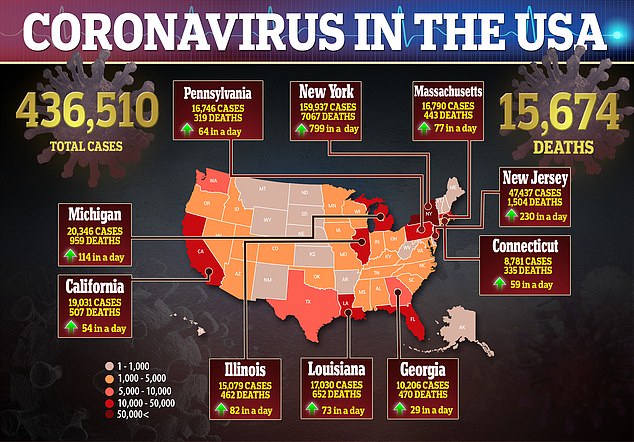 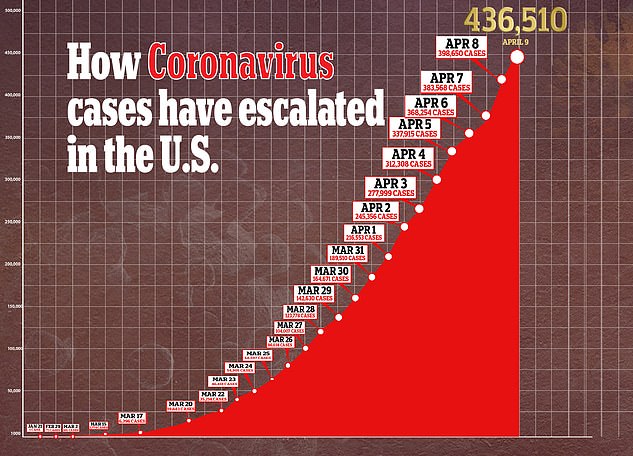 ‘We want to get some experience under our belt with these sites and understand exactly sort of what the volume looks like,’ CVS Chief Medical Officer Troy Brennan told Reuters.

CVS will supply personnel from its MinuteClinic unit to oversee the testing. The states will provide security and protective equipment.

The testing is currently available at no cost to patients and is being paid for by the federal government, CVS said.

Other major pharmacy chains including Target Corp and Walmart Inc pledged in the past to provide space for drive-through sites in their parking lots.